How The Inpatient Turns Your Own Senses Against You 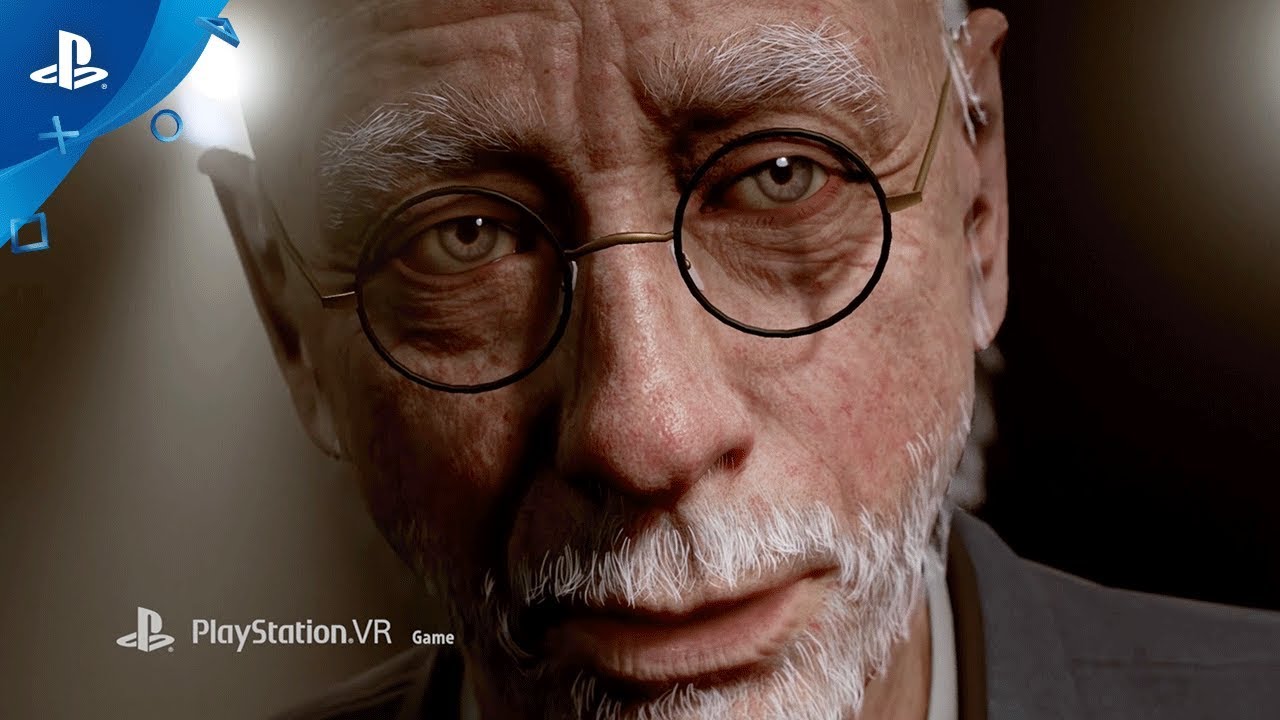 As a kid, I couldn’t walk past a line of railings without running my fingers along them. It’s a tendency I still lean towards today an adult, grazing my hand along walls, fences; coarse or smooth, touch reinforces my awareness of the world. Sometimes I feel more than any other of the five senses, somatosensation ties me most strongly to my surroundings.

Smell and taste can transport me elsewhere, my vision can trick me into seeing things that don’t exist. Sounds are open to interpretation. Touch, though? That’s my link to here and now. To what’s real.

And in upcoming PS VR game The Inpatient, it’s what I use to ground myself, thanks to just one of the subtle but distinct details creator Supermassive Games has developed. I recently visited Supermassive Games and was privy to a new portion of the game. I found myself in a tiny cell for most of my play session, and for all the horrors – both everyday and fantastical – I witness, I find odd comfort in reaching out and touching the nearest wall. The tactile feedback in my PS Move controller generates a sensory solidity that feels, well, real.

“We use the velocity of the objects involved to tailor the vibration to your expectation,” explains game director Nik Bowen of the fine-tuning his team has done to the controller’s gyro-functionality. “This is why running your hand against a wall feels drastically different to punching it – it’s amazingly realistic.”

After a quarter of an hour in the horror house that is Blackwood, I concur. And it doesn’t matter whether you use twin PS Move controllers or a DualShock 4 — you’ll feel like you’re there.

And there’s plenty of feedback to experience. Even my simple cell (with its locked door and barred windows, ‘cell’ rather than ‘hospital room’ is the word that springs to mind in describing my environment) is littered with objects to interact with. Mugs, light switches, books. Be it flipping paper over to read a doctor’s scribbled notes or gripping a sandwich with both virtual hands, the motion is as instinctive as it is pleasurable — though, sadly, I couldn’t swipe a sammie from my cell-mate’s/fellow patient’s clutches.

Not everything is tailored to unravelling the mysteries of Blackwood. “This is something we were very mindful of,” Bowen responds when asked if the heightened interactivity users experience with PS VR dictated how populated the world was with objects. But investigation isn’t just cursory. Examining whatever you can get your hands on (“We kept objects you can interact with within easy reach.”) is important. Some items will trigger memories.

These items and memories will aid you in solving the puzzles of the sanatorium’s recent history and the reasons for your current incarceration. But you don’t have to see to absorb; cocking your head to one side will help you hear snippets of conversation as staff pass by your door. Sound plays its part too.

In fact, Bowen stresses that The Inpatient’s audio is critical to the experience. Binaural audio, which gives players a sense of where sounds originate from in a 3D space, makes perfect sense for a game that plays (or preys) on players’ perceptions. Bowen states that the studio plans to “inform and unsettle” with the soundscape shifting between noises that are easily explainable, such as the skin-crawling scuttling of insects, and those that are not as you’re forced into situations that feel and sound like a living nightmare.

“The dreams that feature in the game are some of the richest in terms of awesome audio effects,” Bowen says, taking care not to delve into too much detail for fear of spoilers. The studio layers multiple natural sounds to add an edge of creepiness. I can attest to their effectiveness: weeks on, I’m still trying to isolate what normal audio was combined to make the stomach-dropping sound of a person’s neck being unnaturally twisted to make their head face me.

Even mundane objects take on a distorted, unsettling tone in these dreamscapes, making me question whether I’m asleep or stuck in a living nightmare. Supermassive Games won’t tell me. I reach out and touch a wall to test my theory that I’m simply lost in a vivid, horrifying dream. A harsh vibration rattles up my arm. Touch tells me this is all too real. Discordant sounds that are starting to echo louder in my ears make me too terrified to close my eyes. My senses are being turned against me… which is exactly what Supermassive wants. And I’ll have to wait until January 23, 2018 to find out whether there’s any escape.