What It Means To Be A Hole In Donut County 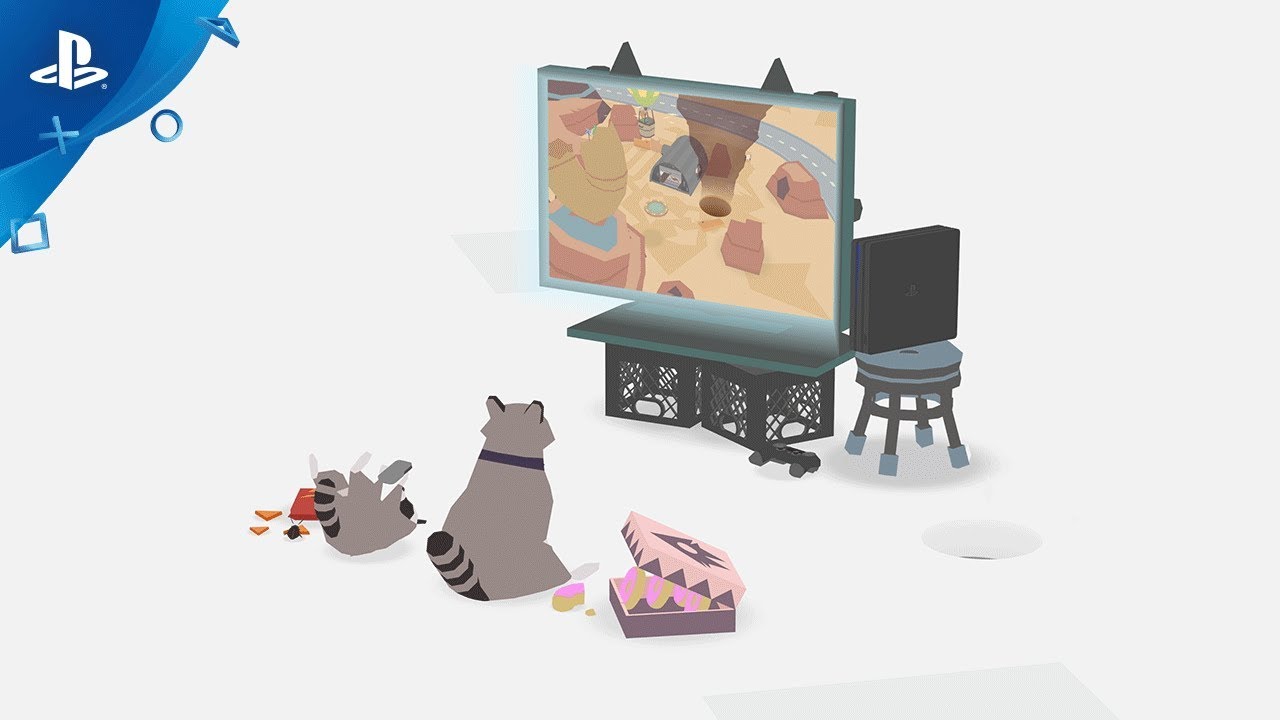 Disclaimer: This Story is Full of Holes

Donut County is a game where you play as a hole in the ground. It still feels ridiculous to say it, because it shouldn’t have worked. You move around a tiny hole, you make stuff fall in, and the hole gets bigger. Often you have to wiggle things inside that are just a bit too big. Eventually you can demolish buildings, drain rivers, and star in your own adorable disaster movie. It’s as simple as that, or at least… that’s how it started.

I’ll be honest. When I first prototyped Donut County in 2012, it started as a joke. It was the weekend of Molyjam, a 48 hour game jam dedicated to making games inspired by jokes inspired by the work of the ambitious game designer Peter Molyneux. The idea was simple, to make a game where you controlled… nothing. Well, the absence of something. Okay, a hole in the ground. I wasn’t sure it would be fun at all, but once I got the hole moving around, collecting things and growing, I fell in love. I needed to get to the bottom of it. I needed to figure out what was so captivating about the hole.

Sorry to any preschool teachers reading this, but it’s fun to fit a square peg through a round hole. I love to tip over a nice stack of pots and hear them shatter into bits. It’s satisfying to tidy up every last bit of junk on the floor. Playing as the mysterious little hole scratches an itch that I can’t fully explain… it feels surprisingly human.

There’s a lot more to the hole than just collecting things, though. The objects you collect don’t really disappear. Swallow a campfire and your hole catches on fire. Drop some corn inside, popcorn comes flying out. The puzzles only get weirder from there. The most important thing is that in the end, the hole always eats everything.

Holes are truly weird. The more you look at one, the more it seems like it’s not there. I realized pretty early on that the game isn’t just about holes… it’s really about everything that goes inside the hole. It’s about the ground that the hole is in. That’s why it’s called Donut County. It’s about a place. It’s about all the people that live there, and all their junk that gets eaten up.

It makes sense then that in Donut County you play as the villain: a witless raccoon named BK. BK works for a big raccoon tech company that opens up holes to steal people’s trash. It’s a classic raccoon story.

The game takes place six weeks after the hole-pocalypse and everyone from Donut County is sitting at the bottom of the hole, including BK. The Donut County residents take turns telling tales of when BK swallowed them up with the hole. Will BK ever learn anything? Why would he stop when stealing stuff with the hole is so satisfying?

In the end, Donut County is about so much more than holes. It’s a story about donuts, tech exceptionalism, and raccoon redemption. It’s inspired by my favorite city, Los Angeles. It’s been a pleasure to make. I’m really grateful that I got to explore such a weird and satisfying idea, and I’m really excited to announce that Donut County is coming to PlayStation 4 next year.