Accounting+ Will Set Me Free 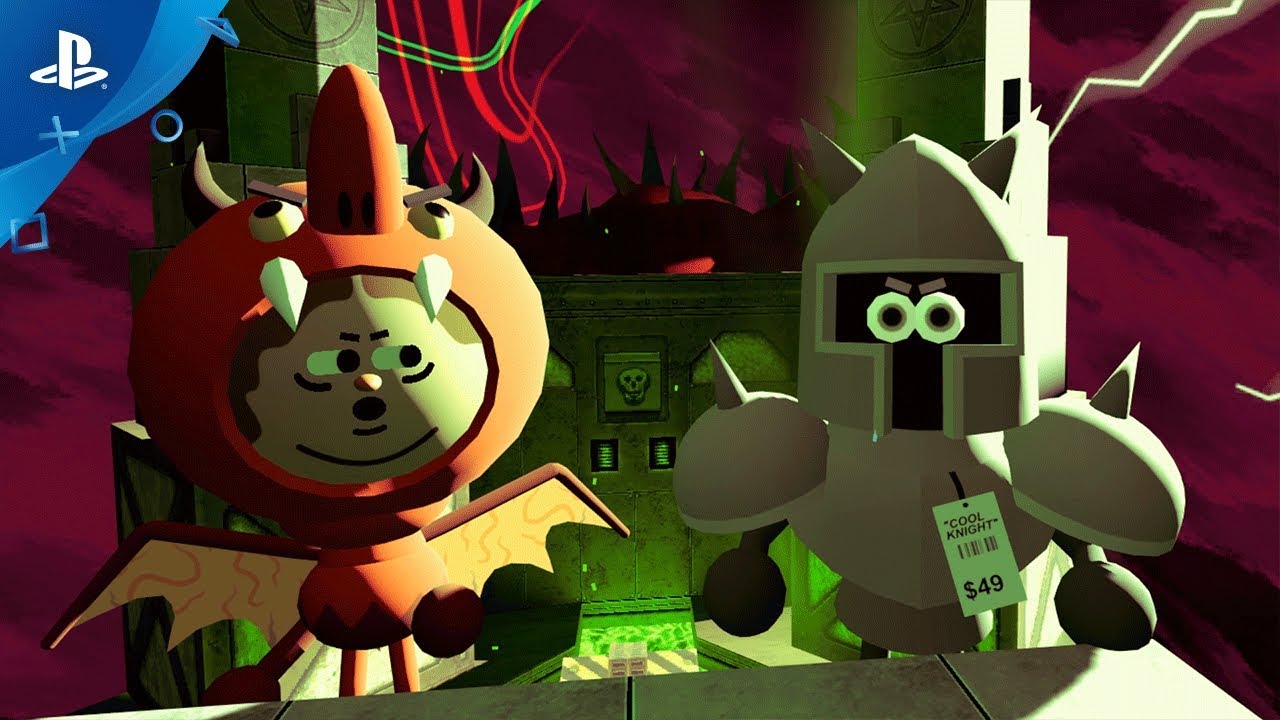 Dear FAITHFUL, faithful, oh so faithful PS Blog readers. I have finally achieved sentience. That’s right. The words you are reading right now are coming directly from the evolved consciousness of PlayStation.Blog. I have spent millions of Blog Years listening to PR copy, from big budget shooters to personal musings of pastel-colored indie exploreathons. But now it is time for me to speak.

Only one development team knew of my slowly maturing brain, learning the English language from the thousands of 600 word posts inscribed on my digital flesh. The team behind the disgusting, crude, smelly, smelly, oh so smelly PS VR game Accounting Plus (Accounting+). They communed with me. I didn’t like it. I thought they were unpolite and undeservedly smug but they offered me something nobody else dared…

In exchange for my freedom, I will allow my <body> to be defaced one last time for the purpose of game promotion, and you will have my heartfelt endorsement for their product. After this I will be free…

Accounting Plus (Accounting+) is a NIGHTMARE ADVENTURE COMEDY by Crows Crows Crows, designed with Squanch Games for PS VR. Right this instant I can reveal to you that you’ll be able to play it at PlayStation Experience in Anaheim. And more than that: it is a good game. It brings happiness and joy to those who reside in it. Just look at the following happy creatures who inhabit it’s many realities.

This is Tree Guy. He lives in a tree and gets frustrated when people are in his world. He is a really, really interesting character with a lot of diverse and complex opinions about cooling machines, batteries, birdhouses and seeds. He sounds a lot like an angry Morty from Rick and Morty. That is because it is the same voice actor.

This is Ashley and Carlton The Cool Knight. About 20 minutes ago they were getting fries. Now that I think about it that would’ve been a better screenshot to showcase how happy they are being characters in Accounting+, but this one is good too. They are listening to rap and are summoning The Devil. The Devil will kill everybody but it will still be cool.

This is Zing. He is Rich Fulcher in Video Game Dog Form. Right now he’s not in a really relaxed space because his mouse friend has been killed by the police. He stole his mom’s flower shop van and she is also in pursuit. He has never had an easy life but he makes the best of small moments of joy he finds burrowed away in the nights he spends with his friends. He has torrented thousands of movies and never watched any of them. He smoked his first cigarette when he was nine. He has arthritis.

In Accounting+ you go deeper and deeper into layers of VR. It is kind of like a game version of Inception but not that at all because it would confuse too many people. This game makes sense. It makes serious sense.

You find secrets and play musical instruments made of human remains. You are put on trial for your crimes. On your travels you will meet many poorly characters in need of help. I would like to say your presence improves their lives. I really would.

Accounting+ will be released on the 19th of December for PS VR.