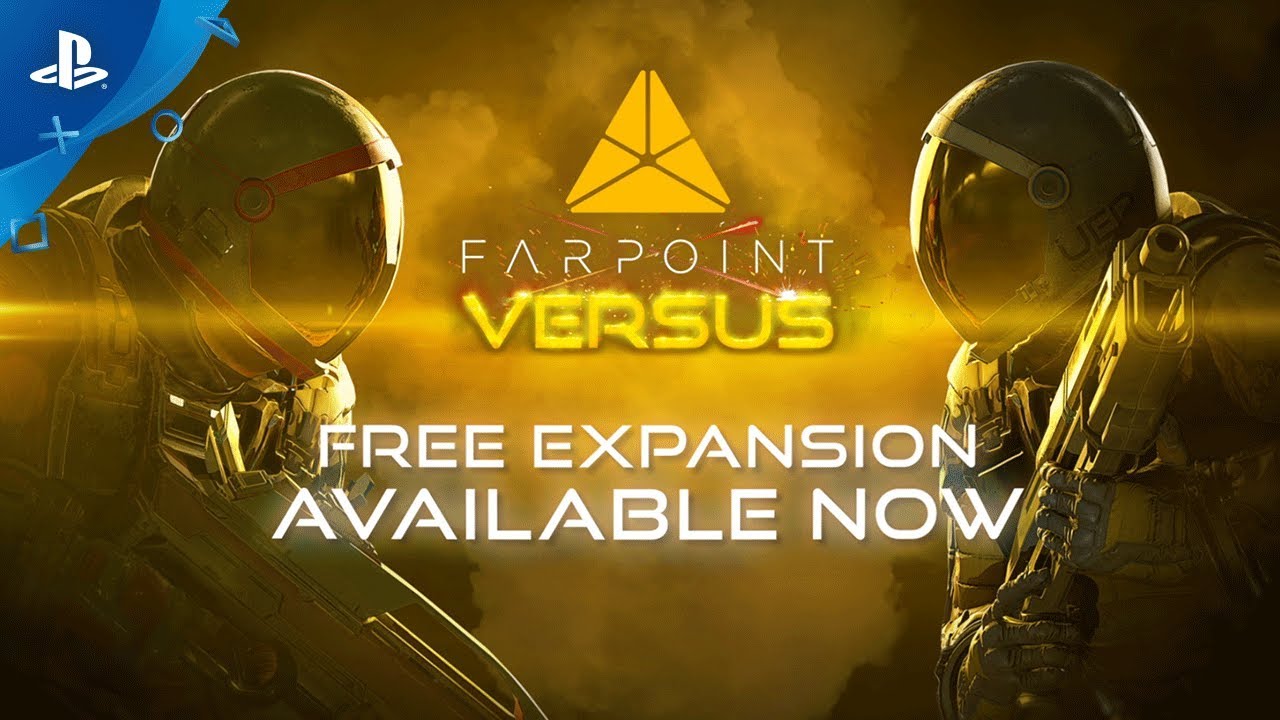 The team at Impulse Gear is excited to bring you the Farpoint Versus Expansion Pack. The Versus Expansion Pack is free for all Farpoint owners and features two new PvP modes that pit two players with active PS Plus memberships against each other. In a unique twist, players can spawn enemy creatures from the planet and use them strategically to gain an advantage. In addition to the new modes, the Versus Expansion Pack also includes three new player skins and 15 new weapons which are unlocked by gaining Player and Weapon XP.

Starting off with the two new PvP modes – Deathmatch and Uplink. In Uplink, communication relays are dropped into the play area and players must capture and hold them to gain points. Killing the other player and their enemy AI will also award points.

Both Deathmatch and Uplink are based on a system of rounds. You need to win two out of three rounds on each map to be declared the winner. Every round takes place in a different/separate area of one of three new maps – Underworld, Pipeline, and Permafrost – each with three areas, so you need to learn the layout of each area to master a map.

A key part of the gameplay is capturing enemy spawn points. If you capture them the enemies will fight on your side. Each enemy type has a different function and abilities so choosing which one to spawn, and when, is a tactical decision.

As an example, Grunt enemies will stay near you and act as body guards. Drones will scan and search for the other player. You can follow them to find out where the other player might be hiding. The Goobers act as artillery, lobbing acid balls down on the enemy player and enemy AI. You can only have a limited number of active allies at one time so you will want to be selective who you summon.

That’s not all! The Farpoint Versus Expansion Pack includes three new player skins and 15 new weapons. The new skins and weapons are unlocked by gaining Player and Weapon XP awarded in Challenge, Co-Op and PVP game modes.

Player XP is awarded by the score you receive in any multiplayer mode of Farpoint, whether it’s Challenge, Co-Op or PVP. The score shown at the end of the match will be converted to XP. There is a bonus for playing PVP since in general the PVP scores are lower. This bonus means that you can earn Player XP at the same rate in all of the game modes.

There are 16 player levels in total and you unlock a new player icon for each level. Every five levels unlocks one of the three new player skins.

Weapon XP is awarded by damaging enemies using one of the five base weapon classes; Assault Rifle, Shotgun, Precision Rifle, Plasma Rifle and Spike Gun. The more you use a weapon class the more XP you will earn for that class.

There are 15 levels for each weapon class and you unlock a new weapon in that class every five levels. So, in addition to the five base weapons in Farpoint you know and love there are 15 new ones to unlock. These new weapons are very different from the base weapons and offer all new strategies and methods of play.

In addition to the PvP game mode, the following new features are included in the Versus Expansion Pack: