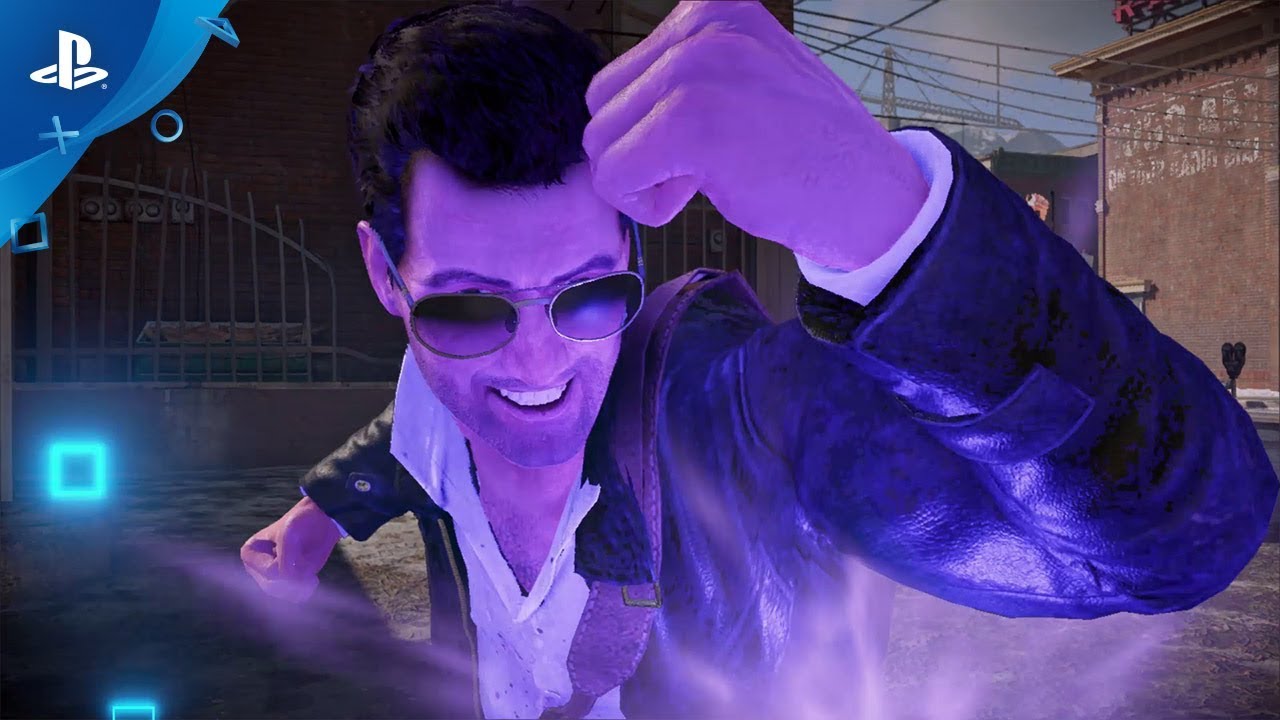 Several years have passed since we’ve had a full Dead Rising release on PlayStation, and thankfully the wait is over as Dead Rising 4 comes to PS4 on December 5. Since some time has passed, now is a great opportunity to reflect on the series’ history and the road to this release, both in terms of the story and the evolution of the core zombie-slaying, open-world action. Considering we’re offering the original Dead Rising as a gift for pre-ordering (at PlayStation Store or Gamestop/EB Games), you’re invited to take the trip down memory lane with us – from Willamette Mall to the entire infected town itself. Let’s look back through the franchise’s history and how it’s evolved from scavenging for helpful objects in a shopping mall to crafting ridiculous combo weapons and mowing down zombies in an armored Exo-Suit.

Dead Rising made its bloody debut in 2006, when the open-world genre was still relatively young. The game stars Frank West, who travels to the town of Willamette, Colorado, to investigate why it’s been quarantined by the government. Frank puts his photojournalistic skills to use in one of gaming’s most memorable introductions – snapping photos of the city’s doomed population as they fall victim to a zombie outbreak. Eventually, Frank finds himself in the Willamette Parkview Mall, where he has three days to investigate the mysterious pandemic before his rescue chopper arrives.

The resulting gameplay of the original Dead Rising is a smorgasbord of zombie-slaying variety. Hundreds of objects are available to slice, bludgeon, and explode the undead into itty bits, from flat-screen TVs to full-on battle axes. Dead Rising ratchets up the tension of surviving Frank’s plight by implementing a timer system and dozens of survivors begging to be rescued. Deadly Psychopaths also defend their mall turf, like Adam the chainsaw-juggling clown (who you can slice and dice with in Dead Rising 4’s new Capcom Heroes mode). That terrifying tension was balanced with the game’s quirky sense of humor, helped in part by Frank’s ever-expanding wardrobe – from fashionable skirts to Servbot masks. These elements combined helped it win a place is would-be zombie killers’ hearts.

A new chapter opened for the series when Dead Rising 2 hit PlayStation 3 in 2010. Chuck Greene, a former motocross champion, takes main stage as the protagonist this time. Chuck competes in a deadly reality TV show that pits daredevils against the undead, in order to earn cash for his daughter Katey’s Zombrex medication, which she needs to hold her infection at bay. The TV shows’ pen of zombies ultimately breaks free, sparking a new infection in Fortune City – a gambling, vice-driven town that gives Las Vegas a run for its money. The plot thickens as Chuck is framed for the outbreak, and he works with reporter Rebecca Chang to discover the true culprits behind it all.

Speaking of journalists, Frank West makes his return to the series in both Dead Rising 2: Off The Record, a reimagining of Dead Rising 2 with West cast as the main hero and in the add-on content Dead Rising 2: Case West, where he makes a colorful ally for Chuck as they dig deeper into the Fortune City incident.

Dead Rising 2 adds more to the series’ formula than a new story and setting. While the glitz, glamour, and trained tigers of Fortune City offer an exotic backdrop do the trusty zombie-slaying action, the true evolution of Dead Rising 2 lies in the gameplay. Frank could use nearly any object as a weapon in the first Dead Rising, but Chuck adds more malicious ingenuity to common items with his handyman skills. Chuck can create lethal improvised weapons like the Paddlesaw by combining a paddle with a chainsaw, or the Defiler by crafting a sledgehammer together with a fire axe (Dead Rising 4 expands combo weapon options even wider). Chuck needs all the tools at his disposal to hunt down caches of Zombrex for Katey, which adds another layer of tension to the constant ticking threat and mounting zombie threat. Thankfully, the addition of co-op enables a friend to join you in Fortune City for a bloodbath. Dead Rising 2’s exciting expansion of the original games’ zombie outbreak gameplay makes it a special entry for the series.

Both Frank and Chuck sit out for Dead Rising 3, which released in 2013. This entry shifts the setting even further west to the city of Los Perdidos, as the young mechanic Nick Ramos fights for his life in yet another outbreak. The military plans to prevent further infection by bombing the city in a number of days. The stakes may be high, but Nick rises to the occasion by employing his mechanics skill to take the series’ trademark crafting system to the next level. Not only are the combo weapons more sadistic (the Sledgesaw combines a sledgehammer with a cement saw), but Nick’s gearhead nature enables him to create the all-new combo vehicles. The brutally efficient RollerHawg combines a motorcycle and steamroller into a revving, rolling, flame-spewing death machine. Nick knows how to get around Los Perdidos in style.

This history of thrilling zombie outbreaks and empowering gameplay evolution brings us to Dead Rising 4: Frank’s Big Package. The man himself, Frank West, returns to Willamette as the unlikely hero of this massive entry in the series. Frank’s comes equipped not only with his grizzled journo veteran status (he’s covered wars, ya know), but also the wealth of gameplay improvements the series has benefited over the last 11 years. Frank’s investigation into a new outbreak in Willamette brings him back to the unforgettable mall, and extends out into the sprawling city itself. Dead Rising 4 touts the iconic hero and setting of the original, the vastly expanded combo system of Dead Rising 2, along with the combo vehicles and open-world exploration of Dead Rising 3. The addition of high-powered military Exo-Suits also gives Frank the hulking strength to wield parking meters as bludgeons or freeze his zombie foes with an arctic vortex by adding an Ice Slushy machine to your Exo-Suit. Taking combo even further from weapons to vehicles, now to “Combo Yourself”.

Frank’s Big Package delivers more than just the latest incarnation of the franchise – it also comes with tons of additional content and gameplay improvements implemented since the initial launch. PlayStation owners get every piece of previously released content, like the wacky Super Ultra Dead Rising 4 Mini Golf and dramatic Frank Rising, where Frank finally succumbs to the zombie virus and becomes imbued with powerful abilities. We’ve heard fans’ feedback since the initial launch, and have worked tirelessly to implement improvements to the fundamental gameplay experience. The changes include new difficulty levels, survivor rescue missions, improved Maniac encounters, and more.

Most exciting of all is the ultimate experience for Capcom fans: Capcom Heroes. This new mode empowers Frank to take on the appearance of beloved characters from over 30 years of Capcom history. Outfits look great, but when you add the ability for Frank to perform outrageous special attacks from these characters, it make zombie slaying all the more fun. Signature moves and weapons include Dante’s stylish Rebellion sword, Mega Man X’s signature X-Buster, Zangief’s iconic Double Lariat and Pile Driver moves, Ryu’s famous Shoryuken, Amaterasu’s celestial brush, and more.

Everyone at Capcom Vancouver truly believe that the franchise’s rich history has been building towards Dead Rising 4: Frank’s Big Package. Now is the perfect time to jump in and see how much has evolved over the years. The inclusion of the original Dead Rising game as a pre-order gift also invites players to appreciate the series’ origins and latest incarnation side-by-side, making for the ultimate open-world zombie-slaying adventure. Thanks so much for reading, and even more thanks from the entire Capcom Vancouver team for sticking with us — one zombie outbreak after the other.