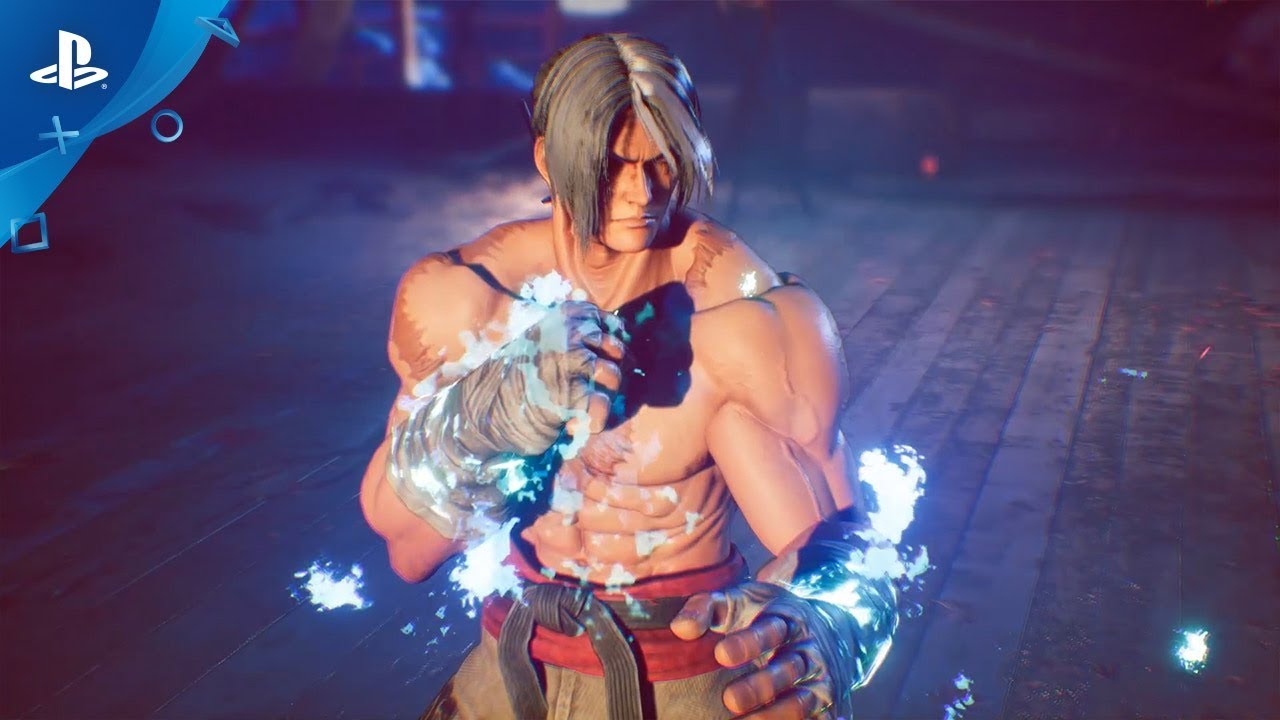 How creator Akira Nishitani wants to keep every battle a little crazy.

Hello! This is Akira Nishitani from Arika, but you might know me as NIN. Currently I’m hard at work on creating our “Mysterious Fighting Game.”

It’s been awhile since we’ve made some announcements, so today I’d like to share two new pieces of news with you all. Up until now, we’ve been referring to our project as “The Mysterious Fighting Game,” but we’re happy to announce that it finally has an official name: it’s Fighting EX Layer!

There were some troubles during the naming process that caused some delays, but it’s finally settled! (Although there were a lot of people already calling it this whenever we streamed…)

The next piece of news is that the dates for the beta test have been decided! Immediately following the conclusion of Playstation Experience on December 11, we will be holding the beta test for a two week period! There will be six characters playable in total: Kairi, Garuda, Skullomania, Darun Mister, Allen Snider, and Shirase.

This time we really want to focus on testing the network match function around the world, so everyone please participate and don’t hesitate to give us your honest feedback.

But that’s not all! We will also be bringing a demo version to Playstation Experience! If you want to get a headstart before the beta test, please come out and try our game.

About the Gougi system that everyone is curious about: it’s grown into a very deep and exciting addition to the game. When the idea first came about, I brainstormed various Gougi, which combinations would work well, and what the matches would be like. Trying to imagine all of the possibilities, I got a feeling that “This game is going to be interesting!”

But after experimenting with my Gougi ideas, I often ended up saying “This is not what I imagined.” But that’s where the fun lies! Coming up with new ideas and experimenting in game was awesome. I believe not many games allow you to so easily brainstorm ideas and then test them out in-game; please try it!

There a few things I wanted to accomplish with the Gougi system:

“I want to change the flow of matches.”

For example, in most other fighting games, aside from times where you think, “I can win in one more combo,” “I can win if I chip him out,” and “I’m in the corner,” your battle strategy doesn’t really change that much, right? I wanted to change this on a system level and make a game where matches get crazier and more exciting as they go on.

“I want players to have different ways to play depending on their Gougi.”

This goes without saying! I’m sure there will be some Gougi that work well with other Gougi, and some that suit certain characters better than others.

“I want to continue adding Gougi and change the game environment.”

This is still just an idea, but I’d like to add new Gougi at certain fixed intervals, which would in turn create the feeling of a new game. Even by adding just a single Gougi, I think you would be surprised by how much the characters can change. Although as a developer, I’m quite worried about whether or not something crazy will occur!

Frankly speaking, the Gougi system is extreme! Please enjoy it, and go into battle thinking “What kind of crazy thing can I do to my opponent this time?”
Well then, I also will be going to Anaheim for Playstation Experience, so let’s meet at the venue!