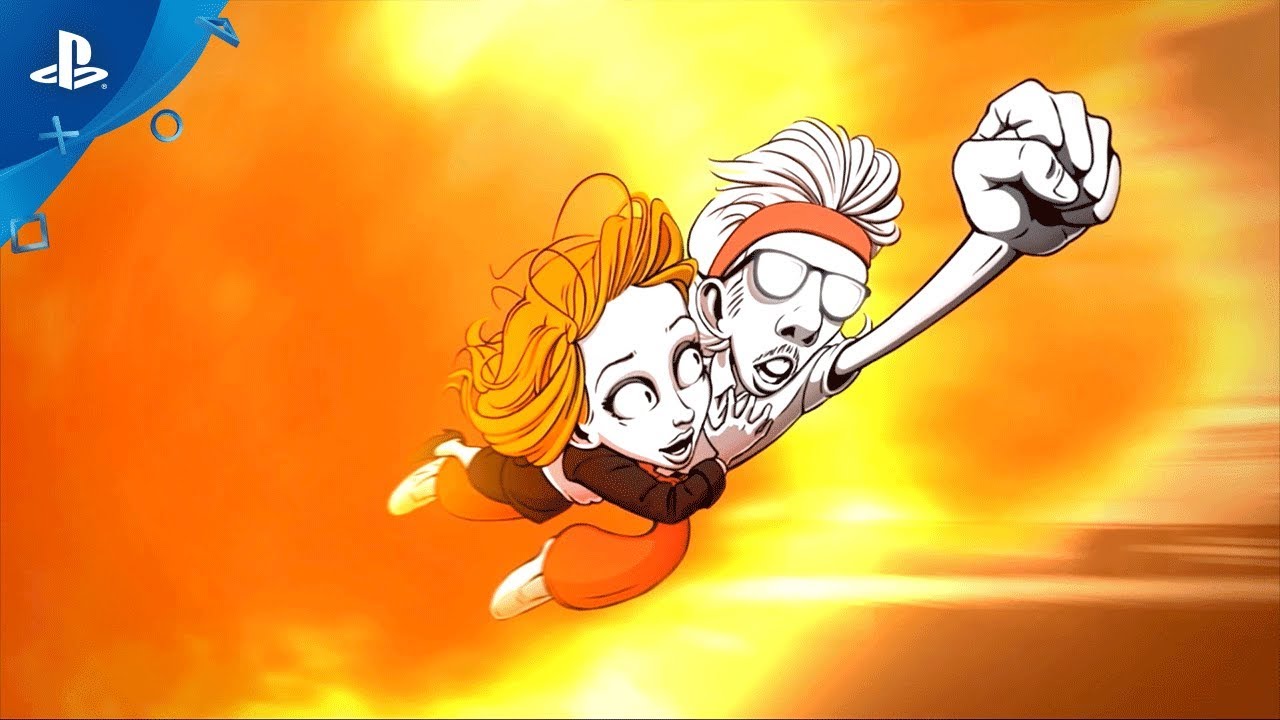 You read that right! Super Daryl Deluxe, our parents’ favorite RPGvania with brawler-style combat set inside of a perfectly normal, sprawling, multi-dimensional high school, is coming to PS4.

Like any other perfectly normal school, the students and faculty of Water Falls High are going missing, and the classrooms have been locked down for weeks. Daryl, the silent and mysterious new kid, is quickly sucked into these common adolescent mysteries and must make his way through the school’s enormous classroom worlds (based on fun academic subjects such as “History” and “Science”) to battle monstrous foes and possessed Honor Students.

It all started way back in the before times when Gary studied game design at the Rochester Institute of Technology. You see, Gary used to like games and wanted to create his own, except he couldn’t do it by himself. He needed someone blessed with talent to make his dream come true. So, sitting in Gary’s childhood room one summer away from college, Gary finally suggested to me (blessed with talent) that we try making a game to get babes. He would program and I would learn how to draw and use a computer.

Like all great games, Super Daryl Deluxe was inspired by our experiences from high school. I’m not entirely sure what the goal was at this stage, because neither of us could have imagined the sheer scale of the game nearly five years later. It must’ve been equal parts staving off boredom, a desire to rekindle the stupid crap we used to laugh at with our friends, delusion, .

The project basically began as a half-baked RPG duct-taped together with a stupid collection of inside jokes told through the lens of a character named Daryl Whitelaw – the greasiest, most unsavory, mouth-breathing, business-in-the-front-party-in-the-back, bottlenecked new kid we could conjure. The working title of the project was I Survived, a nod to the statement on the front of the shirts Gary and I sold in high school that documented the harrowing events our class had to endure, like Swine Flu and the time the principal told us we couldn’t sell shirts.

It wasn’t until two summers later did Gary and I begin to realize that Daryl was simply too greasy of a character and that I Survived made no sense as our game’s title, especially since the project had evolved beyond all those inside jokes into a world of its own. Daryl as a person was an easy issue to solve with some conceptual tweaking (we gave him a headband). The game’s name, however, had to be taken to the elementary school playground swingset where a good portion of the game’s tough questions were parsed out in great length.

“Lmao what if we called it ‘Super Daryl Deluxe’, hahahaha” screamed Dan from the crest of his gliding swing.

So we called the game Super Daryl Deluxe.

The gameplay of SDD revolves primarily around customizable combat. Whether it’s melee or poison or combo or utility skills, Daryl’s mysterious self-help book grants him dozens of neato tush-kicking options to cater to almost any playstyle (there are no golfing skills, I’m afraid). He can only equip five at a time, of course, so finding the right combination that works for you is key. And like any combat game worth its salt, every skill can be upgraded to unlock its full potential.

We created a vast world inside Water Falls High with the help of that whole multidimensional thing. With over a hundred characters and probably twice as many maps (who’s counting?), Daryl can explore everything from ancient Egypt to Ebenezer Scrooge’s mansion.

Anyway, Gary and I are pretty excited to show you more Super Daryl Deluxe in the next few months. Thanks for checking us out and we hope you stick with us for the last few months of development! Please feel free to post any comments or questions you have below. Gary will love reading them.