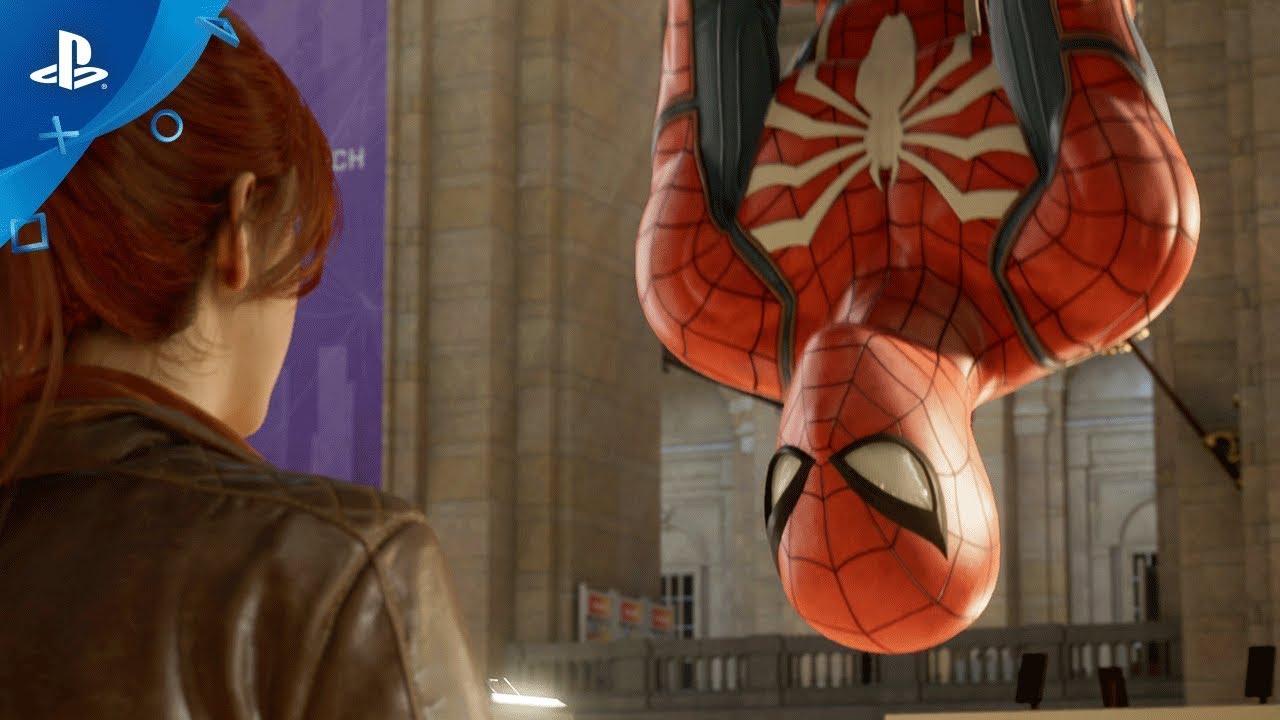 Insomniac breaks down the big reveals in the new trailer for their take on our favorite wall-crawler.

My name is Bryan Intihar and I’m the Creative Director for Insomniac Games working on Marvel’s Spider-Man. This past summer was a very exciting time for our studio as E3 and D23 served as great avenues to showcase the unique Spider-Man game universe we’re building. Since then we know you’ve been anxiously awaiting another look at the Web-Slinger, which is why we were thrilled to unveil a new trailer at the PlayStation Media Showcase at Paris Games Week. The trailer includes your first glimpses at the man behind the mask – Peter Parker. We also introduce you to Peter’s very close friend Mary Jane Watson, his beloved Aunt May, his longtime nemesis Wilson Fisk (AKA Kingpin), and much more.

As Spider-Man asks at the trailer’s conclusion, “anyone else need a breather?” Well, don’t take a break for too long because there’s a lot to go through here!

First off, our 23-year-old Peter finds himself trying to juggle his career and personal life with being a Super Hero. And while he’s more experienced and masterful at fighting crime (including finally taking down the Kingpin), can Peter finally find balance? Or will Spider-Man’s responsibility to protect the city take priority if Kingpin really was the “one who kept order in this city”?

In the past, we’ve talked a lot about how the best Spider-Man stories happen when Spider-Man and Peter Parker’s worlds collide. So to understand Peter’s world a bit, players will also play as Peter during parts of the game. Not only that, Mary Jane has a significant role here too. MJ is a smart, savvy reporter with The Daily Bugle and she’s investigating the suspicious activity happening throughout the city. She won’t be just a bystander either, so yes, players will even play as MJ for key moments.

MJ, however, isn’t the only intersection between Peter and Spider-Man’s worlds. His own Aunt May is a longtime employee of philanthropist Martin Li at his F.E.A.S.T. shelters. Peter even introduces a young Miles Morales to his aunt as a new shelter volunteer. Unfortunately, Peter makes the terrible discovery that May’s employer is secretly Mister Negative (you can see that moment in our E3 2017 Gameplay Demo). Mister Negative and his Inner Demons’ reign of terror on New York City pose the most serious—and personal—threat that our Spider-Man has faced in his eight years of web-swinging and crime fighting.

We couldn’t be more excited to be bringing Spider-Man to PlayStation 4 in 2018. To celebrate the trailer, we are hosting a special livestream this Friday, November 3rd, at 2pm PDT. We’ll be doing a rewind of the trailer, giving away rare development team swag, and answering your questions. If you have something you’d like to ask, we’ll be putting out a call for questions on Twitter and you can tweet us your question. Join us this Friday at www.twitch.tv/insomniacgames.

And in the interim – be sure to visit the game’s official page for more details and brand-new screenshots – as well as follow Insomniac Games on Twitter, Instagram or Facebook for the latest news and info.