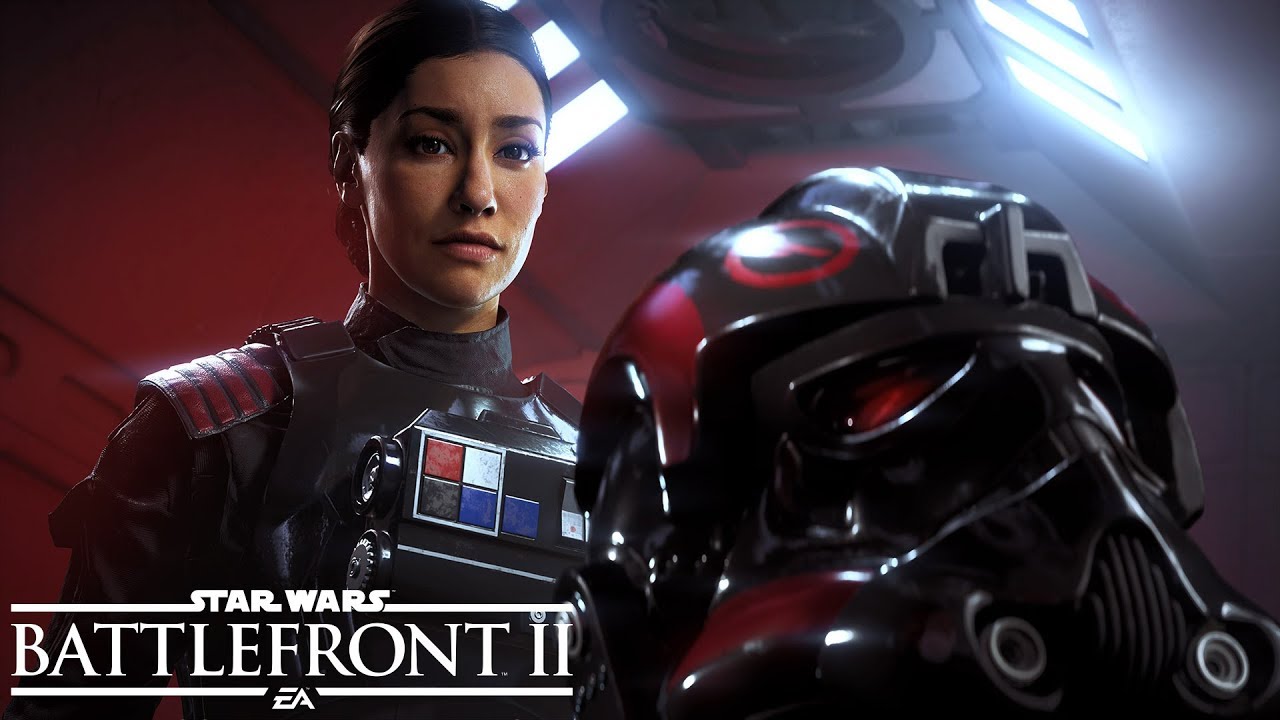 Our hands-on impressions of the single-player campaign.

Star Wars Battlefront II opens with an interrogation. Commander Iden Versio, disarmed and bound, glares at the Rebel soldier holding her captive. The slow, steady tension of the scene runs contrary to the often bombastic, spectacular battles that Star Wars is known for. But Iden’s story is one of military dedication, political motivation, loyalty, and betrayal. And bombastic, spectacular battles.

Iden serves as a humanizing element to the Empire — a force we have spent decades fighting in the Star Wars universe. She and the other agents of Inferno Squad represent the discipline and devotion that the Imperials glorify. But the most striking quality of her character impacts the entire narrative: her courtesy.

The single-player campaign of Star Wars Battlefront II takes place in the moments before and immediately after the conclusion of Return of the Jedi. The prologue mission follows Iden as she deftly escapes Rebel capture, then assists Imperial forces on Endor following the destruction of the second Death Star. But as she creeps behind enemy lines and uses her tactical droid to survey soldier positions, her whispered commands speak volumes. “Scan, please.”

Iden address both her fellow agents and her droid with notable politeness. It is immediately endearing, and a small detail among many that make the beginning moments of the campaign so enjoyable. It showcases that Iden and her team are not supervillains. They are soldiers. Even Iden has misgivings about the Empire’s plans, and those boil over in due time…

Visually, Star Wars Battlefront II looks sensational. The motion capture and texture work employed here brings Iden and her fellow squadmates to life. The superb detail extends into the nigh overwhelming environments, from the debris-littered reaches of space to the lush, leafy moon of Endor. These environments make for fantastic stages to all the action, while Iden’s humanity keeps the conflict grounded.

While on foot, Iden has access to standard Imperial weaponry, as well as rechargeable skills including an impact grenade, the aforementioned scan, a tactical shock, and a pulse cannon built on DLT-20A framework. These abilities add a welcome wrinkle to the running, gunning, and sneaking of each mission. The pulse cannon, for example, gives Iden a powerful long-range tool for dealing with officer units that enhance the prowess of soldiers around them. Targeting these officers from a hidden position before starting the battle in earnest was a useful tactic during the introductory missions.

Early in the campaign, Iden takes to the sky (or space, more accurately) and pilots a TIE fighter against Rebel forces. These ship battles are delightfully chaotic, with the ship itself having its own suite of abilities from rapid-fire bursts of laser fire to tracking torpedos. Making sense of enemy positioning, and avoiding dangerous debris, are challenges in and of themselves.

If the beginning hours of Star Wars Battlefront II are any indication, players can expect a cacophonous ride filled with action and tense, quiet cutscenes. And at the center of it all is Commander Iden Versio, who still has the sense to thank her droid for a scan well done.