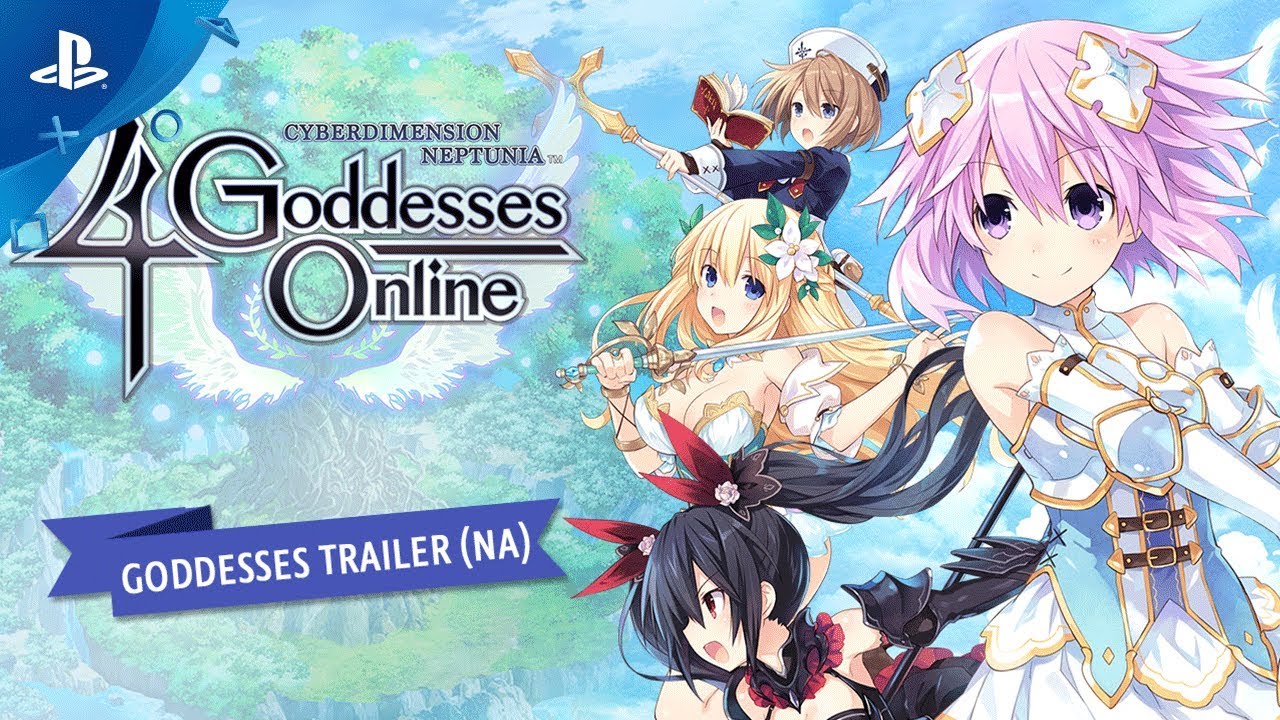 Even goddesses need a little backup once in awhile!

Calling all “Chosen Ones!” You’ve been granted first access to Cyberdimension Neptunia: 4 Goddesses Online. The game is available tomorrow on PS4!

With nine classes to choose from, it can be challenging to pick one. Check out tour new player’s guide to help you choose your class and dive straight into the world of Alsgard!

What is 4 Goddesses Online?

Cyberdimension Neptunia: 4 Goddesses Online isn’t an MMORPG, but it’s a hack ‘n’ slash action RPG with gameplay elements like job classes and a chat system. There’s even a multiplayer mode that allows you to team up with other players in your region if you have a PlayStation Plus subscription.

The world of Alsgard was created by The Four Goddesses. They have defended Alsgard from the Demon King Jester, and since that infamous battle, one thousand years of peace have passed.

But an ancient evil threatens to rise again…

Choose a character, each with her own unique job class, and fight to save Alsgard!

Not only do they look Goddess-tier, they are Goddess-tier when it comes to beating baddies left and right. They lack support skills, but this all-rounder class makes up for it with offensive power and a strong defense. The greatest of Chosen Ones may someday call upon the Goddesses’ power…

Melee attacks and magic are the Paladin’s middle name! Because of their healing abilities, this is a well-balanced class for starting players or for those who fight to defend others.

This is a class descended from the ancient knights who fought alongside the Goddesses themselves. If you wish to pursue the Paladin class, prepare to use your own life as a shield!

Clad in jet-black armor, these fearsome Black Knights charge headfirst into battle to strike the enemy first! Great for close-combat, they can deal damage quickly and with ease.

Black Knights are a class of warriors who lost their loved ones in the war against the Demon King Jester. To become a Black Knight, you must channel the hatred held in your heart into your blade!

Priests are vital to any adventuring party. They provide unending support from the rear and must balance dodging enemy attacks and healing their party.

If you are drawn to the call of priesthood, steel yourself against all evils and you will become the light that saves your allies!

Enchanters bend the power of nature to their will to buff up their party or heal their allies. As divinators of both magic and healing, they’re an incredible asset to any party. They’re the only class able to imbue the party’s weapons with elemental abilities.

Those enchanted by the Enchanter class can look forward to juggling quick, close-combat swordplay and long-range support!

Mages wield powerful magic to exploit enemies’ elemental weaknesses and gain the upper hand. Long-range offensive skills are a mage’s expertise — use it to annihilate enemies!

Simple magic existed in Alsgard until the monster witch Merlin developed magic to its highest potential. Now, spellcasters wield this dangerous magic to their advantage!

Quick to the draw with their pistols, thieves scurry about on the battlefield and catch enemies off guard. High speed and long-range attacks make them great damage-dealers.

Hailing from the Thieves Guild, thieves are only interested in firearms, treasure hunting, and finishing their enemies off quickly!

The swing of a samurai’s katana is beautiful to witness and impossible to predict. A samurai’s offense and defense is controlled with calculated and swift swordplay, making them a perfect tank.

Samurai are descended from knights who learned to wield the katana. Master the ancient art of the katana and you can carve out your own fate!

Lurking in the shadows, Ninjas are swift assassins who can deal multiple attacks with a quick sleight of hand. With their arsenal of attacks, they are best suited for mid-range combat.

Ninjutsu was passed down from the Beast clan whose descendants were scattered after the war. Should you wish to enlist in the Ninja Guild, you must control your spirit to unlock your body’s special abilities!

Acting as party leader, you can have up to three other AI-controlled members in your party. However, you can switch the lead character whenever you want in a dungeon to try out different classes and skills!

As the party leader, you’ll be able to instruct your party members’ AI with different Tactics. Tactics like “We’ll Nep them up!” are particularly useful when you’re adventuring through a lower-leveled dungeon, for example.

Characters learn Skills as they level up, and these Skills differ according to her class. Set skills to an action button in the menu, and then you’ll be able to unleash them during battle!

You also have an Awakening Gauge, which fills up when you attack or take damage. Once the bar is full, you can activate your Awakening State and unleash a massive amount of damage with your Skills!

There’s even a customization mode, so you can dress your party up! With the ability to equip up to five different accessories and attach them to various body parts, each party member can rock her own style!

Even though it’s not actually an MMORPG, there’s an online multiplayer mode so that you can complete special quests with friends. These quests challenge giant boss battles and more, so choose your class wisely for a balanced party!

You can get Cyberdimension Neptunia: 4 Goddesses Online Day 1 Edition on launch day for early access to the following: