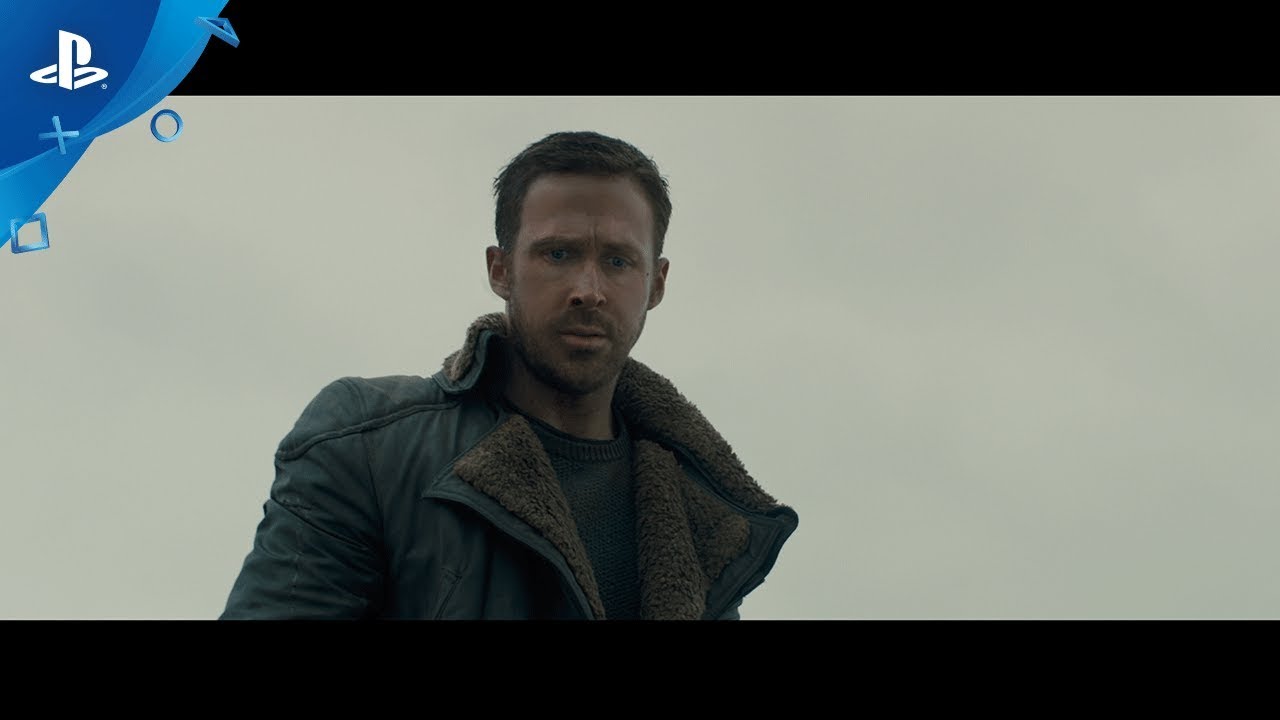 PlayStation Store has an exclusive sneak peek at the eagerly anticipated film, debuting this weekend nationwide.

To celebrate, I reached out to Blade Runner 2049’s writer Michael Green to get some more insight into the long-awaited sequel to one of my favorite movies ever, launching today in theaters nationwide.

PSB: How would you, in one sentence, describe the story of the original Blade Runner to somebody who had never seen it?

My attempt would be: “An assassin hired to ‘retire’ rogue androids eventually realizes that the androids may be more human than he is.”

MG: I like yours, but I would change assassin to “cop.” My talents don’t lie in the one-line synopsis, I get other people to write those. Whenever I try, it ends up being five pages [laughs].

PSB: Which of Blade Runner’s themes most resonated for you, personally? How did you seek to further explore it in 2049?

MG: One of the first themes that I spent time with was quantity of life versus quality of life. What are the beliefs and actions that can give a life meaning? At what point does a life become a human life?

As opposed to how can I extend the meager life I’ve been given, which was one of the themes of the first film.

PSB: The original film is so iconic and so enduring that it must have been intimidating to take on writing a sequel. How did you manage that?

MG: Anytime you write anything, you at some point have to give yourself permission to fail – or to succeed, ideally [laughs]. It helped that I was given permission to try by Ridley Scott. That allowed me to at least take a stab. And then he encouraged me to keep going.

When you are given an opportunity to write Blade Runner… there are so many pitfalls that you don’t want to get in your own way. Let the creative problems be your problems, not your personality problems. [laughs]

PSB: When writing 2049, what was your approach to the noir overtones of the first film? Were you wary of making it “too noir”?

MG: I don’t think there’s such a thing as too much noir – it’s hot fudge on the ice cream. I came into [writing Blade Runner 2049] knowing that I had a hole in my reading education with classic noir. It’s one of the most fun things about starting a new project – you get to make yourself into the writer who is capable of doing the job.

I started by reading the greats – I started with Chandler, Cain… and I made sure to keep reading while I was writing, and I enjoyed the hell out of them. You read enough until you feel you have internalized the tendencies of noir, but not so much that you’ve internalized the voices – that’s not the goal. You allow yourself to metabolize it and then see what comes out of your pen.

PSB: Do you consider Blade Runner 2049 to be a noir film?

MG: I will leave it to the audience. It was written in noir lighting, but the audience is the one to tell me if they see those voices in there.

PSB: When writing Blade Runner 2049, did you revisist the source material for the original film — Phillip K Dick’s novel Do Androids Dream of Electric Sheep?

MG: Actually, no. I’ve been given it many times. I adore the film Blade Runner, it’s impressed upon me in an indelible way. The novel is not the movie… every time I have approached it, it felt like the wrong version of something I loved. It was not something I really wanted to refer to when creating Blade Runner 2049. I wanted to reference Blade Runner, not Do Androids Dream of Electric Sheep.

It’s funny, because the novel predates all. But the adaptation that Hampton Fancher and David Peoples put together with Ridley Scott is so… it’s such a reimagining. Blade Runner 2049 hews much closer to the original Blade Runner than Blade Runner hewed to DADOES.

PSB: What about the novels that came out in the 90’s by K. W. Jeter? Were those reference points at all?

MG: Not at all, to be honest. I know they exist. I’m unaware of anything about them. I think the only thing I know about them is that Rick Decker stars in them. Somebody mentioned that to me. I know some people love them.

PSB: Blade Runner is one of my favorite films, and I must admit I was extremely worried when I heard a sequel was in development – it’s almost like hearing they’re making “Casablanca 2.” What would you say to soothe my concerns?

It’s a tight wire act. We knew we would light a fire, but we are cautious pyromaniacs. We are all enormous fans of the film. Ridley Scott is extremely protective of the legacy, and everybody involved wanted nothing more than to protect that legacy… and, if we were lucky, to expand on that legacy.

There are excitable fans, and then there are fans who express their love through cynicism. If you decide to hate [Blade Runner 2049] because it exists, I cannot help you. If you are willing to give it a look, I think you might see some of your cynicism fade.

One thing that made me feel confident to try: every single person involved in this film, from top to bottom, were all fans of the film and knew its value. They went to Ridley first to see if he would bless and influence it; no one ever came at it with that cash-grab, let’s-build-a-cinematic-universe and make some action figures attitude. They just wanted to make a great movie, and I’m just lucky they invited me to come and play.

PSB: Critical question: in the original Blade Runner, are you pro-narration, or anti-narration?

Umm… [laughs] I think it’s important that both versions exist. So much of what’s fascinating about the name BR is that it doesn’t refer to one film. When you talk about your love of it with other people, you have to have that conversation.

Which one is my favorite version is less important to me than that people have to ask that question. I find that it often corresponds to which version they saw first.