Save a Mysterious World in Hob, Out Tomorrow on PS4 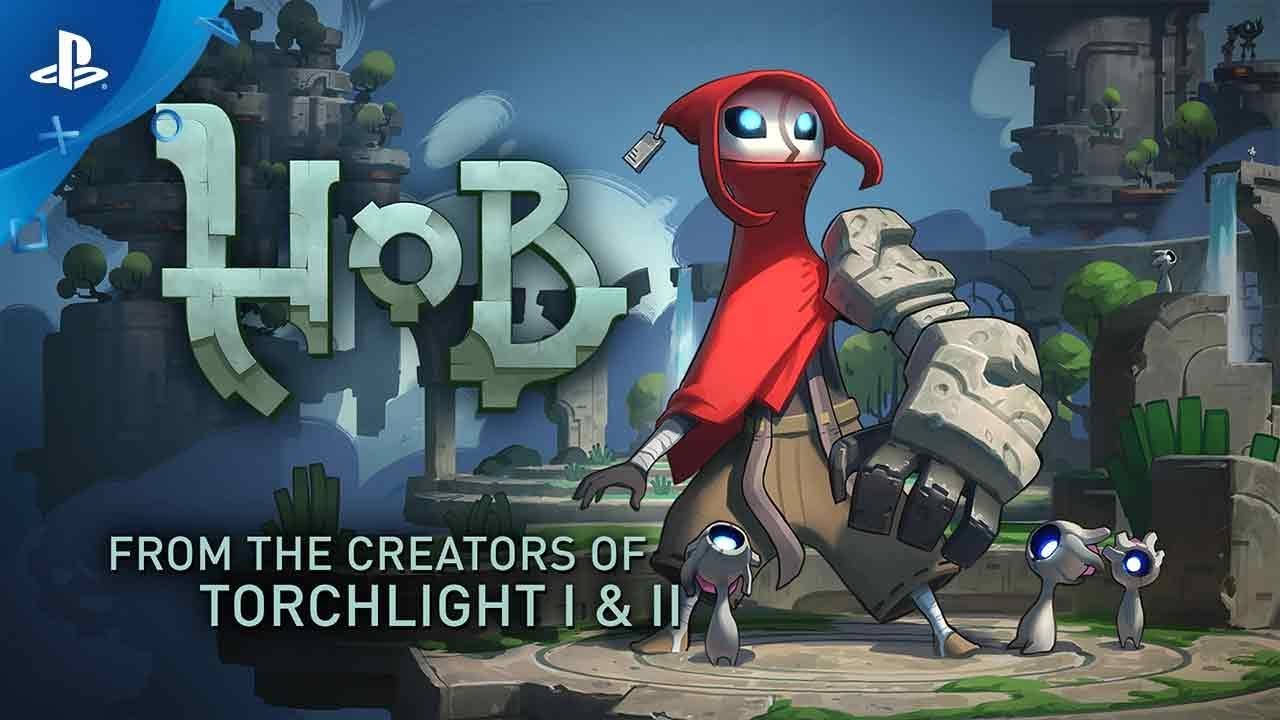 Why the team at Runic Games built a world that changes around you.

A little over two years have gone by since we announced Hob, and now we’re crossing the finish line: Hob launches tomorrow!

Many of your questions about Hob have been along the lines of “What is this world?” We’re dying to hear your own theories as you play, but we also created a webcomic (illustrated and inked by our concept artist Kristina Ness), to reveal backstory you won’t find in the game. The comic features our construct, who we affectionately nicknamed Jeeves, through the many years he has waited for you.

Hob has an unusual mechanic you won’t find in other games: the world shift. You’ve seen some of our awesome world-shifting moments that are both story and gameplay driven. We held a grueling, brutal, no-holds-barred, five-minute interview in the office with our Game Director and Lead Level Designer Patrick Blank to give you the truth about why this is so gosh darn great.

Wonder: How did level design differ between Torchlight II and Hob?

Patrick: Well, Torchlight II was heavily randomized; I don’t know of a game that had more randomization in their levels than Torchlight II. We had to build what we call “chunks,” and you never knew what they were going to randomize next to, so you couldn’t plan progression.

That was the point, it was going to be a surprise not knowing what the end result would be. And you had to make a lot of randomized options for the game to choose from. It got a little tedious.

Wonder: You have to make sure everything fits with everything else, a lot of cookie cutter stuff.

Patrick: It is, and it’s fun, but making it gets old. That’s one of the reasons we chose not to do randomization in Hob, but we were leaning [toward random levels] early on, and I almost had a heart attack. This was pre-shifting world. Even before we got into the shifting world, we wanted to do something that was more crafted and felt like it all flowed really well. It was more interesting for us to make because we knew what the connections were going to be.

Wonder: In segue, how did the world shifting come about?

Patrick: It was, “What is our spin, what is different about the world that we’re going to make so it’s not a boring, static place?” We needed something to punch it up.

Wonder: So the level design became a focus, and a feature?

Patrick: Yeah, pretty quickly it became something that was going to stand out and change the gameplay and the visuals. We don’t really do cutscenes, so it’s all happening in real time. It’s kind of evolved, it turned into being tied to puzzles, and I think it’s one of the coolest things about the game.

Wonder: How does the world shifting tie into the story?

Patrick: It’s a huge part of the story. There was a little bit of back and forth about which served the other more, but thankfully they clicked together perfectly. Once you start playing Hob, you go down into other areas and realize that this isn’t just — they’re not all just natural looking caves, there’s a lot going on down there that sparks your curiosity, and you see how things are tied together in a really interesting way.

It might make you question more about the top parts of the world. Tied with the other elements of the game, you can figure out why the world is in the current configuration, an almost unfinished state. You can figure out what is powering it and what has halted it. It might not be what you think it is, initially.

Wonder: What makes this a must-play feature?

Wonder: What do you want players to take away from the game?

Patrick: In the end, I hope people think that Hob is its own thing. We’ve had lots of inspirations for this game when we kicked off, but it’s evolved into our own unique thing. It’s different. It’s weirdly relaxing in a way. Maybe that’s because of Matt Uelmen’s soundtrack. I hope people really love the world and get a great vibe from it, and they think it’s fun. We do a lot of cool stuff in there.

(Psst! Speaking of level design, you can still pre-order today to save 10% and get the World Shifting Dynamic Theme.)

We’re so thrilled to be here. We hope you love Hob as much as we do, and we’ll see you tomorrow at the finish line.