We Detail Every PlayLink Game Revealed So Far 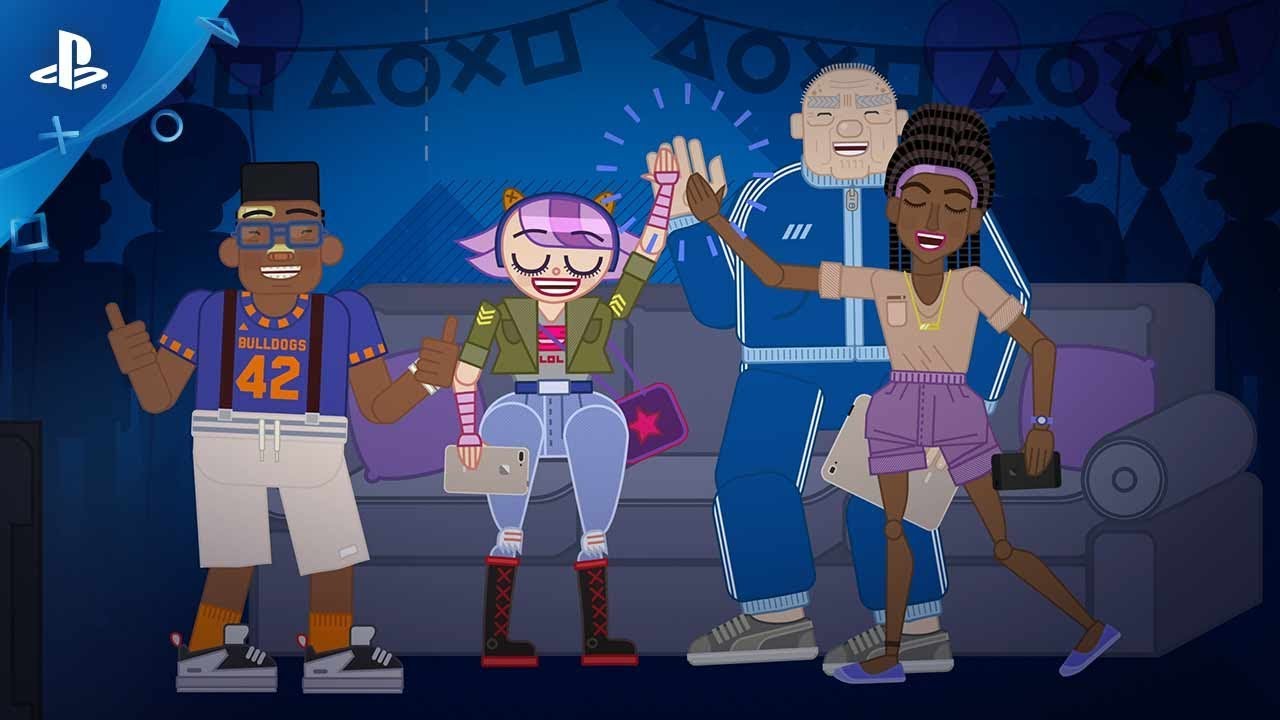 "It's PlayStation... with phones!"

That’s what I tell anyone who asks me what PlayLink is. Alternatively, it’s a variety of PS4 games designed to be played with your friends using your mobile device as the controller. Download the respective apps, and voila! Everyone has a controller and we can all have fun on PS4.

Whether you’re a fan of gritty crime thrillers or rapid-fire quiz games, there’s a game here for everyone. We love our friends, we love our phones, and we certainly love PS4… PlayLink games bring all that goodness together.

But don’t take my word for it, try it out yourself. We believe in PlayLink so much we are letting all our PlayStation Plus members try That’s You! for free.

Have a party with your friends taking selfies, answering funny questions about each other, and play a variety of challenges involving drawing, writing, and photos. It’s a hilarious quiz game developed by Wish Studios with more than1000 varied questions. Answer “critical” questions like “Who’d enjoy the feeling of being handcuffed?” or “Who’d use a two-for-one coupon on a romantic date?”The more consensus there is among the group, the more points will be awarded.

That’s not all, though — the Joker element may throw a wrench in someone’s way by unexpectedly awarding players who were confident enough in their answers with double the points. You’ll find out just how much you know about your friends and how they play!

But that’s just one of the many PlayLink games that are coming your way. Check out the list below and start planning your PlayLink holiday party now!

In this gritty crime thriller that won Game Critics Awards’ Best Family/Social game at E3, and Best Casual Game at Gamescom, Hidden Agenda invites players to join homicide detective Becky Marney and district attorney Felicity Graves as they investigate the case of a serial killer known as “The Trapper.”

Inspired by videos of gamers playing Until Dawn with their friends and family all shouting out choices, the talented team at Supermassive Games crafted Hidden Agenda with a focus on playing as a group. You and your friends will use your phones to vote on the tough decisions, determining the course of the investigation in this gripping narrative branching story. Remember, characters may live or die based on what your group decides.

Trust plays a big role in Hidden Agenda’s story not just between the characters, but also between members of your group. Someone may receive a “Hidden Agenda” card on their phone (see what they did there?) which awards points for steering the story in a particular direction.

Watch out if your friends are acting particularly sneaky or manipulative. Imagine it as a movie night but you all will be in control of how the story unfolds!

You like Trivia? We call this a “combative” trivia game, wrapped in a sparkling, shiny package.

From Wish Studios (the same developers of That’s You!), we invite you to test your brainpower inside the Pyramid with more than 5000 questions as well as targeting on your rivals with “Power Plays.” Using your phone or tablet, freeze your opponents’ touch screen so they have to smash through the ice to get to the answer or slime their screens with green gloop so they have to wipe it clean to see the answers. It’s not how smart you are; it’s how dirty you play!

There’s a SingStar party over here… and everyone’s invited. The latest from our friends at London Studios, SingStar Celebration features 30 hit tracks from current to classic. Grab your smartphone, join your friends, and belt out the biggest hits and pumping party classics.

Share your epic singing moments by uploading videos and photos to the SingStar community and social media. Check out the SingStore for hundreds of extra songs to purchase and add to your collection. If it’s your birthday, Christmas, New Year’s Eve, or even just a Saturday night — SingStar Celebration is the perfect playlist to any party.

Developed by NapNok Games, this is manic mini-game madness! Up to four players can join in on each challenge — bumping, bluffing, and backstabbing in quick succession. Explore a full range using your phone/tablet as an intuitive controller — shake, tilt, swipe, use the camera, and don’t be too surprised if the host — the wise-cracking Fox — calls you to offer bonus secret missions. Take your animal and go head-to-head with your friends for complete barnyard domination!