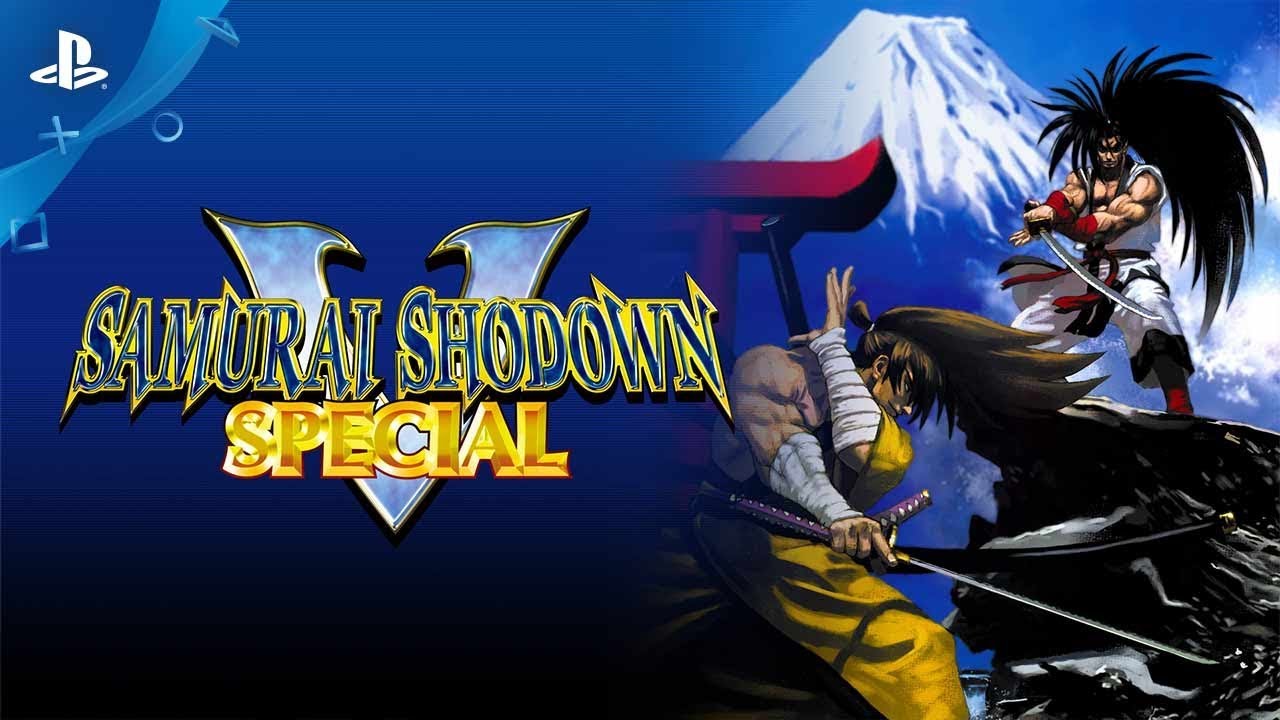 Are you ready to test your mettle against players around the globe? Samurai Shodown V Special launches tomorrow on PS4 and PS Vita! The game will be priced at $14.99 and is both cross buy and cross play.

We have prepared a special launch trailer for the game which gives a breakdown on some of the game systems, along with some of the new features and options added for this release. Let’s jump right in!

The PS4 and PS Vita versions of this NeoGeo masterpiece add online multiplayer to the game for the first time, along with a Gallery full of unlockable art and illustrations. We also added a setting to allow players to set their favorite music track as the Menu BGM. This release will of course feature Trophies and Leaderboards, too.

As you can see in the launch trailer above, the game has a lot of technical gameplay systems which will make most fighting game fans feel right at home. The trailer only covers the more critical systems, and there is even more depth in the game system for fans who want to dig deeper.

SNK has always been known for fighting games with a lot of technical depth, and this one is definitely no exception.

We wanted to take this chance to break down a few other interesting tips and strategies that will help players reach their peak potential when battling online. If we went through all of the various strategies and technical aspects, we would be here all day so we narrowed down a few entry level ones that can quickly help players step up their game.

Deflect: This move will deflect most normal moves besides kicks, low attacks, and overheads. A successful parry will leave your opponent open for a counter-attack. This is a key strategy in high-level play as an opponent can quickly turn the tables on you if you carelessly attack. However, it does have a recovery animation on a miss, so it cannot be carelessly spammed either.

Blade Catch: One mechanic that players will quickly realize is that the Weapon Flipping Techniques that are possible to use with a full Rage meter will send your opponent’s weapon flying if they land. This obviously puts the disarmed player at a huge disadvantage but this simple command can actually be used to catch your opponent’s blade and disarm them as well, leveling the playing field.

Special Movement: The D button (Special) in Samurai Shodown V Special is used for a variety of actions, including some very important dodges and movement options. In a game where every single hit means a lot of damage, these movement options are all the more important.

Here are a handful of examples of what you can do!

Short Hop: Just as it sounds, this allows your character to hop in place and dodge low attacks

Forward Leap: This is a short hop forward that also allows you to dodge low attacks while either approaching your opponent or even jump over/through your opponent.

Lie Down: This command puts your character in a prone position, allowing you to dodge overheads.

Suicide: This mechanic basically forfeits the current round. This may seem like a completely useless mechanic at first, but it does have its uses in high level play. This ties into the Rage mechanic which increases your damage substantially before its timer runs out. That buff and timer will actually carry over to the next round, so if it looks like you are going to lose a round while still having a full Rage meter, you can then use this suicide mechanic to quickly forfeit that round and start the next one with an advantage.

It’s not something you will see very often, but it is still an interesting and unique mechanic. And some characters do forfeit in style as you can see with Galford in the screenshot below. Poppy doesn’t seem very happy with the decision though!

These are just a handful of the techniques that will come into play in high-level matches. Samurai Shodown V Special is a technical fighting game, and the more you dig into its plethora of systems the more you will be rewarded with exciting and tense matches.