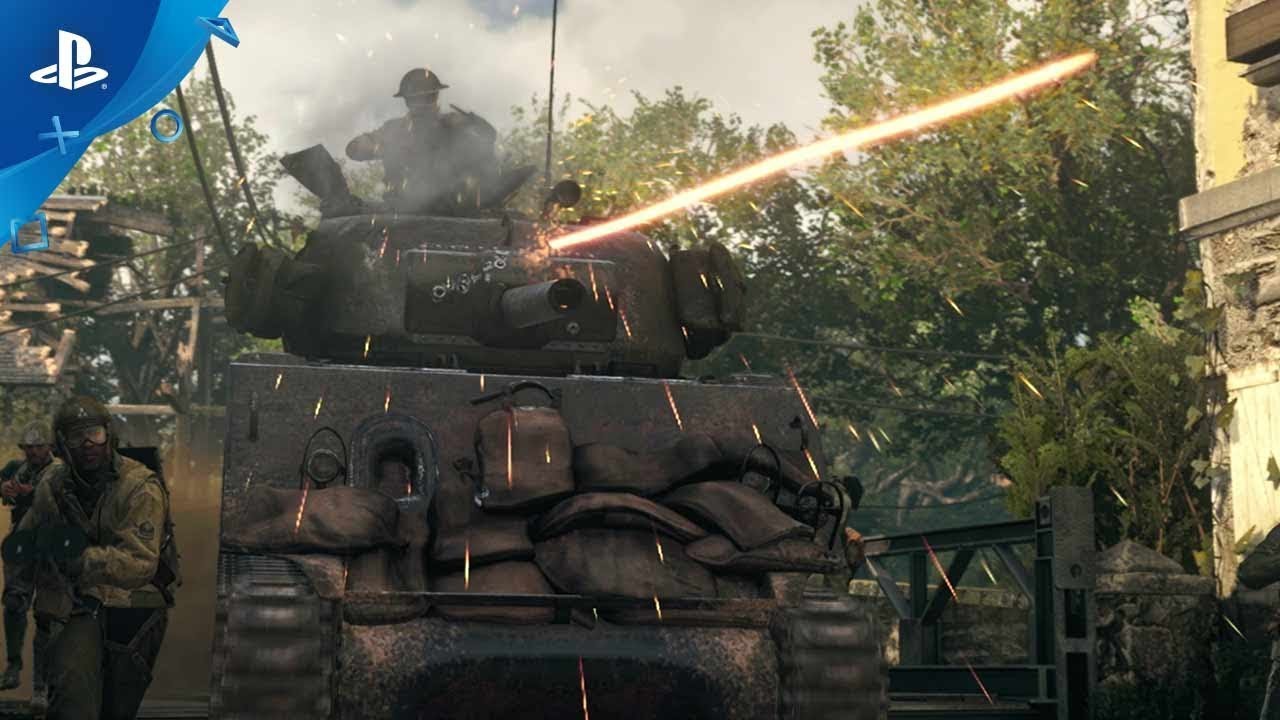 The Call of Duty: WWII Private Multiplayer Beta is nearly here on PS4, and we’ve got all the intel you need to get in on the action when it deploys August 25.

Last week, Sledgehammer Games released a special message to let everyone know what to expect from the Private Multiplayer Beta, which is just a small part of the full multiplayer mode, and to thank everyone for taking part as this will help hone the final experience when the full game launches on November 3.

“We love the active dialog we have with the Call of Duty community, and value the exchange of ideas and constructive feedback we have with fans. Your feedback will help us finalize features, optimize gameplay balance, and refine the remaining development roadmap to launch. So please explore, rank up, and have fun. Share as much feedback as you can – everything helps. The development team will be playing non-stop, and we’ll be monitoring performance and collecting valuable data around the clock.”

HOW TO GET INTO THE PRIVATE MULTIPLAYER BETA

To gain access to the Call of Duty: WWII Private Multiplayer Beta, you need to pre-order the game at a participating retailer. Head over to www.callofduty.com/beta for more details. If you pre-order from the PlayStation Store, you can pre-load now to jump right into the action once the Beta starts on Aug 25 @ 10AM PT.

The Private Multiplayer Beta will be split into two weekends for PlayStation 4 players:

Also, players who pre-order the game at select retailers will receive the Divisions Pack. This pack includes five Premium Gear Sets inspired by the five Divisions in Call of Duty: WWII multiplayer.

Players will experience a variety of iconic WWII locations throughout Europe, including a brand-new map that hasn’t been seen before.

Ardennes Forest: Battle through the frigid snow-covered forest of the Ardennes during the Battle of the Bulge, the brutal final major offensive effort by the German army to punch through the Allied front lines. Engagements are fast and deadly in the dangerous, frozen woodland ruins. Stay alert in this medium size map fortified with emplaced MG42 machine guns waiting to annihilate enemy combatants.

Gibraltar: Battle through the fortified bastion and steep cliffs of Gibraltar, built as a strategic defense of the Mediterranean Sea and a major refueling and supply station for the Allied forces during WWII. Prepare for multilevel combat engagements and treacherous terrain in one of the most densely guarded and fought over places in Europe. Don’t neglect the lower lane, and use the defense batteries there to pick off flankers.

Pointe du Hoc: Fight through a fortified network of German bunker complexes atop the cliffs at Pointe du Hoc, an important strategic target overlooking the beaches of Normandy. Engage in fast-paced, close-quarters combat in the trenches, or flank the enemy in a brutal fight to lock down the nearby farmhouse and bunkers for control of key access routes to the bluff.

Additionally, players will be able to take part in Call of Duty: WWII’s War Mode. This is an all-new game mode where players must work as a team to defeat the enemy. Allied and Axis forces clash in team-driven assault and defend missions for key strategic objectives.

It should be clear by now that this Private Multiplayer Beta is busting at the seams. Be sure to follow Sledgehammer Games on Twitter for the latest updates, and you can leave feedback for the team there, or on the r/WWII subreddit. Every bit of information helps! It’s two days until the Private Multiplayer Beta begins on PS4, and we look forward to joining you on the field of battle.

For more intel about Call of Duty: WWII, visit CallofDuty.com/WWII and follow @CallofDuty and @SHGames on Twitter.