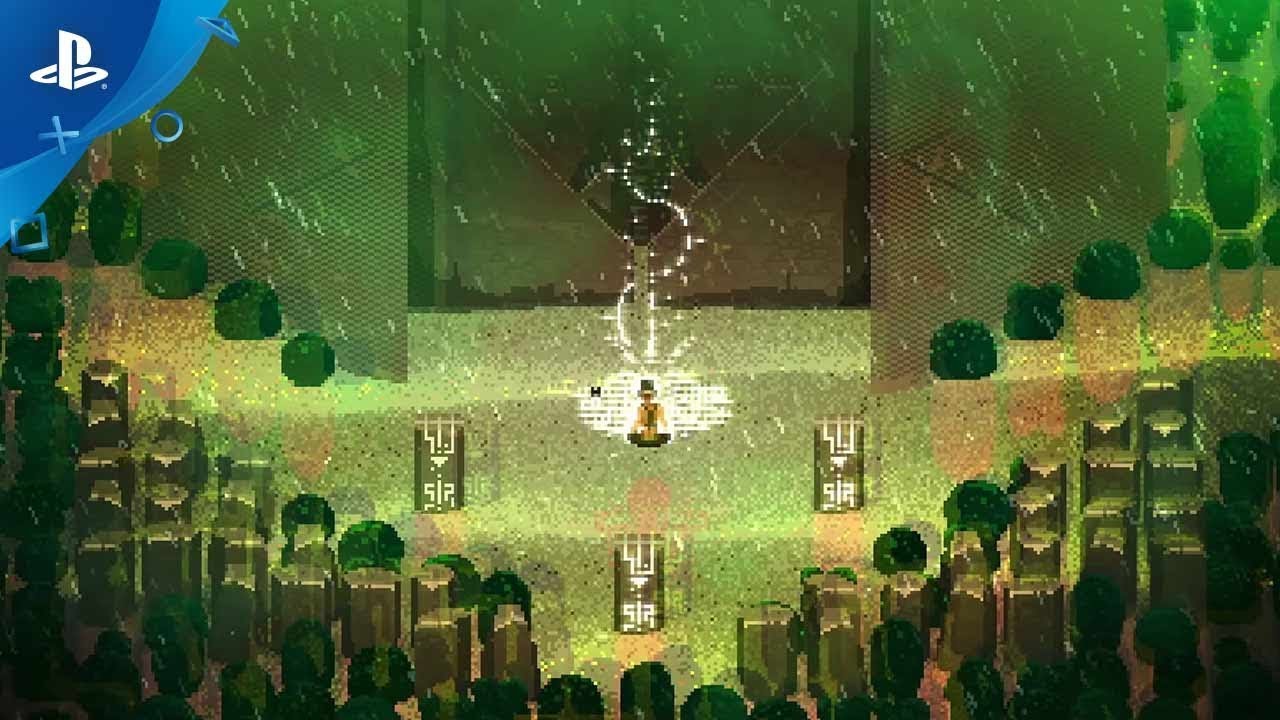 Roq is an intergalactic surveyor on the spacecutter Songbringer, a ship exploring the galaxy and visiting uninhabited planets. During what he thought was a routine mission, he wakes up on a mysterious planet without his shirt, beside his helpful robot companion Jib (who can be controlled locally by a 2nd player) and the smouldering remains of his hover bike. Something’s going on but he’s not quite sure what, so he does what any sane person would do in that situation: finds a strange sword and unwittingly awakens an ancient army of evil beings.

The planetary layout of Ekzerra is created from a 6-letter world seed when you begin a new game. This generates the layout of the the overworld map as well as determining the dungeon setup. Give this world seed to a friend so you can share the same secrets, or challenge each other to compete the world as quickly and thoroughly as possible, qualifying for the international leaderboards.

Songbringer has a host of awesome features including (but not limited to):

So grab your top hat, brush off your nanosword and get ready for September 5th.