Five Things You Can Only Do in Agents of Mayhem, Out Tomorrow on PS4 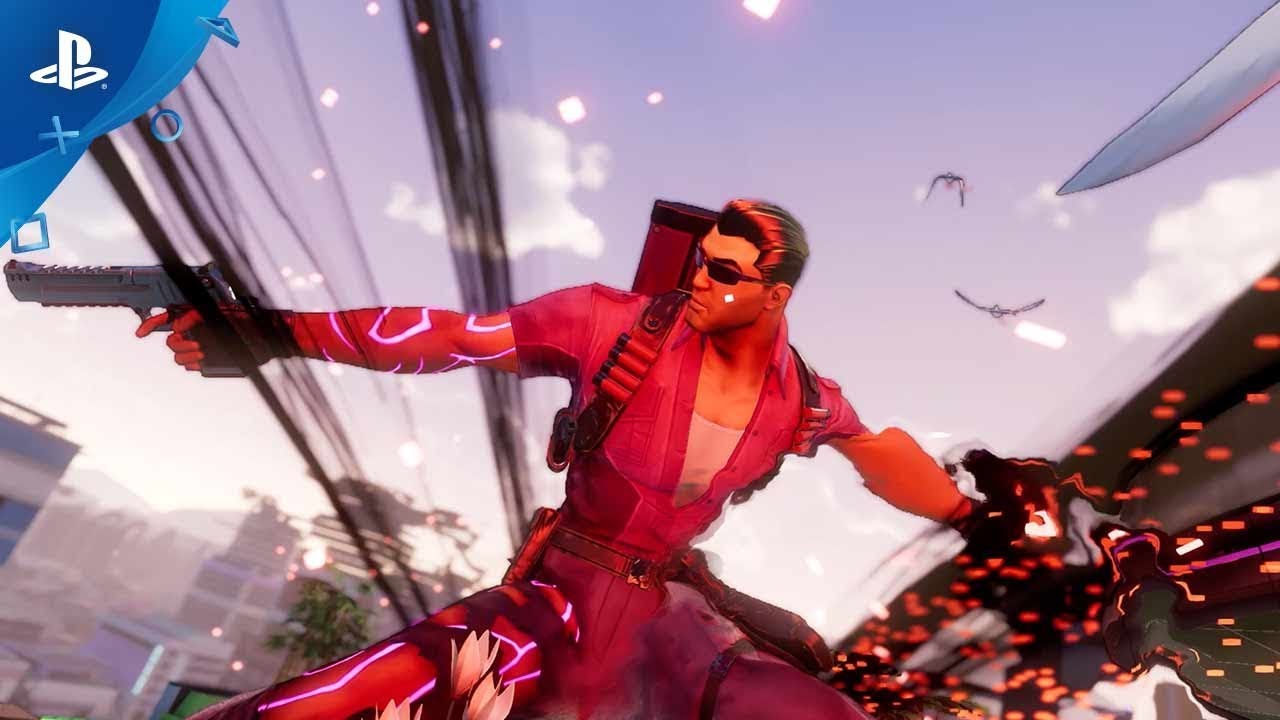 Volition's new game is... not a Saints Row game. Here are just a few of the many, many insane things you can do when it launches tomorrow on PS4.

It’s launch week for Agents of Mayhem, the latest over the top game from the creators of Saints Row! To accompany our launch trailer, we thought we’d give you guys a taste of a few things that you can ONLY experience in the open world of Deep Silver Voliton’s latest single-player action game. Enjoy!

A lot of games over the years have utilized physics-defying animations and movement styles like “double jump.” We put our heads together to think about how we could one-up the status quo, and we did exactly that! In order to raise the bar, all 12 playable agents in Agents of Mayhem come equipped with a standard TRIPLE-JUMP to traverse the towering high-rises of our interpretation Seoul, South Korea.

Our Game’s Got Seoul

Volition has always had kind of a fetish for setting games in cities whose names start with ‘s’ –Stilwater, Steelport, and now Seoul! When creating the hand crafted open-world, we wanted to find a location that conveyed the global theme of the game, and Seoul does exactly that. The fusion of ancient and modern architectural styles allowed us to make distinct districts within the world, and to allow Seoul to be set apart as the technological capital of our universe in Agents of Mayhem.

You Can Turn Things Into Cabbits

You might be asking yourself, “What’s a cabbit? Is that some sort of weird rabbit/cat hybrid?” Well, the answer is indeed — YES! You’d be exactly right. Funny, and little known fact, Cabbits have made an appearance in almost every single Volition game, and Agents of Mayhem is no exception. You can craft consumable items called “Gremlin Tech” (named after the base agent specializing in R&D) and throw these items at enemies to turn them from violent into adorable (but explosive) Cabbits!

Paving the way for innovation in dark matter research everywhere, Agents of Mayhem demonstrates the impressive nature of this technology, as it is used to power most of their high-tech weaponry, specifically their ability to teleport! Dark matter teleportation is the essential cornerstone for gameplay in Agents of Mayhem, because this is the technology that enables agent-swapping! Yes, that’s right, you take three agents into the field at any given time for any given mission, and you can instantaneously switch between them with a tap of the d-pad. Agent-swap allows you to create fun combinations of special and mayhem abilities, or simply to swap and let an agent heal up until then can get back in the fight!

Without giving away too many spoilers, there is a mission in the game where you have to hunt down and fight a pop idol. Obviously, because they’re evil. However, you have to do this on a stage surrounded by cheering fans… at their own concert… by hacking and turning off their autotune.

Of course, this is just scratching the surface. There are tons more quirky and over the top, crazy things for you to check out in Agents of Mayhem when it comes out on PlayStation 4 and PS4 Pro tomorrow — enjoy!