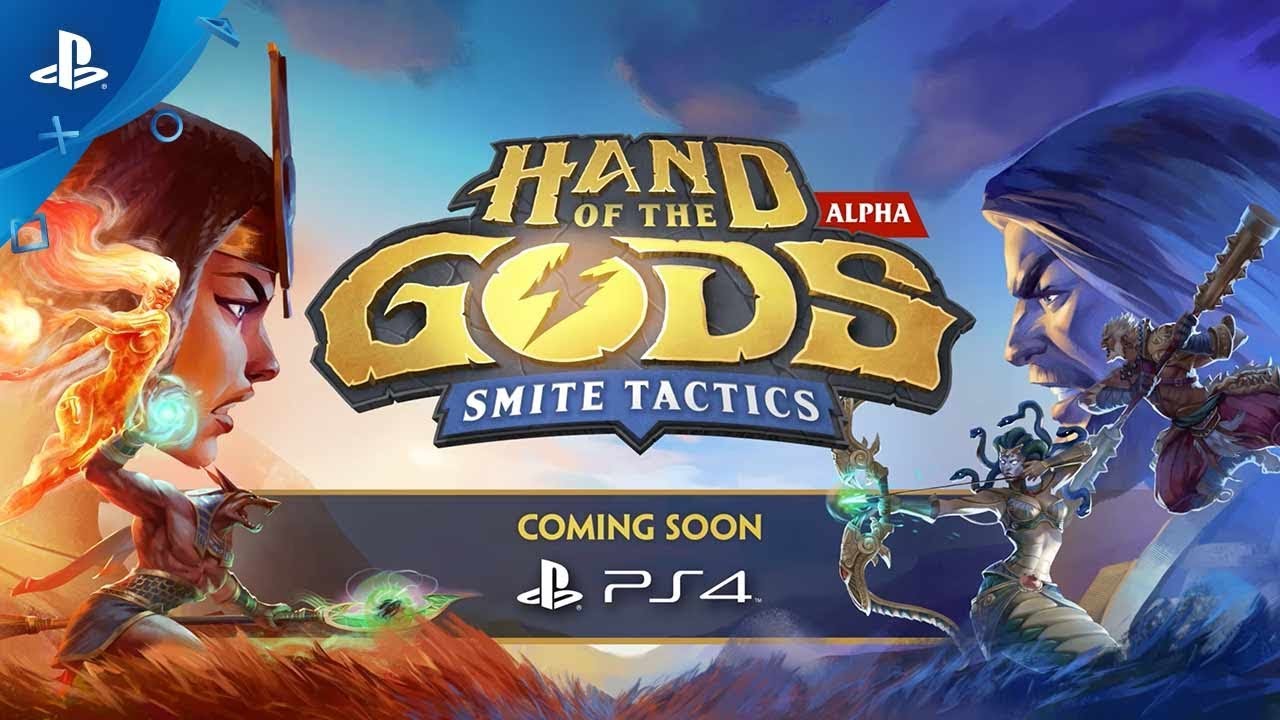 A new collectible card / strategy game set in the Smite universe, Hand of the Gods is coming soon to PS4.

What if your favorite collectible card game was about more than just cards?

We’re excited to announce Hand of the Gods: Smite Tactics is that game… and it’s coming to PS4 very soon!

You can sign up for the Closed Alpha test starting today, just by clicking here. We’ll start welcoming players into the Alpha in the next few weeks!

Never heard of Hand of the Gods? It’s the perfect blend of turn-based strategy and collectible card game. We’ve been called “Hearthstone and Xcom combined” by PCGamesN, but the whole is so much more than the sum of its parts.

In Hand of the Gods, it’s just not about what cards you play. It’s about where you play them, and how you can outmaneuver and outplay your opponents with tactical brilliance.

You’ll build your army around one of six mythological pantheons, featuring the characters you know and love from the hit MOBA Smite. Lead your forces into battle as Zeus, the Greek God of the Sky, Ra, the Egyptian Sun God, Odin, the Norse Allfather, or other amazing deities of myth. Now, you’ll truly command the gods on the Battleground of the Gods.

Hand of the Gods lets you get even more up-close and personal with the Gods of Smite, rendered for the first time in the rich detail made possible by Unreal Engine 4. Experience stunning effects, rich animations, and more of the Gods’ unique personalities.

And we saved the best news for last: It’s 100% free to play Hand of the Gods! Even better, we’ll help you get started on building your army with 4 Core Card Packs, free when you finish the tutorial.

So what are you waiting for? Sign up to join the Closed Alpha for free today, and become one of the first to play Hand of the Gods on PlayStation 4.