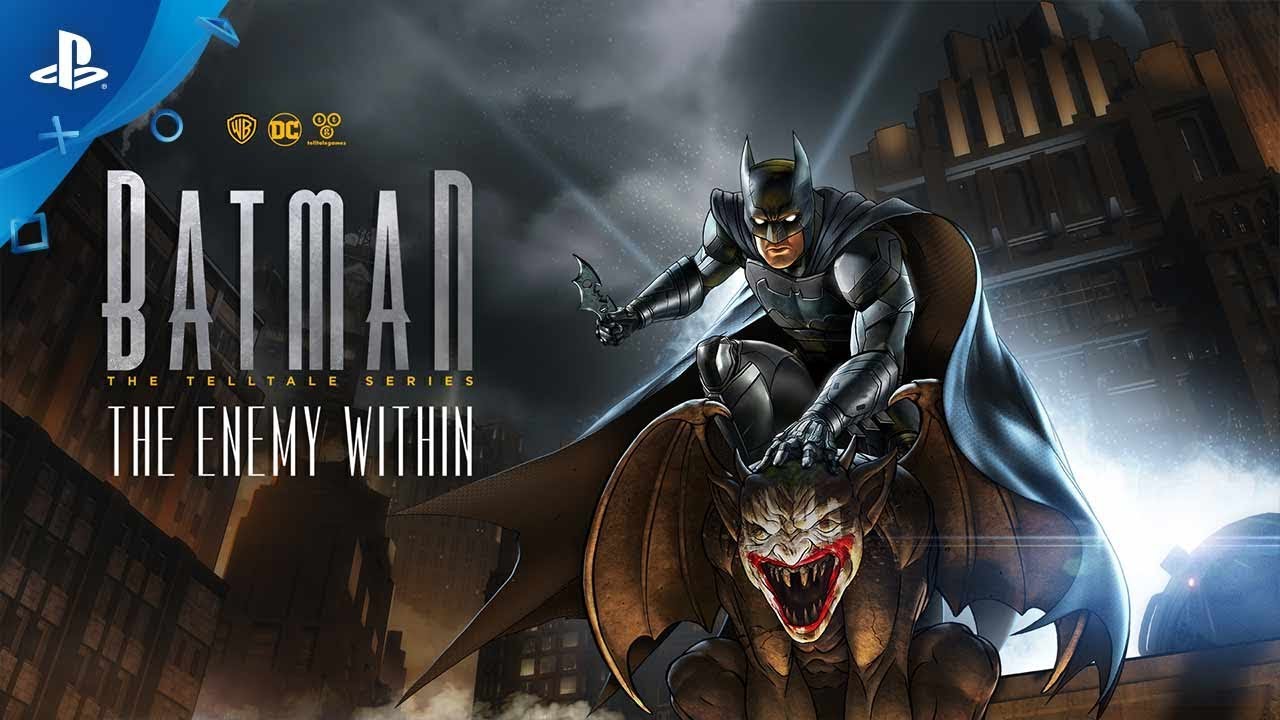 Telltale's take on the Caped Crusader gets a second season, launching next week on PS4.

Hey everyone! James Windeler here, Lead Writer on episode one of Batman: The Enemy Within. Just last year, we launched the first season of our series, offering an original take on the iconic hero and the characters around him. A few weeks ago at San Diego Comic-Con, we were thrilled to announce that our second season, Batman: The Enemy Within, will be premiering for download on August 8th!

Since we’ve revealed the game, we’ve made it no secret that we’re upping the ante with the number of villains we’ll see. Our friends and partners at DC Comics have left the door open for Telltale to develop our own take on canon, and we love seeing how we can turn elements just enough on their heads to make this version of Batman our own. Just as in the first season, we take pride in giving our own spin on the classic villains, as well as Bruce and the Wayne family… as players found out early in our story that Bruce’s father was actually corrupt himself.

This time around, Batman will face off with a decidedly more vicious take on Riddler than we’ve seen in any other Batman canon. He has far less time for goofing around and much more of a penchant for pain. Beyond Riddler, there’s another major impending threat in play this season, something that we seeded in Batman: The Telltale Series with a character by the name of ‘John Doe.’ Internally, we refer to John as our ‘Proto-Joker’ — a man on the brink of madness who helped Bruce escape Arkham Asylum, only to come back this season with reason to believe that his ‘friend’ Bruce not only likes him but also owes him a favor.

We want fans to know that their relationship with John Doe (and eventually, the Joker) is something they’ll be affecting with the decisions they make throughout the season. As Batman and Bruce attempt to stop the immediate threat to Gotham, John will be watching your every move and learning from your choices. By the end of the story, you will have created your own version of Batman’s classic nemesis through your interactions.

Fan feedback has always been a crucial part of our development process, and we’ve heard our fans loud and clear: they want longer episodes with more variety. This premiere episode alone clocks in at over two hours in length, and includes more puzzles, more dynamic choices in the middle of the action, and more consequence to each choice as you carefully navigate the character relationships. Throughout all Telltale Games, it can often be difficult to understand how relationships change or are affected until later episodes (or even a second play-through), so we’ve also begun to implement all-new stats screens at the end of each episode that will allow players to see where they stand with their favorite characters like Jim Gordon, Amanda Waller, and so forth.

There are a TON of surprises in The Enemy Within, and we really don’t want to spoil too much. If you haven’t played season one, don’t worry! Although the story continues from season one and save files can carry over into The Enemy Within, we’ve created a story that enables players to start fresh here after getting caught up with a recap before the new season begins. You can also use a story configurator before you dive in to emulate the choices you made last season if for some reason you don’t have your save file from last year on your current system.

Beyond that, we just can’t wait for you to play it! Check out the trailer, play the premiere on August 8th, and let us know what you think in the comments!