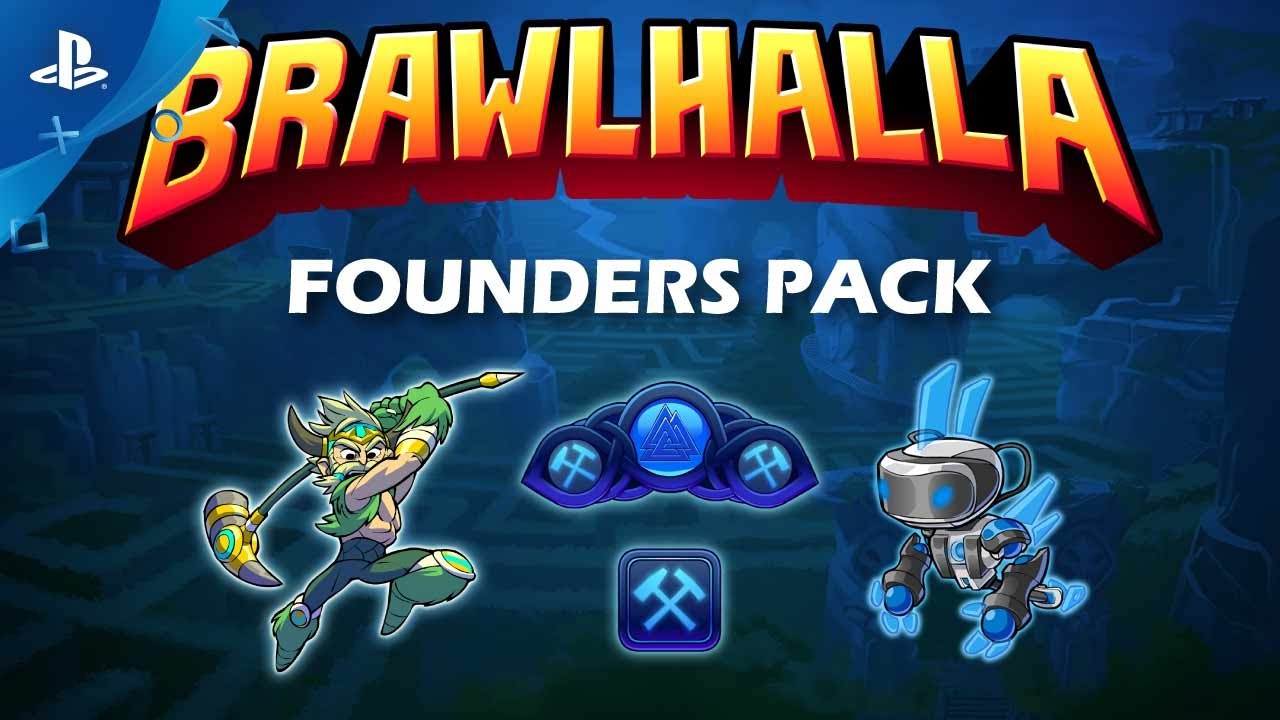 The Big Brawl in Odin’s Hall enters its final phase of beta. Grab the Founders Pack to secure all future fighters as they're released.

The Brawlhalla PlayStation beta is entering its final stage, and on August 1st we’re celebrating with the exclusive Founders Pack.

Brawlhalla Founders get all Legends forever! This means all thirty-two current fighters, plus all the fighters we release in the future are automatically unlocked for you. Founders also get exclusive rewards: the sleek new Personal Sentry IV sidekick, the Founder’s avatar, and the Founder’s nameplate. Together these items forever identify you as an honored Brawlhalla Founder. On top of everything else, Founders get instant access to the Brawlhalla beta.

Sure that’s a lot, but we have more huge news. It’s been a long road to get here, but we are very happy to announce that on release, Brawlhalla will feature cross-play! This means that soon, PlayStation players will be able to invite PC friends to join them in Brawlhalla, and vice versa. Imagine brawling in a wild eight-player free-for-all with three friends on your couch, two friends on their PlayStation across town, and two more friends playing on their PCs!

Getting cross-play working has been quite a project. Among other challenges, we’ve had to get gameplay to work exactly the same on both platforms. Brawlhalla uses predictive networking for responsive online play, and for that to work, each player’s inputs have to produce precisely the same results on both platforms—down to the thousandth of an inch—or the differences build up over time and cause havoc. I’m really proud of the job our tech team has done getting the game ready. And now that we’ve solved the technical hurdles, we’re beyond excited to get this feature into your hands.

Some of you are wondering, “What is ‘Brawlhalla’ anyway?” Brawlhalla is a classic, high-energy platform fighter you can play with your friends on a couch or online. Set in Valhalla, a golden hall filled with the greatest warriors from every time and place, Brawlhalla is the Grand Tournament Odin created in a vain attempt to keep his warriors from tearing Asgard apart.

We’re really excited for the next phase. A huge thank you to everyone who’s joined the beta so far. You can still sign up at beta.brawlhalla.com to get into the beta queue. Or pick up the Founders Pack for instant access! We’ll see you in Brawlhalla.