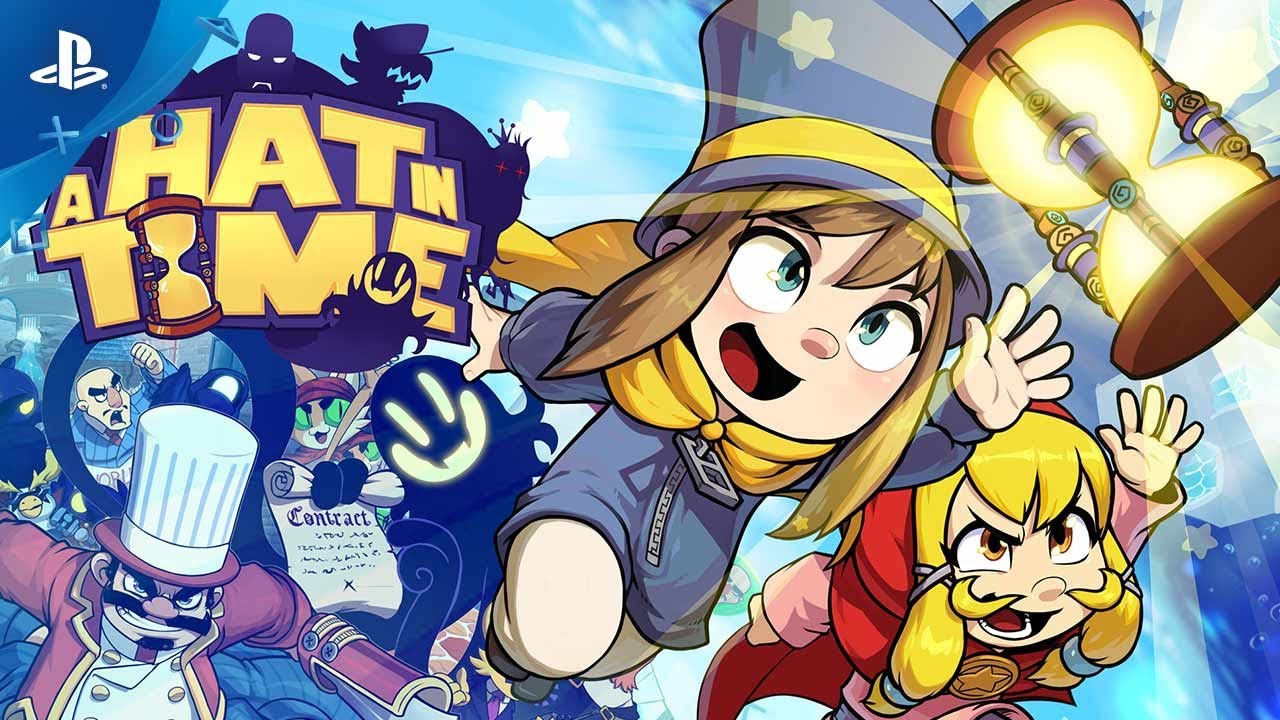 Stitch together new hats to wield incredible powers... and look real stylish in the process.

Jak and Daxter, Sly Cooper, and Ape Escape are some of my fondest PlayStation memories. That’s why I’m thrilled to announce that our cute-as-heck 3D platformer A Hat in Time is the first of many games coming to PS4 through our new publishing initiative “Presented by Humble Bundle.” We’re working with Denmark studio Gears for Breakfast to bring Hat Kid and all her adorably stitched hats to you this fall for $29.99.

It’s amazing to see how much time and effort goes into making such a huge platformer with tight mechanics, gorgeously visuals and music, and a wacky story. Years ago, Gears for Breakfast threw its hat into the development ring, helping create a resurgence of 3D platformers. Since then, the Gears team surprised itself with just how big an adventure it could make.

In A Hat in Time, you play as a tiny space-travelling girl with a big top hat. Her adventure is halted when all her fuel (Time Pieces) is lost and scattered across a nearby planet. Hat Kid must now jump, fight, and talk her way into every nook and cranny of this new world to restore her fuel and resume her journey.

Throughout her adventure you can expect more than 35 acts, including an island full of mobsters and food, a murder mystery to investigate and platform while riding a high-speed locomotive, and some that only the most dedicated collectors will reach.

Hat Kid is agile despite her young age. She can double jump and climb up walls, as well as propel through the air using her speedrunner-appropriate dive. Hat Kid gains even more mobility and abilities with her heaps of adorably adorned hats, provided she finds enough yarn hidden throughout the world for her to stitch.

For example, her witch hat allows her to brew potions that harm enemies and break through environments. Her fox mask allows her to peek into the dweller dimension, and her snow hat lets her turn to ice and crush her enemies. Hats can become even more powerful by attaching badges that are found, sold, and traded by the locals, too. Hope you like a little metroidvania in a 3D platformer, as these new abilities will let you explore and conquer new places and puzzles you could not previously.

With such a grand scope, Gears for Breakfast is rightfully working hard to push A Hat in Time across the finish line. As this is Humble’s first published title on PS4, we’re working with the top-notch magicians at Hardsuit Labs to make this an ideal console experience for you.

While there’s so much more to say about A Hat in Time, including details on Mustache Girl and her sublime British accent, I don’t want to spoil it. Fortunately, it’s only a matter of time until we explore more of this ultra witty and cute adventure together.

a hat in timePlayStation 4playstation games