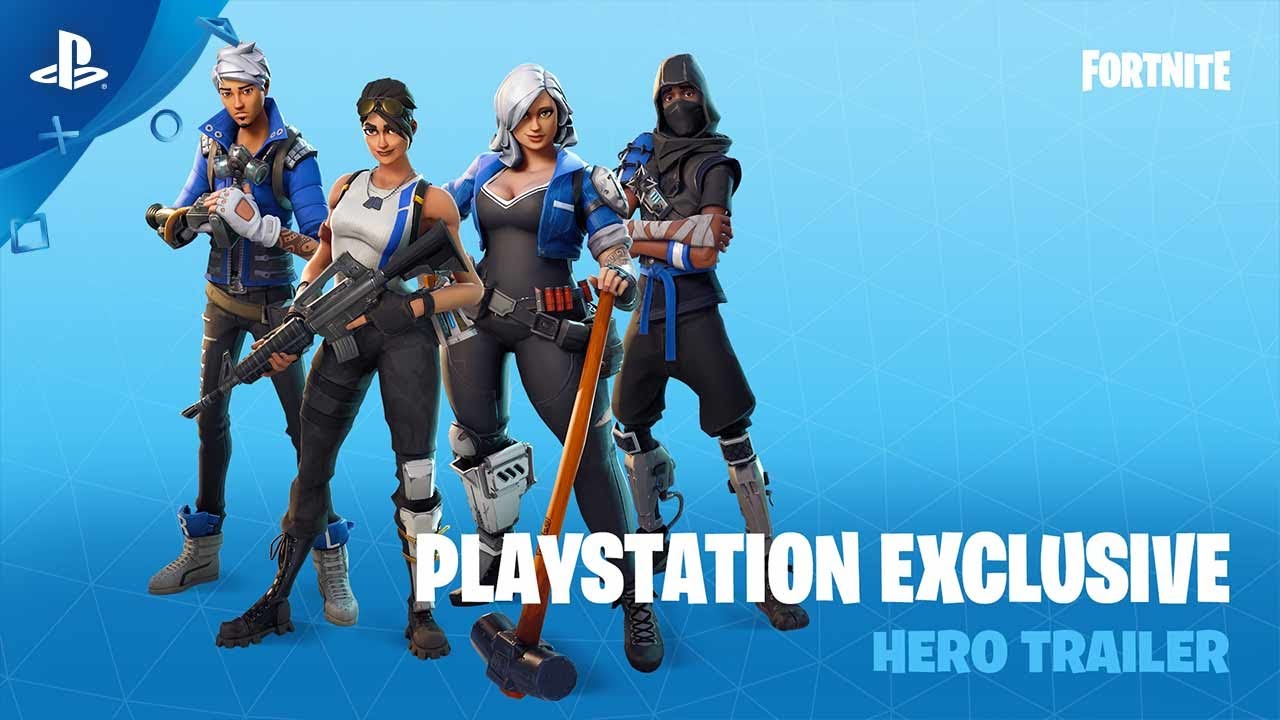 Don't take shelter. Make it. Build and defend majestic forts from an oncoming onslaught of the undead.

We’re proud to be able to bring our Fortnite Early Access season to the PS4 starting today! We at Epic Games are glad to have your help while we gather feedback, grow the PlayStation community and expand the world of Fortnite.

Okay, some of you are probably asking “What’s Fortnite?” Well, Fortnite is our co-op action building game, where you scavenge, craft and defend forts against hordes of monsters, all in worlds where no two games are ever the same. That’s a long way of saying get your friends, build some forts, fight some monsters, level up your loot and save the day!

Here are some of the things you should know about Fortnite…

What special bonuses do I get for purchasing on PlayStation 4?

You get four exclusive hero cards all dressed up in their PlayStation colors! This includes one ninja, one soldier, one outlander and one constructor. You can use these cards to play directly, or use them to bolster your active hero squad. Check out the video at the top of this post to see them in action!

Founder’s Pack items are unlocked over time by playing the game. Why? As you go through the tutorial, you’ll be granted some quests that unlock at different points that make sense with game play. The majority of your items will be unlocked after the Loot Llama tutorial event. There are a few exceptions with some of the highest-tier packs where additional gameplay-based quests are required.

Read our FAQ at epicgames.com

How do I gather stuff in missions?

You can destroy just about anything in Fornite that’s not the terrain. Pretty cool right? However, if you blow everything up you are missing some opportunities for loot. Look around for highlighted objects in the world, and make sure you search them! You never know where your next gun will come from.

Early on in your Skill Tree you can unlock a skill called “Weakpoint Vision.” Once you have that, you’ll start spotting targeting reticles on the objects you are destroying. If you aim at these places and hit them, you’ll literally double your harvesting rates! Also there are numerous pick axe upgrades in the skill tree, this will increase the damage done to objects, so keep an eye out for them.

Want to harvest wood, metal and stone faster? It’s helpful to know that trees are efficient source of wood (obviously, ;) ) rocks for stone, and cars (and sometimes metal ore nodes) are the best for metal. So if you have a choice between tearing down a cabin wall, or hitting a tree, hit the tree it’ll probably be a bit more efficient.

What happens if you run out of ammo in a firefight? Well, if you hold down your reload button, it will auto craft the ammo you need for the weapon you are carrying all from your backpack of ingredients. There is no need to open an inventory menu when an angry Husk is running at you.

Every building piece can be edited and shaped into other pieces. Example: Remove a double block stack from a wall and you’ll get a door. Take some time to play around with these shapes, or try out one of the “Build Radar” tower missions to teach you how to build more advanced shapes. Another thing you should remember, using building to get to places you can’t normally reach is key to discovering more treasure. Not sure how to get to the top of that roof? Build some stairs up the outside and find that loot!

Don’t forget to put XP into your favorite heroes, weapons and traps. Choose your schematics wisely initially, a few well-leveled schematics can get you through the early game with little problem.

Don’t forget to use the favorite features in the armory. This lets you sort important schematics but also stops inadvertent grinding up of your favorite stuff into recycling materials.

Use your ears as well as your eyes! You can sometime hear chests humming behind hidden walls in the area. These chests offers the biggest chance to drop important weapons and traps.

Bonus Tip! Ripped from the headlines of our Community: Gnomes

“Smash gnomes. I have it on good authority that smashing gnomes can give you rare loot like active power cells. You want those. You don’t want gnomes. Smash gnomes.” – Community Member Stormcaller

The first phase of Fortnite’s development has been a lot of fun, and we are truly looking forward to learning a ton from Early Access. As always, if you aren’t sure about checking out Fortnite during Early Access, we will be evolving into Free-to-Play during 2018.

Those of you who are bold (and tolerant) and enjoy helping to shape a game’s progress, we welcome you to the community of builders! We will be offering Founder’s Only events, cool loot and other special updates for our Founder’s Season. There are a lot of great games out there and we know that voting with your dollar is an act of faith. We are thankful for that trust and we look forward to seeing what you’ll make with us!