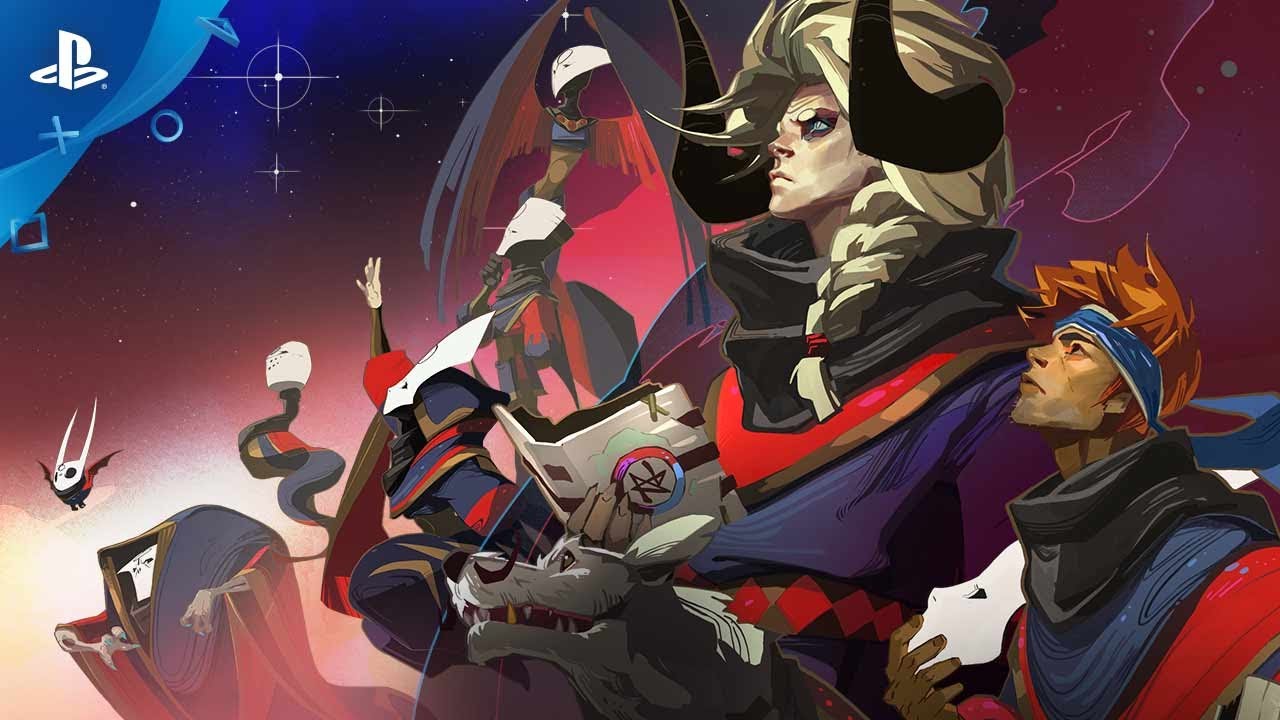 Supergiant features more characters in Pyre's 90-second launch trailer than there were in the studio's first two games.

If you enjoyed Transistor or Bastion, then I hope you’ll have a chance to play Pyre when it debuts next week on PS4. Our third game is a party-based RPG featuring our biggest campaign ever, filled with unique characters I cannot wait for you to meet. You can get a taste of what’s in store in our launch trailer above.

My favorite part of this trailer is, it has more characters in its 90 second running time than you meet over the entire course of our first two games. And, it’s really only scratching the surface — you’ll see what I mean once you play the full game! For example, the trailer doesn’t reveal one of the most unique aspects of Pyre’s campaign, which is that there’s no Game Over — the story moves forward no matter whether you prevail or you fail in any of the game’s high-stakes ritual competitions, where the freedom of your fellow exiles hangs in the balance.

Enhanced for PlayStation 4 Pro: Another detail we’re very pleased to reveal is that Pyre runs natively in 4K on PS4 Pro, which is a first for us. You’ll experience the game running at an ever-glorious 60 frames per second, in that absurdly high resolution that you have to see running on a 4K display to truly appreciate.

Click through to see this actual in-game screenshot — in 4K resolution!

If you don’t have a PS4 Pro, no worries, of course…! We think you’ll find the game looks stunning and runs fantastic on your console.

50+ Trophies: One more tidbit for you Trophy hunters out there… Pyre features more than 50 Trophies to collect, including one of those elusive Platinum varieties. This is way more than in either of our previous games, and we hope you’ll enjoy tracking them down. We love designing Trophies for our games, as, at their best, they can open your eyes to new ways to play and create a really exciting game-within-a-game experience, and make you feel that much more rewarded when you finally get all of them.

We cordially invite you to join your fellow exiles in their quest for freedom!

There’s still time to pre-order Pyre and save 10% off the full price if you’re so inclined. Though, speaking as a former game critic who reviewed games for like 12 years before finally getting a shot at making them, I would just as soon encourage you to wait and see what folks have to say (especially if that 10% off doesn’t matter much to you). I myself don’t know what they will say just yet, but I do know this: They’ve said kind things about Bastion and Transistor, the last two games I’ve worked on. And, all of us at Supergiant who made those two games stuck together and pushed ourselves to the limits to make this one, in the spirit of our first two. So, I’m confident that, especially if you enjoyed our first two games, you’ll find something to love in this one. But you shouldn’t have to take my word for it. Until Tuesday!!