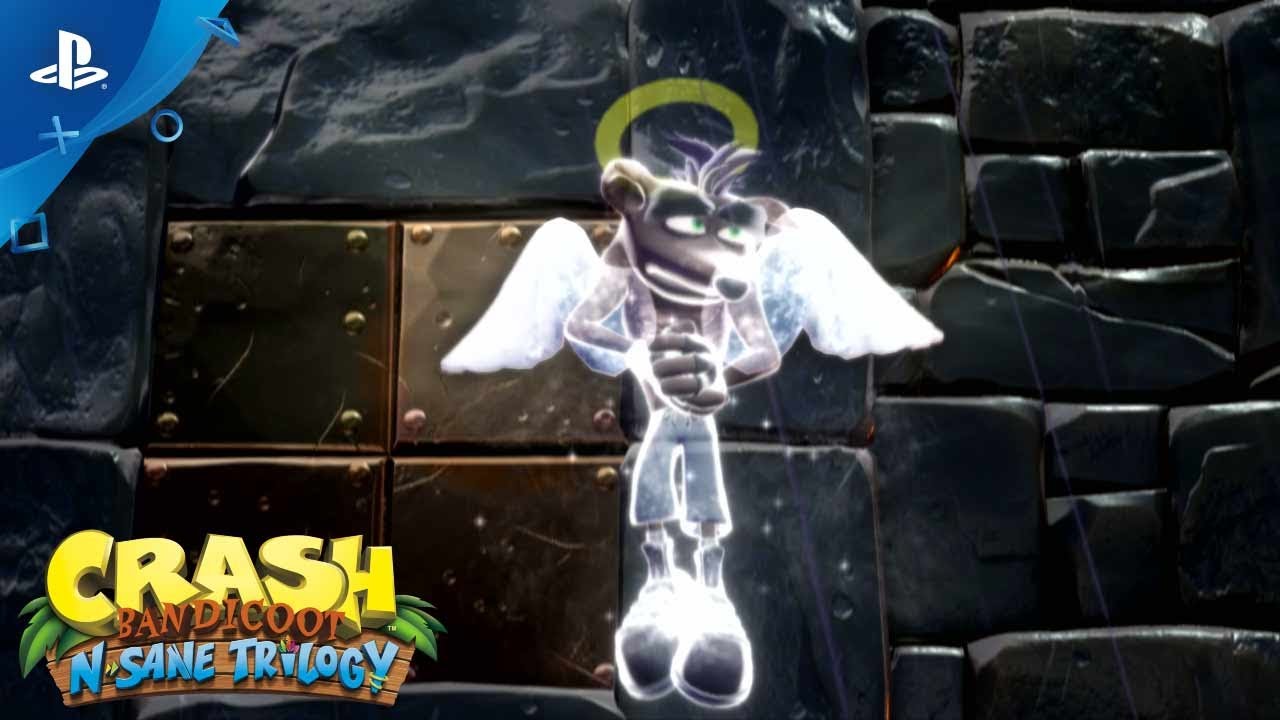 Play Stormy Ascent -- a level originally removed from Crash Bandicoot because it was too hard -- in the N. Sane Trilogy... today! Free through August 19.

How did this level come to be?

Dan Tanguay: The team here at Vicarious Visions knew the fans really wanted Stormy Ascent, and so did we! One of the best players on the design team had beat the first game and wanted a new challenge. So, we told him to try the original Stormy Ascent. It took him 60 lives to get through it – needless to say it was much more challenging than he had expected. However, he still fell in love with it and we decided to bring it life.

Tell us about making Stormy Ascent

Taylor: I was new to games and game design back then; I didn’t have a great understanding of a difficulty curve. This level was so close to the end of the game and, you guessed it, it ended up being insanely difficult. As in, so difficult that it was hard for me, and I’m the guy who knew exactly how far Crash could jump, how late a player could take-off, and so on.

Taylor: Yes. It was one of the last levels I finished during production, and as we prepared to deliver our Gold Master to Sony for manufacturing, the decision was made to cut it. It was playable, but just too damn difficult, and we ran out of time to make it easier. It remained on the disc as it was less risky just leaving it rather than trying to remove it. It was basically hidden, but it was there.

Taylor: I think it’s cool when fans find hidden things in games, this was no exception. I was glad it somewhat found the light of day, and I think it’s an awesome level.

In 2017, games like Dark Souls and Bloodborne are all the rage. People like games that are difficult! We were so ahead of the curve! Now Stormy Ascent is alive as part of the Vicarious Visions-developed Crash Bandicoot N. Sane Trilogy. Go forth and enjoy!