Anatomy of a Remaster: The Making of Rogue Trooper Redux 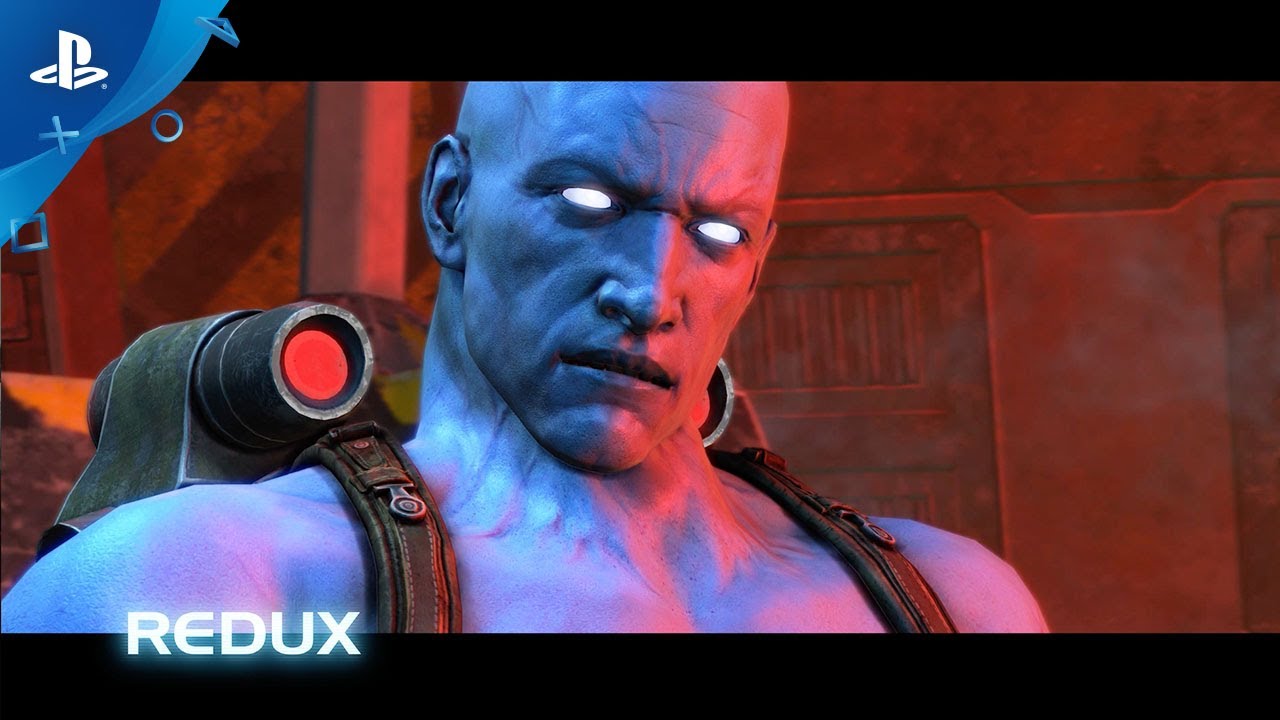 Rebellion explains some of the nuances that go into remastering a 2006 PS2 game for modern hardware... and modern gamers.

Today we revealed Rogue Trooper Redux is coming to PlayStation 4 on October 17!

Exciting news, no doubt, but as someone who worked on the original, it’s staggering. Here’s this game we released for the PlayStation 2 in 2006, remastered for PlayStation 4. It is a bit surreal if I’m honest, but I’m thrilled to see how far the original has come. Our new side-by-side comparison trailer really underlines the difference!

So, how did we and our friends at TickTock Games do it?

You might think it’s straight-forward to get old games up-and-running on modern hardware, but this isn’t always the case. The PlayStation 4 is vastly different in architecture to its forebears and the landscape of online gaming on PlayStation is unrecognisable to that which existed a decade ago.

What’s really required is a version of the game built especially for modern hardware, something that integrates properly with all the lovely stuff we’ve come to know and love – trophies, invitations, high-definition textures, 1080p, dynamic lighting & shadows. The list goes on.

So, where to start?

Hopefully you still have the source code and assets for your original game somewhere. It’s going to be a long day if you have to build everything again from scratch! Recreating gameplay is notoriously difficult to do well – if you don’t know exactly how it was worked originally, how can you hope to re-create the exact feel of that classic game?

Fortunately, for Rogue Trooper Redux, Rebellion’s pack rat mentality of saving everything (and we mean everything – our warehouse is a treasure trove filled with 25 years of gaming history!) paid dividends. So we were able to take the original source code and re-compile it for modern hardware. It wasn’t entirely smooth sailing – these things never are – but it was much easier than starting from scratch.

So far, so good! Now it’s just a case of getting online play to work, integrating all those lovely things I mentioned before, and re-packaging the game for the modern consoles, right?

It’s time for the makeover!

But if you’re going to do all that, why not make the game look as lovely as it plays? To really make the best use of the power available, you need to completely re-write the rendering code to use all the lovely toys available to us now. Then, to make use of those new renders, you need new assets – new textures, specular maps, high-poly meshwork.

Fortunately, armed with the original assets and the tools we used to make them, we were able to completely re-skin the game with all-new character meshes, vehicles, textures and a whole bunch of set dressing. After all that the game was looking better than ever, but there were still a few stumbling blocks to conquer. The FMV cutscenes, for example, had to be completely re-rendered at modern resolutions.

Great gameplay doesn’t age – at least not as much as graphics do! But things do change – conventions develop, players come to expect a particular button to do a particular thing because that’s how other games do it.

Rogue Trooper is one of the earliest cover-based shooters, but since its release certain “genre conventions” have developed. In order to bring the game to as wide an audience as possible, we felt it was best to tweak the original controls to match these.

In the original, you switched to cover mode with a button press. This worked well at the time but most modern cover shooters use an automatic binding system where pressing against cover switches into cover mode. In comparison, the original mechanism can feel a bit clunky and dated.

So for Rogue Trooper Redux, we’ve modified the cover system to use the automatic method and, unless you’d played the original, you wouldn’t know it wasn’t always like that.

Losing the manual control freed up a button that we could use for another feature that wasn’t in the original but is more-or-less expected now: aim mode. Aim mode pulls the camera in tight over Rogue’s shoulder, allowing you to line up your shots much more easily without switching to sniper mode. It’s slick, useful and it feels like it’s always been there. If you’ve played any recent third-person cover shooter, it’ll be instantly familiar.

Creating Rogue Trooper Redux has been a fascinating experience. Revisiting the old stomping grounds of Nu-Earth has, at times, felt like digging through dusty attics, rooting through old boxes, each new discovery bringing back fond (and not so fond) memories. Ultimately though, it’s been great to see something that means a lot to us being played again. A decade is a long time and memory is a funny thing. With the rosy-tinged gaze of nostalgia, Rogue Trooper always looked this good. Now it really does.