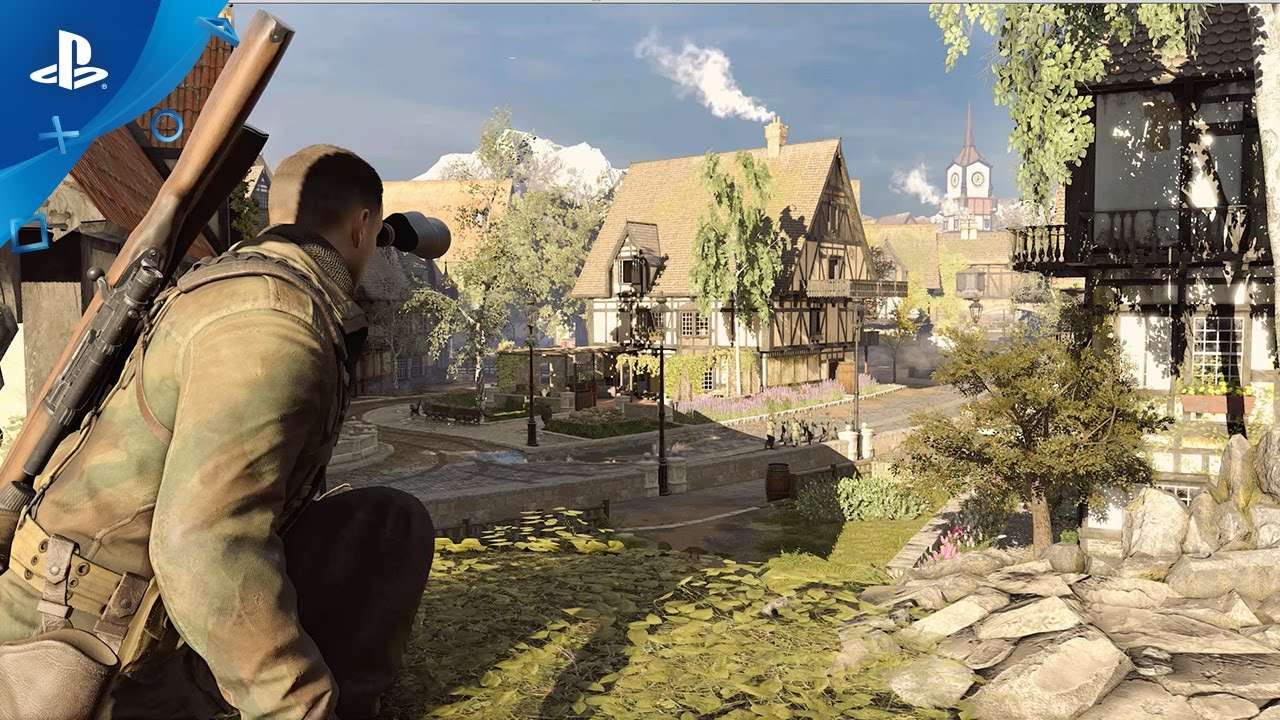 The third and final chapter of the Deathstorm campaign has arrived.

It’s been five months since we released Sniper Elite 4. Since then we’ve continued to produce a mix of paid and free content. If we include our upcoming update, altogether we have added:

On top of that, we’ve continued to tweak the game and respond to player feedback. For example, one feature you’ve requested is the ability to choose a character skin in the main campaign. Well, we’ve added that! You can now play through the campaign as any of the allied characters.

So what’s in the next release? Good question. There’s a lot!

Jim, our weapons expert, says, “It was an unusual and elaborate survival and hunting weapon issued to Luftwaffe pilots and aircrew during WW2. It had two 12-gauge shotgun barrels over a 9.3x74mmR rifle barrel and was of high quality materials and manufacture with engraved decoration.”

Also in the pack are the SVT semi-automatic rifle and the M712 Mauser fully automatic pistol. I could do an entire blog post on how we selected our weapons for Sniper Elite 4, but needless to say that choosing this one involved several members of the development team, a secret underground bunker, and the words “We need something unusual…”

So, what about all the free stuff?

Authentic Plus Difficulty
The more experienced among you looking for an even more challenging experience should enjoy Authentic Plus. We’ve essentially decided to make the AI more relentless, along with a few other changes and wrap it all up into a new difficulty level.

How does it play?
Well, it’s pretty dang hard! The enemy never stops searching for you once they know you’re in the area, and that really encourages you to push as far as you can into the map without being spotted. Once you go loud, simple pop-ups that you may have come to rely on are no longer present — no more callouts telling you that you have killed someone — you have to look and check for yourself.

It all combines to form a very challenging and rewarding experience. There are a couple of well deserved Trophies for those who take on the Authentic Plus challenge.

Facility Map for Survival Mode
New for fans of our co-op Survival mode is “Facility,” inspired by the Coastal Facility mission from the main campaign. While there are vehicles in the other missions, we’ve stuffed a lot more into this one. Infantry arrive in trucks and armored half-tracks, giving you the chance to pull off a satisfying multi-kill before they unload. I have to say it’s probably my new favorite Survival mission.

Bunker for Adversarial Multiplayer
For those that prefer adversarial multiplayer, we’ve added a new map called “Bunker.” Like all the multiplayer maps we have added, this supports all modes. We’ve had some competitive games in the office over the last few weeks, and this map has a spread of sections that suit most play styles. There is a good mix of high points looking over open spaces and more intricate buildings.

Me? I plant six traps and hide in a dark corner. My colleagues hate me.

Thanks for reading, and for the tons of support you’ve given us with Sniper Elite 4, we really appreciate it.