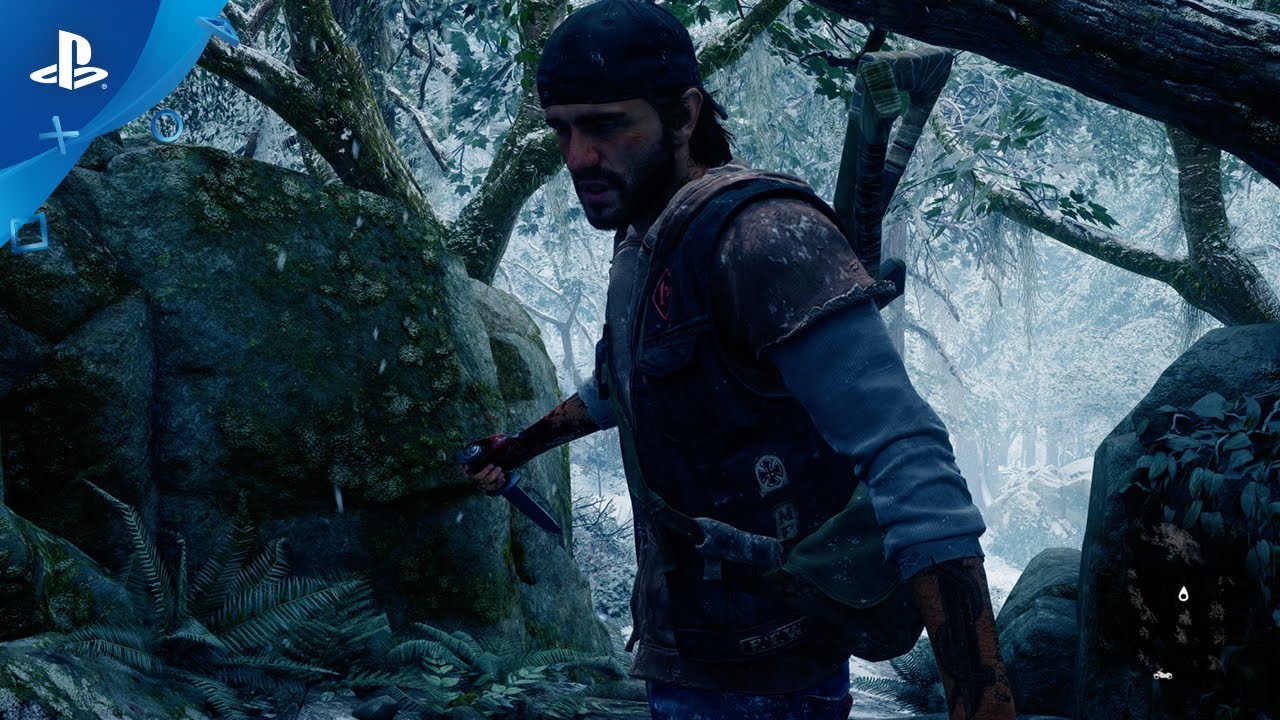 At the E3 2017 Media Showcase we premiered a new gameplay demo for Days Gone that focused on open-world dynamic events. Behind closed doors, we showed an alternate-path of the demo, changing up the weather, time-of-day, and play style. Our goal for this second demo was to show that changing something like the weather was more than cosmetic — it could significantly impact the experience.

After the dust from E3 settled, I sat down with Sam Witwer — who plays Deacon St. John — to watch the Alternate-Path Gameplay Demo and talk about some of the things we’re trying to do in Days Gone.

Here are some of the topics we covered:

All of these features work together to create a dynamic, open-world experience. When Deacon rides out to save his friend, the weather, time-of-day, dynamic events, and playstyle preferences can change the experience pretty dramatically. In the Media Showcase demo, Deacon weaponizes a Swarm and uses it to attack the Marauder camp, while in the alternate-path demo, he goes in guns blazing. And these aren’t the only ways to play it.

Sam and I also talked a little about the genesis of Deacon’s character over the last three years of development and some of the challenges Sam faced while helping create the character. But because Sam is not only an accomplished actor but is an avid gamer as well, it was interesting to hear his thoughts on the game itself, the dynamic events, the alternate paths, the brutality of the world.

We’ll be talking more about all of that — and Deacon’s story — in the coming months, but in the meantime, think about this: when the world of Days Gone comes for you, will you be ready?