Bring Masks To A Sword Fight In Masquerada, Arriving August 8 for PS4 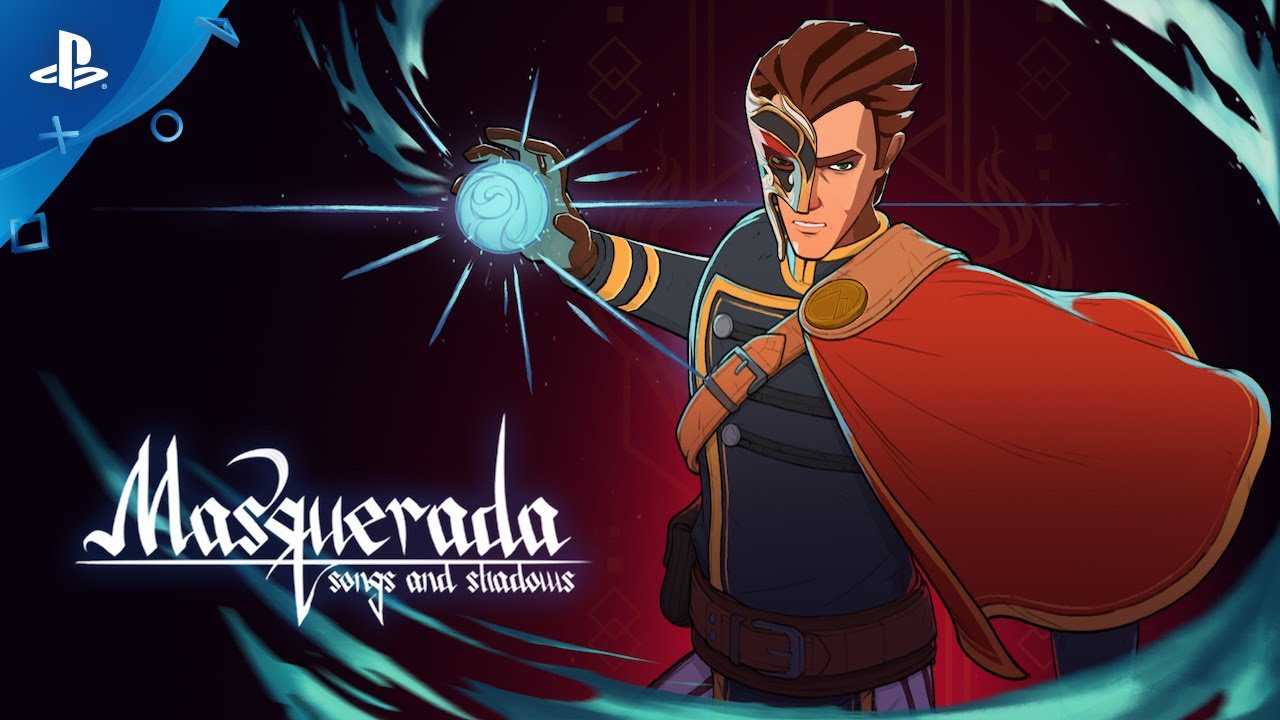 This new adventure from Witching Hour Studios explores a city of deception and facades... and the people behind them.

Hey all! Nick here, with an exciting announcement — Masquerada: Songs and Shadows is going to be released on PS4 August 8th! I’m here to talk a little bit about what the game is all about.

The original seed for the world of Masquerada was a Dungeons & Dragons campaign our Creative Director, Ian, used to run. (You can read more about his process in his previous PS Blog entry!)

When I was brought aboard to flesh out the world and weave a story within it, we kept coming back to the concept of the Mask. A mask hides and protects its wearer, and in the world that Ian had created, it could do that quite literally – magical masks called Mascherines granted their wearers the ability to manipulate the elements, bestowing upon them the power to defend themselves.

We wanted to take this further. We wanted the Mask to be a pillar not just for the gameplay, but for the narrative and setting as well, and that’s how we came up with the story of Masquerada.

In Masquerada, you play as Cicero Gavar, an inspector of his time brought back to the city of Ombre to investigate the disappearance of a friend. Ombre – the city-state within which the entire story takes place – is, on the surface glitzy and glamorous, but as the tale unfolds you learn that it, too, has a mask of its own. Beneath the bright colors and flashy spectacles lie ancient secrets unearthed as Cicero’s search for his missing friend embroils him in long forgotten currents.

Complicating his ventures even further are the messy happenings of the city. Large factions called Guilds vie for power in the tiny urban bubble of Ombre, mythical creatures called Fey have appeared with nary an explanation, and groups of rebels have been seizing territories in unprecedented fashion. Cicero’s investigation leads him straight to the root cause of all of these seemingly unrelated events.

At the heart of this tale, however, are the companions that Cicero travels with – people in this world wear masks of all sorts — to obscure their intentions, to hide their secrets, or to bury their skeletons — and the characters you journey with are no exceptions.

We wanted to explore the idea of what it would take for someone to abandon their protective facades, to expose their vulnerabilities, and what good could come of it. Enter Cicero’s four main companions – a reclusive archaeologist who prefers books to people, a healer who would kill to keep his past hidden, a marshal who protects her heart with platitudes and laws, and a cheery musician entangled in an underground network that deals in death.

Each of them embarks on a personal journey with Cicero, where they grapple with the masks they wear, and redefine their relationship with the burdens of their past.

I am so excited for all of you to try out the game and go on this adventure with Cicero and his companions, and see all that the city of Ombre has to offer. A world of secrets and adventure awaits!