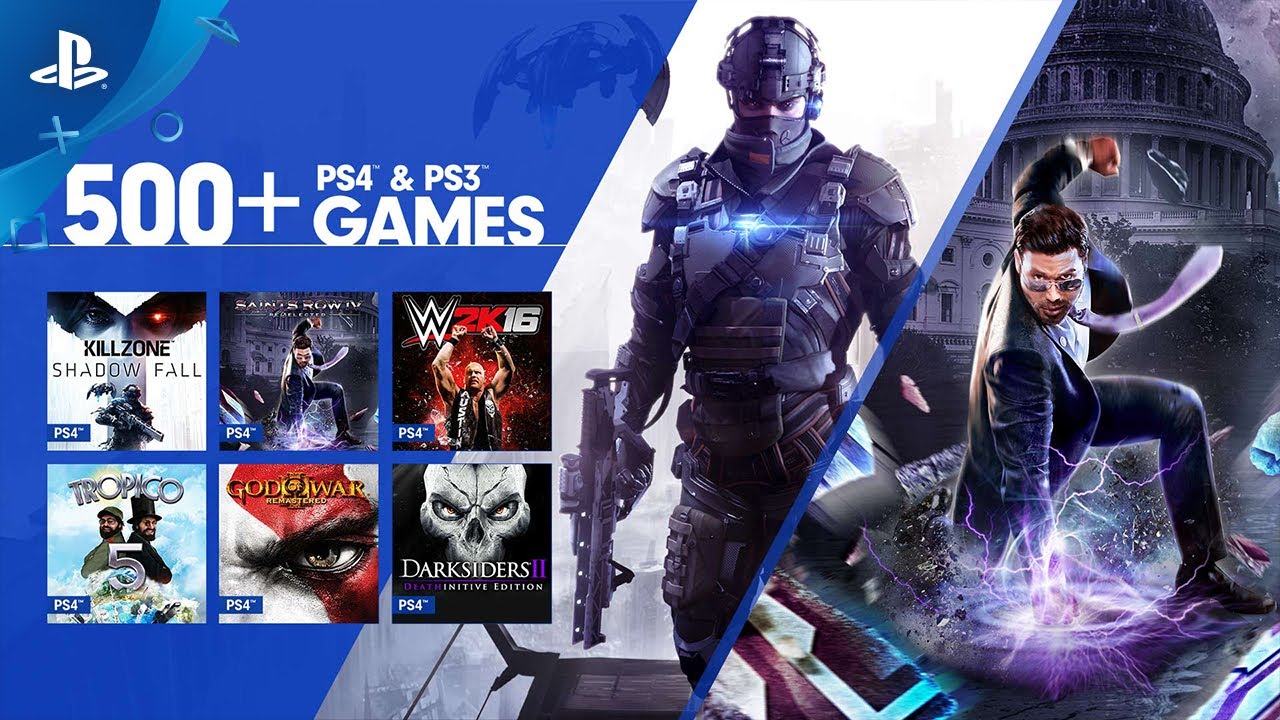 The game-streaming service's library surges past the 500 mark with today's addition of PS4 games to its ever-growing lineup.

I’m excited to announce that as of today, the PlayStation Now library includes PS4 games! This lineup is just the start, as we’ll add more PS4 games in the coming months alongside our regular monthly content drops.

On top of that, PS Now’s library has now ticked to over 500 games. That’s a massive range of games to explore and play, all with one subscription, the push of a button, play on your PS4 or Windows PC. With PlayStation exclusives like Killzone Shadow Fall and The Last of US, hit blockbusters such as Red Dead Redemption and Batman Arkham City, indie games like Journey and Broken Age, and many more, the PS Now library really has something for everyone.

Now is the perfect time to try PS Now, or upgrade your existing subscription. By popular demand we are bringing back our $9.99 intro offer for the first month (new subscribers only), and the 1-year subscription for $99.99. That’s less than $9 a month for a full year of on-demand access to an ever-expanding library of PS4 and PS3 games to stream any time you want. Start streaming today because this offer is only available until September 22, 2017.

Here is the full list of all of the new PS4 games available as of today on PlayStation Now. We’ve got a variety of genres, from FPS, action adventure, RTS, fighting, racing, and more.

Regardless of the platform, PlayStation Now is all about great games. Some of the best games ever released were on PS3, many of which are available on PS Now. Here are the top most popular 20 PS3 games on the service so far this year.

Streaming games via PS Now allows you to access other cool PlayStation features. Unlock both PS3 and PS4 trophies, send and receive multiplayer invites (PlayStation Plus not required for online multiplayer within PS Now), and your gameplay status updates will be seen by your friend list. You can also copy your PS4 save files back and forth between your PS Plus cloud storage (PS Plus subscription required) and the PS Now cloud save storage. That way, you can continue your game where you left off if you end up buying it later, or want to finish playing a game on PS Now with your own save file.

If you haven’t given the service a try yet, now’s the perfect time to give it a spin with the seven-day free trial on PlayStation 4 and Windows PC. Note that in order to take advantage of the $9.99 intro offer, you will need to purchase that directly, as the 7-day trial will transition into the standard monthly subscription.