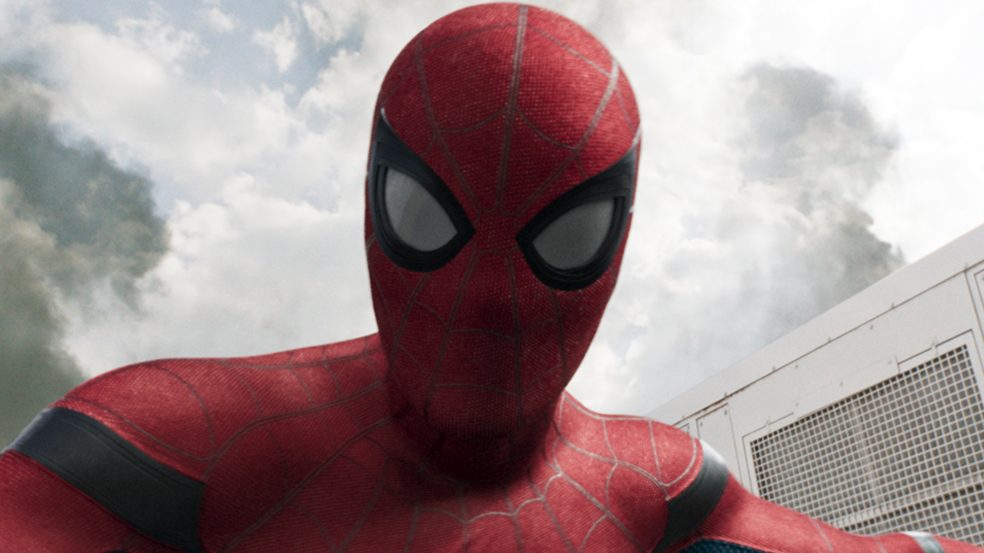 With Spider-Man Homecoming swinging into theaters next month, I got a few minutes to chat with director Jon Watts about his take on Spidey, integrating with the larger Marvel cinematic universe, and what the success of films like Logan and Deadpool mean for comic adaptations.

Also, visit PlayStation Store on your PS4 today to watch four new minutes of Spider-Man Homecoming ahead of the film’s launch on July 7 in North America.

PlayStation.Blog: Do you consider Homecoming to be a Spider-Man origin story?

PSB: Is there relevance to the title “Homecoming” for the story and character?

PSB: How do you see Homecoming differentiating itself from Sam Raimi’s films and the “Amazing” movies?

JW: The biggest thing, really, is that he’s no longer alone in the universe. The fact that he’s a kid superhero in the world of the Avengers and the Guardians of the Galaxy opens up a whole new world of possibilities in terms of stories you can tell. That, coupled with the fact that Tom Holland can play a believable high school sophomore, gives it a completely different feeling than anything we’ve seen before.

PSB: What do you think is the most important thing to get right when portraying Spider-Man? What’s at the core of his character?

JW: It just has to be very clear that Spider-Man is a regular kid. He has to be dealing with the same kinds of problems that a regular kid is dealing with. We also have to know that Peter is smart, and learn about his home life. But ultimately, that’s what makes Spider-Man, Spider-Man: he’s just like you and me.

PSB: Vulture has been rumored to star in several Spider-Man movies over the years, but he never quite made the cut. What circumstances led to him being in Homecoming?

JW: I was attracted to the idea because, for one, he’s one of the very first supervillains in Spider-Man’s world. And two, because it really opens up the possibilities of some very cool action sequences. A guy in a wingsuit fighting Spider-Man? [laughs] That was very attractive to me.

PSB: How will Tony Stark interact with Peter Parker?

JW: Well, it was set up really nicely for me, from Captain America: Civil War. Tony Stark has plucked Spider-Man out of obscurity, taken him on this crazy adventure to Germany taking on Captain America, and now dropped him back in Queens.

What’s fun for me is, now Peter Parker thinks he is basically an honorary Avenger. But…that’s not necessarily the case. So to place him as a kid on the outside looking in, dreaming of being something bigger and finding his place in the universe, is how we’re integrating Spider-Man into this bigger world.

PSB: Will Tony Stark be the mentor, coaching Peter along?

JW: [laughs] I think of Tony Stark as being a reluctant mentor. I don’t know that he necessarily thought this through completely, when he chose this kid to help him out. I don’t know that he realized that this this kid, who is in so many ways much more powerful than him, would suddenly be looking to him for advice. Because Tony Stark isn’t necessarily the best person in the world to be your mentor. [laughs] To me, I think there’s a lot of nuance to that mentor relationship, on both sides.

PSB: Sony’s original Spider-Man (2002) was in many ways the first modern superhero film. What’s changed since then, and how did it affect your vision for Homecoming?

JW: The biggest thing now is that these superheroes exist in a shared world, so you can see them interact with each other. But Raimi’s first film is incredible; when you watch it again now, you realize it’s timeless. They came up with such a fun balance of action, drama, and comedy — it kind of planted the seed that Iron Man then took and ran with. And that began the creation of the Marvel cinematic universe, which Homecoming is now a part of. [Raimi’s original film] still stands up in a lot of ways.

PSB: One of the best movies I’ve seen recently was Logan, which despite being an R-rated comics film, was a huge critical and commercial success…
JW: Yeah. That’s so cool that you can do that now. Make a violent, R-rated Western about Wolverine. And have it be a hit — so exciting.

PSB: Yeah. And Deadpool now, too. Do these more mature films hint at new possibilities for adapting comics and graphic novels?

JW: Yeah. I don’t think people now think of comic-book movies as being a genre. I think audiences have become more comfortable with something that may have originated as a comic-book character — and not having it be a poppy, vibrant story. People who read lots of comics aren’t surprised by this, but not everybody has grown up reading them.

So for the moviegoing public to be much more comfortable with these stories is great, because it opens the doors to a much bigger world of storytelling.

PSB: I tend to think of comics as one of the most authentic storytelling mediums…

JW: Yeah. That was something I could always lean on in creating Spider-Man Homecoming. There are so many years of Spider-Man comics to draw on, so many stories explored in those pages, that for me the possibilities are limitless.

PSB: Preparing for this interview, I had some friends tell me to ask whether “character X or Y” would make a cameo in the film. But let’s save that for the movie. Where’s the sweet spot, in your opinion, between telling a great story, and going into so-called “fan service”?

JW: It has to work if you haven’t seen any of the other movies. It has to stand on its own. All that other stuff has to be bonus. I always think, if my mom watches this movie, and I don’t think she’s seen any Marvel movies, would she understand what’s going on? Would she still be engaged dramatically in the story?

PSB: As for Spidey’s suit itself — how many iterations of the suit did you guys go through before settling on what appeared in Civil War?

JW: I don’t know how many versions they went through — I wasn’t really on board until Tom Holland was hired. But, hundreds and hundreds, I assume. There are so many combinations, different variations of the webbing pattern, the way the suit flexes. There are so many things to take into consideration. Fortunately, Marvel has this amazing visual development department and that’s basically their only job — taking comics characters and bring them to life in a real-world environment.

PSB: Speaking of that, what’s the collaboration with Marvel like? I’m assuming it’s close. Did they provide you with a list of dos and do-nots?

JW: We work really closely. At the beginning, I was really clear about my vision for the movie and making sure nobody would be surprised along the way. I’ve never been in this situation before so I can only speak for myself, but you go into a big job like this assuming that somebody at some point is going to say, “no, you can’t do that.” Amazingly, that never happened. I was able to take these key ideas I had set up early on, and run with them.

PSB: Was there nowhere you maybe had a polite discussion about the best way to proceed…?

JW: It’s always a collaborative process. What’s nice is that you’re working with a group who are basically the biggest fans in the world. [laughs] If anything, it feels like this amazing resource you can drawn on. When you’re brainstorming [different options], and being able to ask them what they think. It’s a great group of people to work with.

PSB: As a filmmaker, any films or film trends out there you’re excited about?

JW: [laughs] Can I tell you, I have no idea what’s going on in the larger world of filmmaking. I haven’t seen anything. I’m looking forward to taking a few weeks off when this film comes out, and catching up on the world.

PSB: You playing any games?

JW: I’m so behind right now. That game Everything. That one’s great. I love it when a game changes your expectations about what a game can be. I love that game.