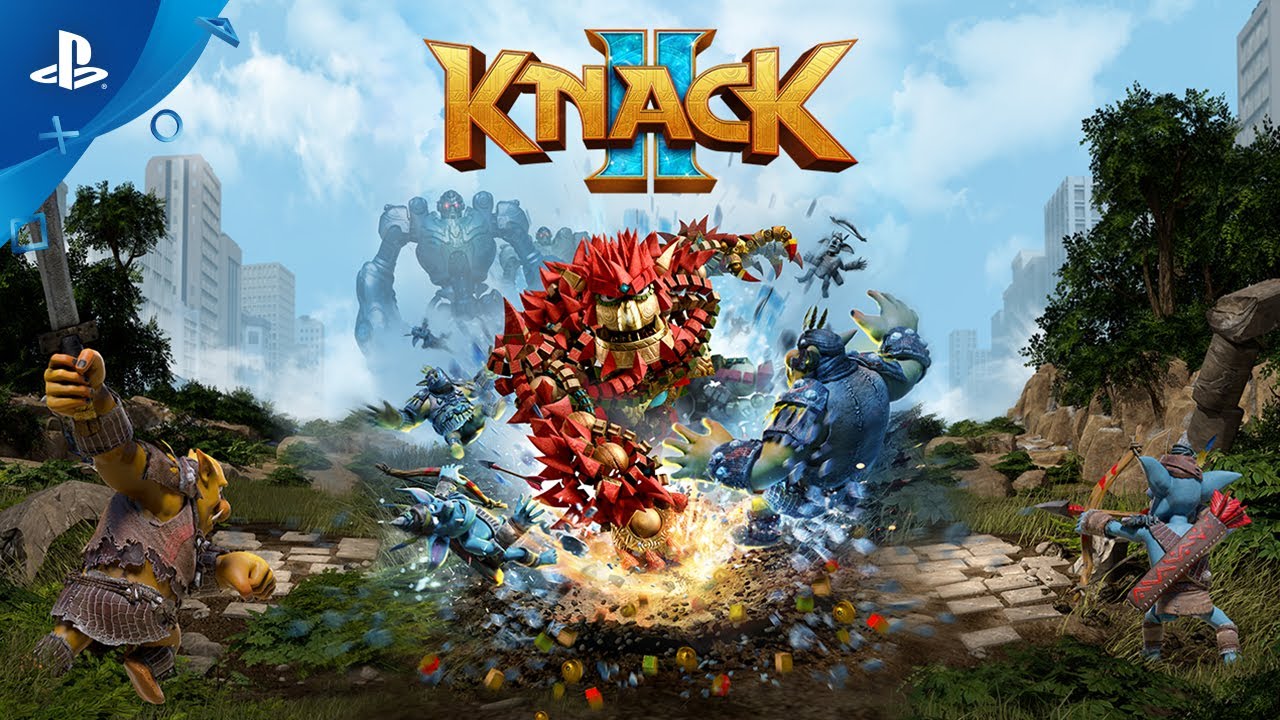 It was great yesterday to announce September 5 as the launch date for Knack 2! We also got to show off a brand new trailer, so please take a look if you haven’t seen it already.

You may have seen from the trailers that Knack 2 is an evolution from the first game. The team has been focusing on variety of gameplay, so in addition to combat, there is quite a bit of platforming, some puzzle gameplay, and a few special modes of play such as driving a tank.

Similar to the first game, Knack grows in size as he picks up parts, he can be anything from human sized to many times larger than that – but now the player has some control over Knack’s size, just tap R1 and he shrinks down to two feet tall! This leads to gameplay with a rather different feel, whether it be squeezing through tight gaps in a platforming section, or scaling a cliff using narrow ledges, or even using Knack’s discarded parts as a counterweight in a puzzle.

As part of the overall evolution, Knack has a greatly expanded move set and as a result, combat has become much deeper. He can transform a number of his parts into a shield, which is helpful when facing a half-dozen opponents at once – and if Knack puts up the shield with the right timing, he can parry arrows and other attacks right back at whoever fired them! Knack can also throw parts like a boomerang and stun enemies… and he can stretch out an arm twenty feet, grab his foes and pull them into range, at which point he can use a variety of kicks and punches, or a body slam to take them out.

Couch co-op gameplay is an integral part of Knack 2 as well. There isn’t the concept of a “one player game” or a “two player game,” if you are playing by yourself and someone picks up a second DualShock 4 controller, they can join right in or leave just as easily. There are also special co-op attacks – for example: unleashing a flurry of punches on the other Knack will spray his parts like a machine gun at the enemies, damaging them.

Gamers will have the chance to go hands-on this entire week at the Electronic Entertainment Expo in Los Angeles, and pre-orders will be live soon at PlayStation Store. If you’re in town for the show, come check it out!