How (and Why) You’ll Fight to Survive in Days Gone 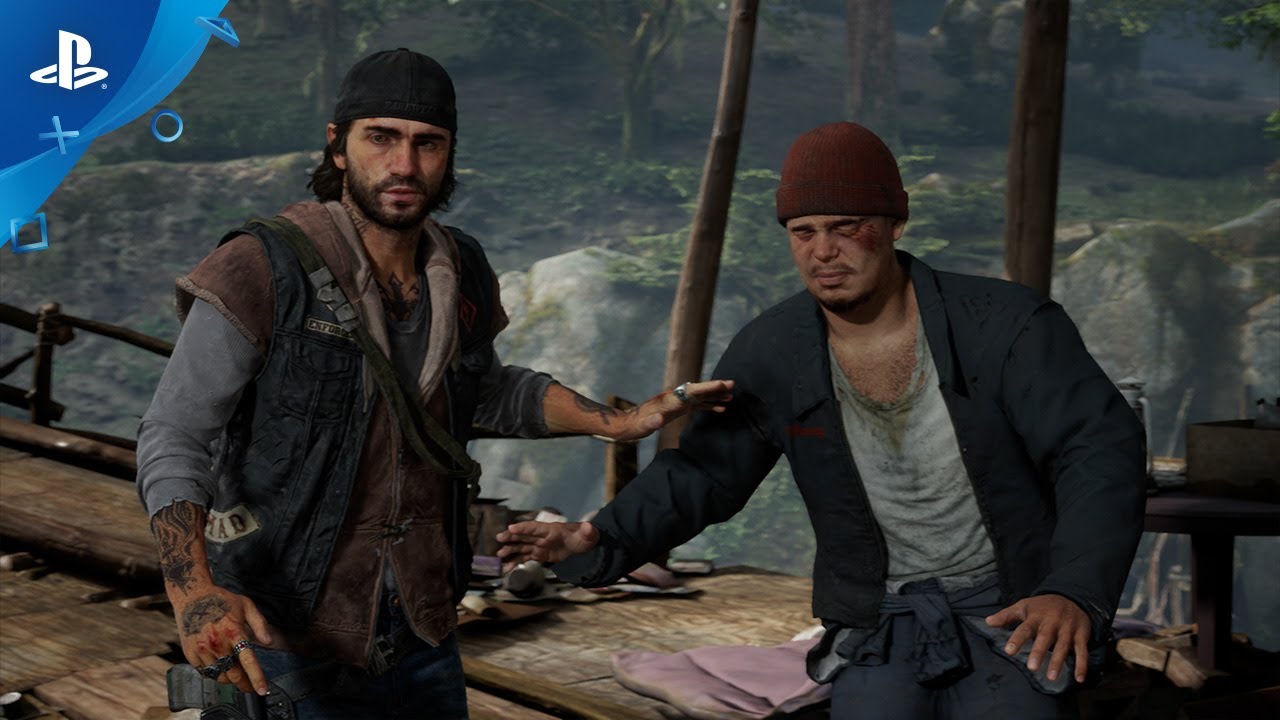 Bend Studio details the different ways how – and why – Deacon fights to survive in their upcoming post-apocalypse action game.

Last year we debuted our brand new original franchise Days Gone by playing a live on-stage demo where Deacon St. John encounters a Horde – resulting in a desperate battle for his life. Since then we’ve continued to work hard on the game and are excited to give everyone an update. As you know, Days Gone is an open-world action game set in the beautiful high desert of the Pacific Northwest two years after a pandemic has transformed the world. At this year’s media showcase we unveiled a new gameplay demo that offers a more intimate glimpse into Deacon’s life as a mercenary in a world where almost everything wants to kill him.

In case you missed the demo, you can watch it at the top of this post.

The demo opens in one of the encampments where “law-abiding” survivors have banded together for safety. We get a sense of Deacon’s mercenary outlook on life when he responds to an attack on a camp supply run by telling their leader, “It’s not my problem.” Harsh. But that’s not the whole story. When Deacon learns that a friend has been taken, he doesn’t hesitate and rides out. Deacon’s loyalty to those he cares about – his willingness to risk his own life for a friend – illustrates one of the central themes in Days Gone: If surviving isn’t living, what does it mean to truly “live”? What’s worth fighting for? Why do we keep fighting when the world looks so bleak? If hope never dies, what gives us hope? Over the course of the game we explore questions like these, even if we don’t always have the answers.

Deacon’s decision to find and save his friend begins a harrowing journey that demonstrates the core of the Days Gone experience: if something moves, it probably wants to kill you. And the Horde is just one of your problems. Last year we introduced three types of Freakers: Swarmers were adults when infected and are dangerous whether alone or moving in packs; Newts were children when infected and tend to use hit-and-run tactics from above; Hordes are large groups of Swarmers – and by large we mean hundreds – that move and react as if a single entity. This year we’re introducing three new types: Runners are infected wolves that can outrun and attack a Bike, sending the rider sprawling; Ragers – infected bears – are powerful and almost impossible to kill; and Swarms, smaller than Hordes but more common and almost as deadly.

But the biggest threat in Days Gone isn’t Freakers – it’s other people. Bad people. Marauders, Squatters, Drifters, Raiders – call them what you will, if you step outside the relative safety of the encampments, they will try to kill you. This is one of the things that makes Days Gone unique: you don’t have to seek out danger. Wherever you’re going, whatever you’re doing – the world comes for you. In the media showcase demo Deacon is attacked by a Runner and deals with it, but while he’s distracted — WHAM. He rides into a rope strung across the road, throwing him from his bike. In Days Gone, ambushes are almost never scripted events but are part of a dynamic open-world system – Marauders can attempt to ambush you almost anytime and anyplace. Taking out their camps can make the broken road safer, but that isn’t always easy. Thankfully, Deacon has access to an arsenal of skills, weapons, crafted items, traps and most importantly, the various dynamic systems we have in place.

The bad news with Freakers is that Runners, Ragers, Swarms and Hordes want to kill you and eat you. The good news: they also want to kill and eat Marauders. Last year you saw Deacon running for his life from a Horde; this year, you see him using a Swarm as a weapon against a Marauder camp. The possibilities are almost endless and are an important part of our strategic sandbox combat.

If you’re at E3, stop by the PlayStation booth to get a look at an alternate version of our gameplay demo. We changed up the time of day, the weather, and the dynamic events, and Deacon uses a completely different strategy to take on the Marauder camp, this time going in with guns blazing. For those of you who can’t make it to E3, don’t worry: in the next few weeks we’ll be uploading that gameplay video as well. Be sure to compare the two demos to see how different the experience can be — based on choices you make and the dynamic, open-world threats you might encounter in Days Gone. When the world comes for you — will you be ready to fight back?