The Long Path to Final Fantasy XII The Zodiac Age 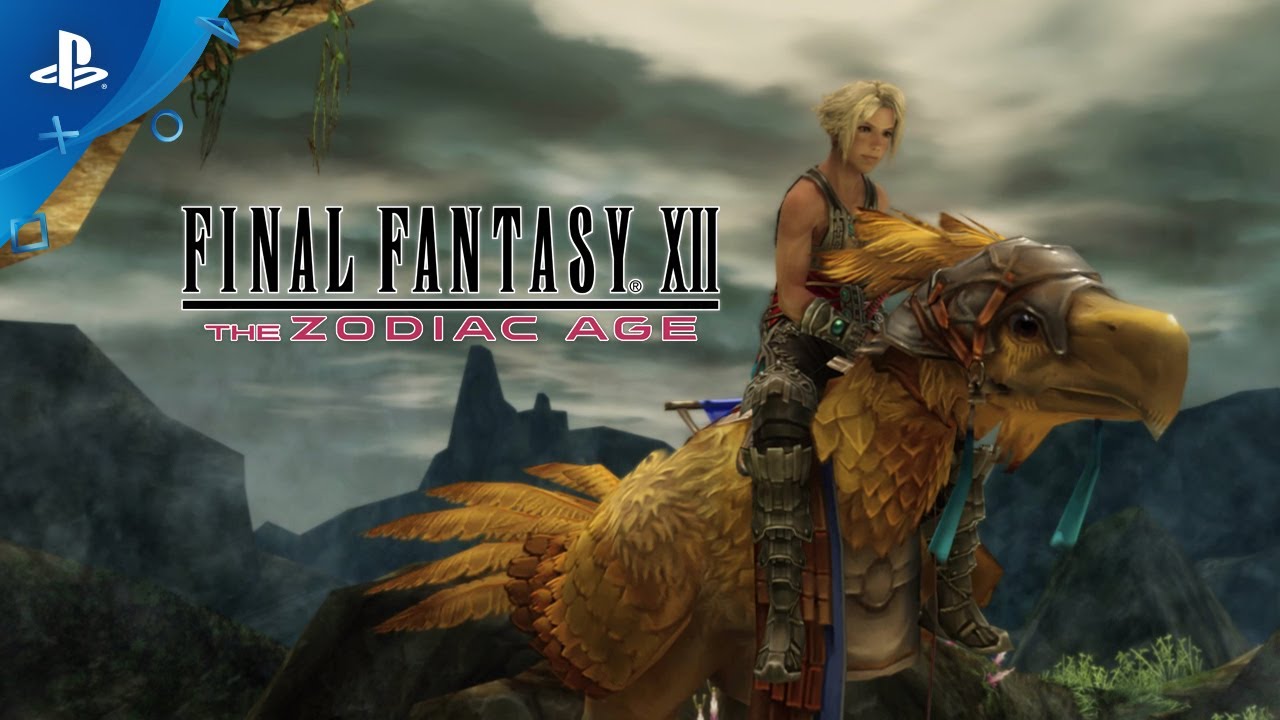 This is the story of a world called Ivalice.

The origin of Final Fantasy XII The Zodiac Age begins with the original Final Fantasy XII which was released on PS2 in 2006. This game had the honor of receiving many awards with its unique game system that granted players great freedom and strategic ability, and by its graphical expressiveness that utilized the hardware’s capability to the fullest, in the world called Ivalice that inherited the genes of Final Fantasy Tactics.

The core members from the original development team got together this time to develop Final Fantasy XII The Zodiac Age, but the first thing that we thought was “to not only improve visual and sound expression, but also to reconstruct the game design itself so that the players can experience a new Final Fantasy XII as a modern game.”

In this blog I’ll focus on three points:

Ivalice… Where the Story Takes Place
“A story of a time when magick commonly existed, and when soaring airships filled the skies.”

Ivalice, where this story takes place, is a land of swords and magick that sprawls beneath skies where large airships fly. While large cities with skyscrapers flourish, these are still turbulent times and many countries have perished in war. This is a world where hope and ambition of swirls between those that fight for freedom and those that fight for duty.

In this world of Ivalice where many races — such as Humes, Bangaa, and Viera — live, there are times when the differences between those races stirs war. There are also times when those who have the same thought work together hand in hand, crossing any national boundaries. These ways of life weave the grand history of Ivalice.

Vaan, a boy whose family was taken by the devastation of war, and Ashe, a princess whose homeland was destroyed. The wishes and hopes of these two will change the fate of many people, and even entire countries.

The key art drawn by Akihiko Yoshida is a group illustration with the main characters of the story. The story revolves around the battles between the Resistance (the side that the player is on) and the Imperial Army during the time of war, and the layout of this artwork expresses the relationship between those characters.

I believe that thinking about the meaning behind these pieces of art while playing the game will add to your enjoyment of the world and story of Ivalice.

We actually have another piece of newly drawn key art for this title that we have yet to reveal, so please look forward to it!

New and Recreated Visuals and Sound

Improved Visual Expressiveness
When creating the HD version of the visuals, we were careful to preserve the unique graphical texture of Akihiko Yoshida’s character illustrations while enhancing the expressiveness with modern technology.

And so, not only did we increase the resolution of the character models, but we have also strived to improve the textures such as the skin, hair, cloth, leather, metal, and any other material.

We have also improved the expressiveness of light and shadow by implementing modern lighting technology. The world inside the game can now be enjoyed with a greater sense of atmosphere and depth as we have enhanced the natural blur (depth of field) and soft lighting (ambient occlusion).

Oh yes, the resolution increases even more if you play this title on a 4K compatible TV with a PS4 Pro, so please try it out if you have the environment to do so.

Improved Sound Expressiveness
We have re-recorded all tracks (Approximately 100!) with live performances, at the hands of Hitoshi Sakimoto who was also the composer on the original FFXII.

When we first started developing FFXII TZA, we thought that having two types of tracks — the PS2 internal sound source version and the Original Soundtrack version released as a CD — was enough. However, when I mentioned to Hitoshi Sakimoto about that, he said “re-recording with live performances would be more effective as a modern game,” and I was tricked into doing so by that too-good-to-be-true offer.

As a result, it was definitely the right decision to re-record the tracks! I’m confident that the sustaining sounds and lingering emotion unique to live performance has further enhanced the sense of presence and immersion in FFXII TZA.

We have even asked Hitoshi Sakimoto to compose new tracks (Eight!) for boss battles and maps, so I would love for his fans to look forward to that as well.

We of course have included the original tracks from FFXII as well. You will be able to switch between the two versions anytime from the configuration menu.

We have also devised the following improvement to sound expressiveness aside from the tracks:

Reconstruction of the Game Design, and a New Future

The FFXII International Zodiac Job System — the base for this game — was reconstructed from the original FFXII by Hiroyuki Ito, who has been in charge of the battle design in the numbered FF titles. And so, in FFXII IZJS (and subsequently in FFXII TZA), the battle design is different from FFXII with a different strategy and has incorporated a new character growth system, in which you can enjoy an even more refined adventure.

I had always thought “I want Western players to enjoy playing FFXII IZJS, one that has a different play experience from the original FFXII one day!” I’m now able to fulfill that dream with the release of FFXII The Zodiac Age. I realize that this was only made possible because of all of the fans that have loved the game called Final Fantasy XII. Thank you very much!

And this game isn’t just a simple port of the FFXII IZJS, but we have also applied many improvements to it that will enhance the joy of character growth, battle, and exploration, the highlights of an RPG.

Armor and weapons that can be equipped, and abilities such as magick and skills that can be used will be different per job, so you can enjoy the performances and strategies that differ per the combination of jobs that the player decides to use, such as compensating for the weakness of certain jobs, or specializing in magick attacks.

Similarly, the strategy of the gambit system will deepen by combining two jobs.

New Trial Mode
The Trial mode is where players uses the characters they have raised to battle through a total of 100 stages. The strength and the group combination of the enemies differ from the main game, and at times you may see an unexpected character make an appearance, too.

The remaining HP, MP, and status effects are carried over to the next stage; while you can power through the first part, you will notice as you progress that it’s not as straightforward even at maximum level, and you won’t be able to continue winning by just using the same gambit patterns.

You’ll need to think about strategy with each stage, while managing your remaining HP and number of items, which will make for a very thrilling battle.

This mode allows the player to thoroughly enjoy the intrigue of planning your strategy and the exhilaration of when that strategy is executed successfully as planned — which is what makes the gambit battle so appealing. I would totally recommend you take on the challenge!

Approaching the End
The content introduced here is just a little part of what you can experience.

Final Fantasy XII has various adventures packed into the game, aside from the main scenario. Going on Mob Hunts to defeat “marks” (with a bounty on their heads) that threaten the daily lives of the people, battling legendary Espers, exploring dungeons like the Necrohol of Nabudis, and so on. The more you play, I’m sure you’ll be able to make new discoveries in the field, and the enjoyment of raising your party members and expanding the breadth of your battle strategies.

I hope you spin your own tale of adventure by utilizing the new Zodiac Job System, improved and bolstered functions, and many other useful features.