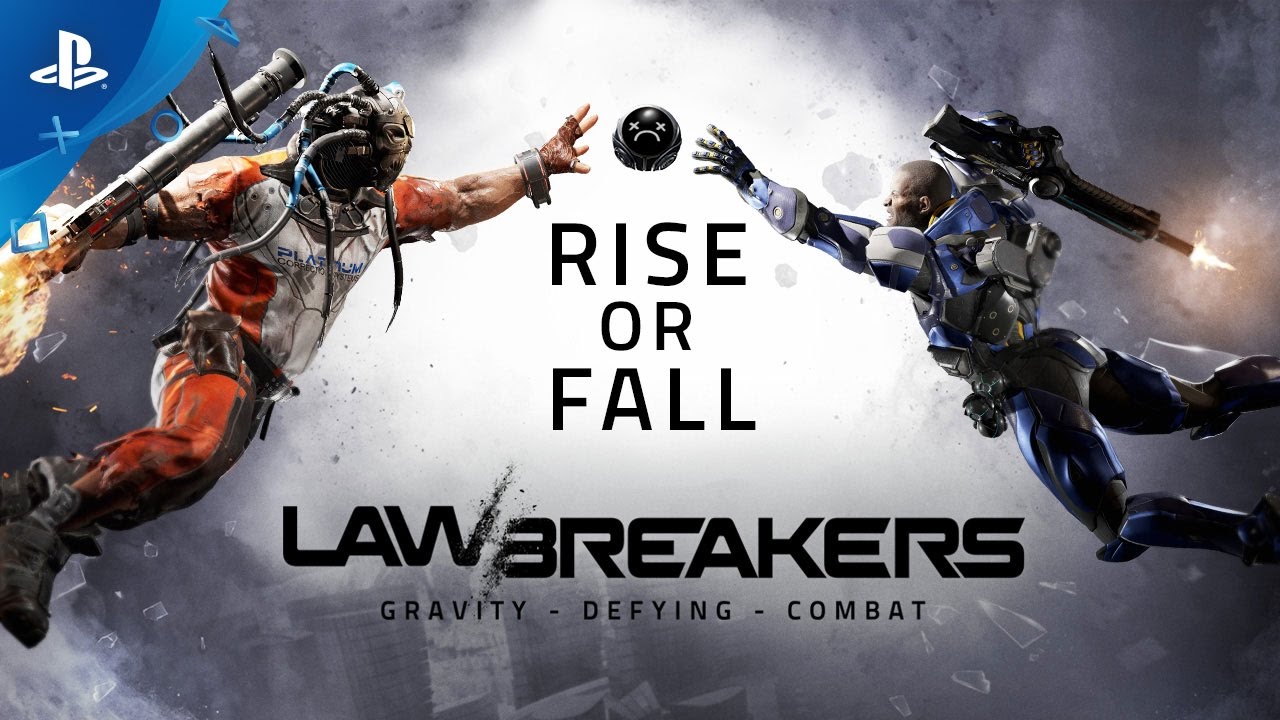 Alright, let’s be honest. 10 years ago, who the hell thought I’d be here? Well, here I am writing a guest column on the PlayStation Blog.

So yep – I’m back on console, and it’s pretty awesome TBH. PS4 is a new audience for my studio and me (although many people who work with me have shipped PlayStation exclusive titles before). Fun fact: my COO and colleague Arjan Brussee helped found Guerrilla Games. We also made the original Jazz Jackrabbit together, like a bazillion years ago. Small industry. Don’t be a jerk.

We worked out this little writing arrangement with Sony so I could do a proper introduction to all of you and share information about LawBreakers. I feel like it’s something I should do.

I don’t want this to be some lame marketing garble. I’m going to be honest about where I’ve been, what we’ve been doing and where we all are going.

So where have I been?

During my “retirement”, honestly, I was bored as hell. My waifu and I were ready to strangle each other. I was getting fat. Ultimately, I couldn’t ignore the creative need to make something new. During this time, I was inspired by a childhood dream about gravity being disrupted in a BIG way. I also took a Zero G flight once. That was pretty crazy. So, LawBreakers is the culmination of my dreams as a kid, my career in this industry and my lifelong passion for games. So there we have the inception (HORN SOUND) of LawBreakers. A new futuristic world where the Moon mysteriously exploded, an event known as The Shattering, that devastated Earth. Afterward society recovered, using new gravity anomalies to rebuild and advance.

The setting is the perfect backdrop for a super fast, omni-directional team-based FPS where we challenge players to get the hell off the ground. The floor is lava, bruh. It’s the skill-based competitive shooter made by shooter fans for shooter players that my team and I have always wanted to play. It honors the old and embraces the new. Old being the feeling of soaring through the air at mach-speed and rocket-jumping and such. The new as offering a variety of characters each with different movement abilities, multiple weapons, combos and more.

Our “healer” in LawBreakers can be an offensive powerhouse. In the hands of a skilled player, this role can simultaneously heal two teammates at once, all while lobbing grenades from high above like some flying human artillery cannon. Stuff like that is what LawBreakers is all about. Also we’ve added a few new things too, like being able to blind-fire behind you with any ranged weapon. Yep.

So, about where we’ve been: We’ve actually been working on LawBreakers since 2014 after founding my new development studio, Boss Key Productions, with Arjan, and let me tell you, creating a studio and a game from scratch is tough AF. Back then it was PC only and free-to-play. Yes, I can officially say we “course-corrected” (to use awful corporate speak) to pivot away from things like F2P. Why? Because we’ve been listening to community along the way and are trying to do what’s best for players, and in turn, best for the game. Funny how those two things work together, right? Our publisher Nexon has supported us along the way, working with us to do what’s right for gamers, and we respect that. Besides, they got tired of making kart-racing games.

After a few twists and turns last year after our initial Alpha, the game really got in front of a lot of players. There was no NDA so people could post footage, and we found that there was a lot of interest from console players for this very fast, competitive multiplayer game. To be honest my Twitter feed was one part “Bring LawBreakers to console!” or “Fix Gears!” (hah) So, we made something spectacularly vertical. Something heavily skill-based and super competitive, with our twist on game modes that haven’t been done before. We were making the game we wanted to play, and it seemed to resonate. When deciding which platform to bring the game to these players, it was a hard choice. I’ll leave it at that. The choice, obviously, was PS4.

Ok – here’s where we all are going. LawBreakers is coming out this year on PS4 as a digital-only title. Discs are like voicemail, so ten years ago. It’s important to know that something that’s important for the studio and me is to create a game with no season passes and no “pay-to-win” mechanics at a price that is what we feel is fair to players. It will be $29.99. We don’t want to fragment our playbase with silo’d season pass BS, nor do we want to pollute matchmaking with “pay-to-win” incentives. We want to create a game ecosystem that’s all about highly skilled players competing on even playing fields, and a landscape for average players to aspire to become better. More details on launch date soon. Right, PR?

So, in conclusion, I’m excited to ship this bad boy and get it into your grubby hands later this year. Remember to look up!