Star Wars Battlefront II: The Story of an Imperial Soldier 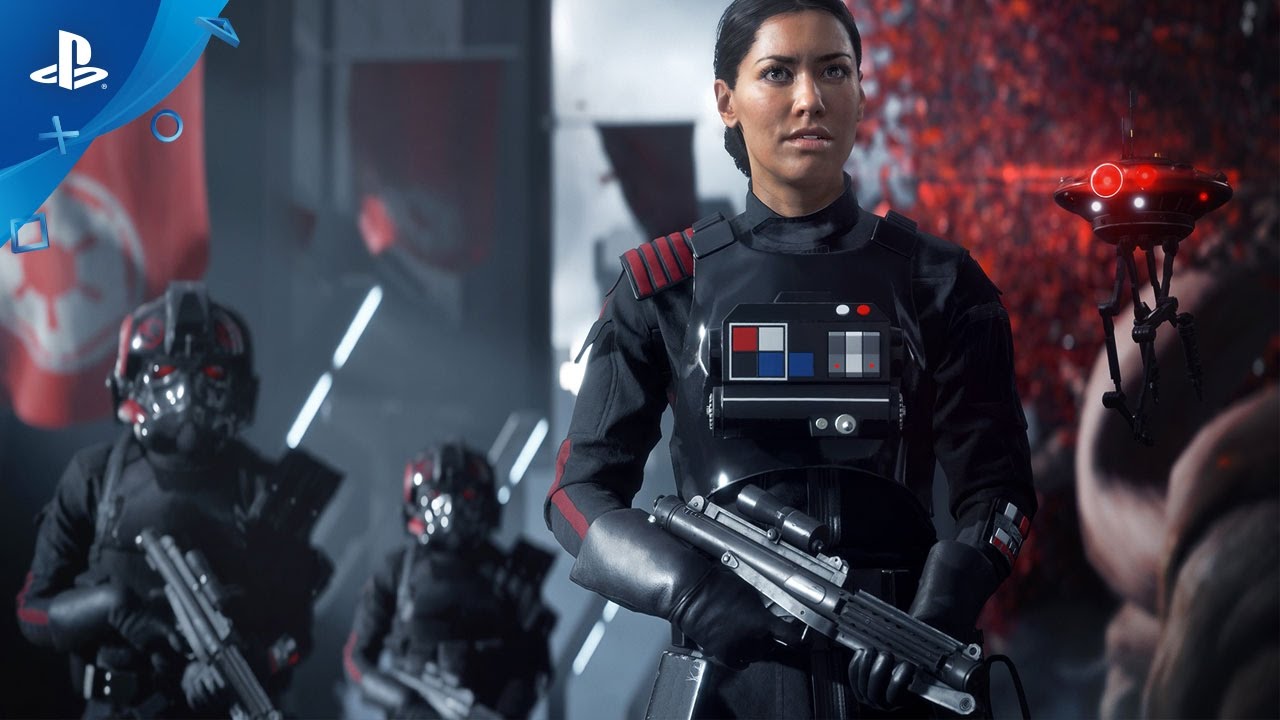 The team at EA Motive taps into Star Wars lore to bridge the gap between Episode VI and VII through the lens of Commander Iden Versio.

Hard to believe that it’s already been more than a month (A whole month!) since EA announced Star Wars Battlefront II at Star Wars Celebration in Orlando, Florida.

Though details are still scarce, it’s clear that Battlefront II is shaping up to be an ambitious game that looks to expand upon its predecessor’s popular competitive multiplayer in a host of ways: deeper customization, more playable heroes, and a story-driven, single-player mode.

So we jumped at the chance to spend a few minutes with some of the game’s lead designers, including Mark Thompson, director at EA Motive, and Matt Webster, executive producer at EA Criterion Games.

I also enjoyed chatting with Steve Blank, a creative executive in LucasFilm’s story group, about how the project came to life and how it fits into the larger Star Wars mythos.

Star Wars Battlefront II will chronicle the mysterious 30-year gap between Star Wars Episode VI: Return of the Jedi and Episode VII: The Force Awakens. How did that come about?

Steve Blank: We’re constantly talking with EA about the future of Star Wars in gaming, what that looks like and wanting to tell stories in that space… Motive pitched us a story that would span that time, from Return of the Jedi through to the events of The Force Awakens. Their writers, Walt Williams and Mitch Dyer, are really big Star Wars fans. They had done their homework.

In the leadup to The Force Awakens, we had started to develop a series of new stories that were starting to fill in some of that gap in time. These guys had read all of that material: Claudia Grave’s Lost Stars, Chuck Lendig’s Aftermath, Greg Rucka’s Shattered Empire, all these different pieces.

So when they came with their pitch, they had already integrated all those ideas we had started to put out into the world. So when they shared all of this with us, we were immediately on board. It was a fascinating prospect to do this in a game space, to tell these stories more visually. You get great visuals in a comic, but with the novels you don’t get a great visual element. It felt like a space rich to explore in a game.

Another great thing they included was to do it from an Imperial point of view. It hadn’t really been done before, at least not at that fidelity. So they sold us from day one on that idea, and we put our nose to the grindstone — working on all the details of what that would become.

Enjoy this inside look. We’ll be back soon with another peek behind the Battlefront II curtain.