Build a New Home for Humanity in Surviving Mars, Coming to PS4 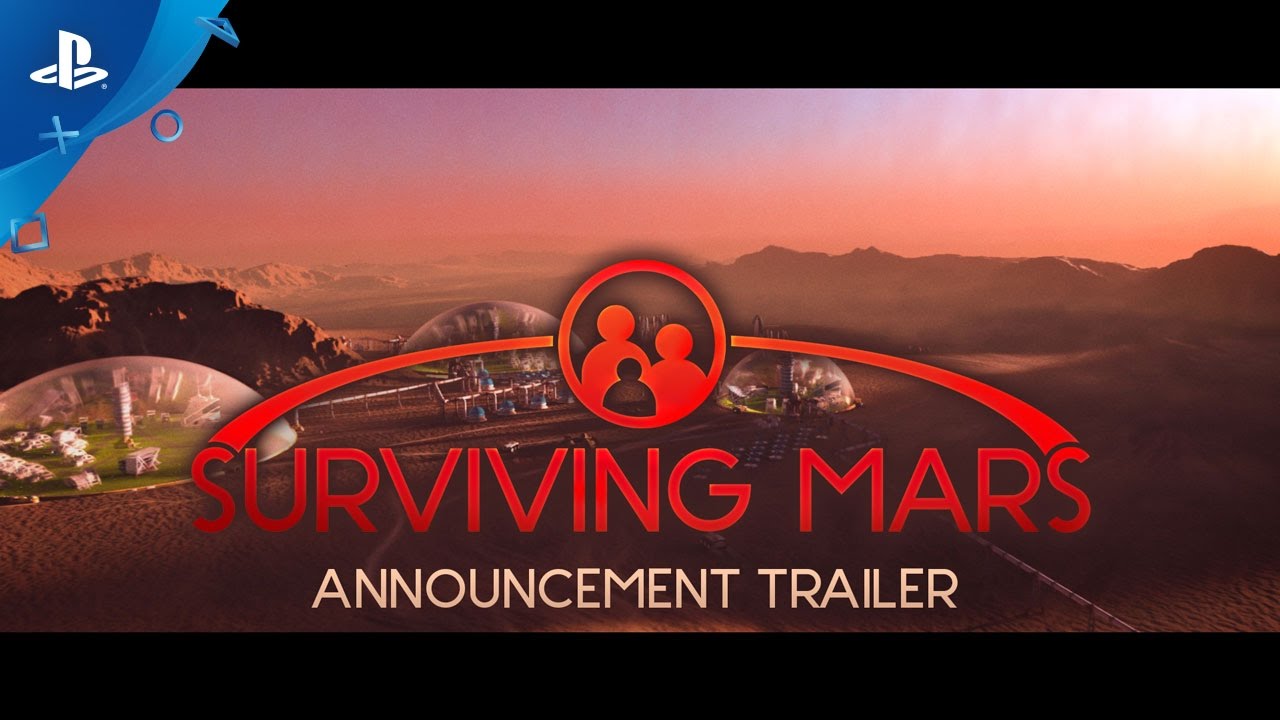 This hardcore city builder is a tough, tactical challenge inspired by science-fiction classics.

Hi PlayStation players here on Earth (and elsewhere). I’m Jakob Munthe, product manager at Paradox Interactive, and today I finally get to reveal Surviving Mars to you — a survival city-builder set on our closest galactic neighbor. It’s created by Haemimont Games and Paradox. We’ve been working on this project for a while now, and I’m eager to give you a first look at what we’ve done so far.

First and foremost, we wanted our game to answer a key question: what will be required for humanity to establish a colony on Mars, and make it livable and sustainable? How can we set up the standards of civilization that we’re accustomed to, when we’re millions of miles from home with no way to get outside help? We want Surviving Mars to tell a plausible story about the process, told through the lens of science, along with (of course) challenges and objectives that players will want to overcome for their own unique colonies.

Making a game that tackles those tasks requires us to present the situation in a visually compelling but scientifically feasible manner. In creating the game’s setting, we borrow as much from the works of NASA and SpaceX as we do from writers like Asimov and Clarke. Our game is a serious take on sci-fi — but one with an optimistic tone that updates the aesthetics of the original space race to the technology and societal outlook of today.

As for the gameplay, it’s still a little early in development to share all of the nuts-and-bolts of game mechanics with everyone. What we will say is that Surviving Mars is a hardcore survival city-builder, where players will be tasked with creating a livable colony in the harsh, hostile environs of Mars, floating far removed from any help. Players’ colonies will have to produce water, air, and food on a planet that doesn’t have much of any to spare, while creating habitats with enough activities for colonists to do that they don’t go mad from boredom or isolation.

Yet, where there are challenges and threats, there are also solutions and hope. The members of your Mars colony are humanity’s best: scientists that will create new knowledge and techniques for your new lives, and intrepid explorers that will find and solve greater mysteries than any on Earth.

In the end, all of us working on this project are genuinely excited with what is becoming something quite special. We know you will be excited as well and we’ll have a lot more to share as we move closer to launch.

See you on Mars!