The Story Behind the PS VR Aim Controller 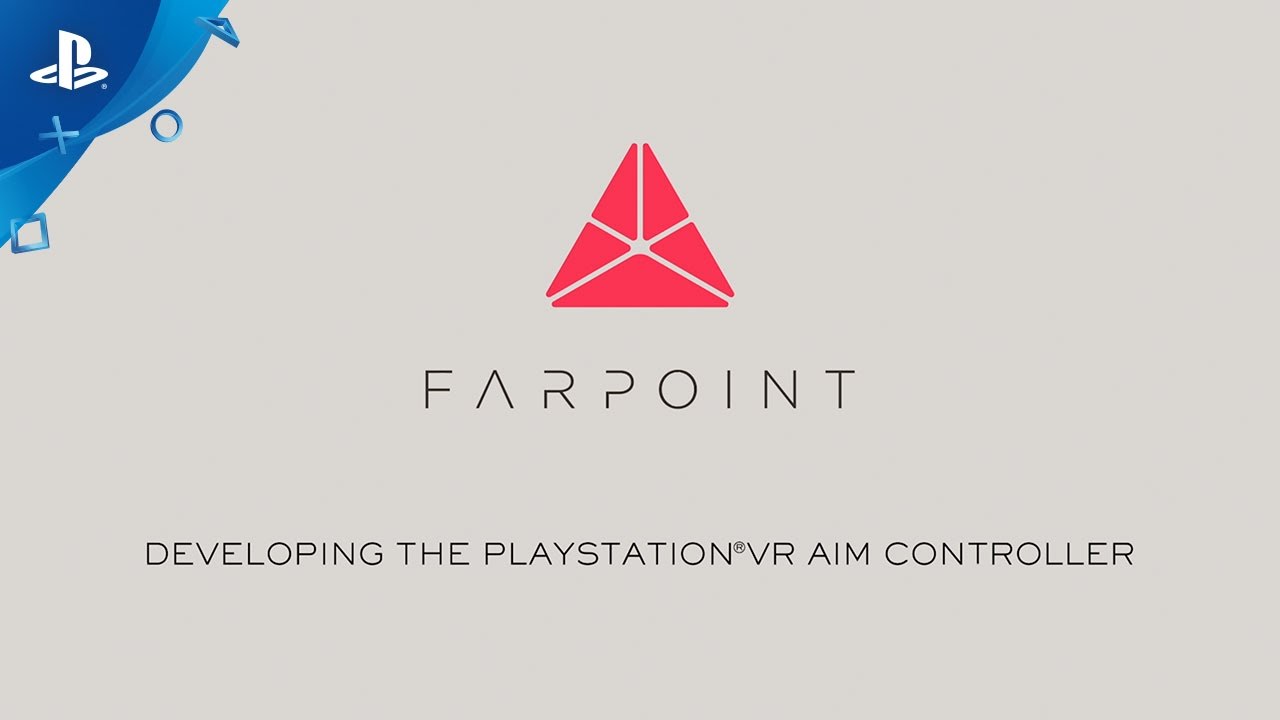 How the latest PlayStation peripheral enhances FPS in virtual reality.

May 16 marks the launch of our big-budget PlayStation VR shooter Farpoint, and from what I’ve played it’s set to be one of the medium’s defining games.

But the date will also see the release of the PlayStation VR Aim Controller, a sleek device that seeks to become the standard-bearer for VR first-person controllers. It’ll be available in launch bundles for Farpoint, and separately in limited supply.

I wanted to carve out some space to further investigate how this fascinating controller came to be, and also get a look ahead at future games that will support it.

To kick things off, our hardware design team in Tokyo shares some insight on what it was like to actually design the controller.

Evolution of the Controller
Takeshi Igarashi: We first began working on the Aim Controller when we got the idea that using a weapon-type controller to play a PS VR shooting game will make it a much more immersive experience. Initially, we attached a DualShock 4 to the PS3 Sharpshooter to explore what sort of form factor, weight balance, and button arrangements work best to make it more intuitive.

Taichi Nokuo: I tried to make the design of the Aim Controller as simple as possible. It was important that the player can use it safely and comfortably with the PS VR headset on, and that the controller can be used as any type or form of weapon inside the game.

I made the intentional decision for the controller to not resemble an actual weapon, so that anybody, from children to adults, feel comfortable playing with it.

Button Placement
Igarashi: We prioritized the position of the trigger button and analog sticks, which are imperative in a shooting game. We placed the face buttons around the analog sticks, so that players can move their thumbs around intuitively without having to ungrasp.

Shape and Form
Nokuo: The smooth pipe form factor allows the player to play safely and precisely even with the PS VR headset on, which blocks the view of the outside world. I think this is ideal for a controller.

The buttons are not scattered around the controller, but are simply and strategically placed where players naturally place their hands. The design is minimalistic but also original, which makes it unique.

Nokuo: I hope players are able to experience a whole new level of immersion that they may not expect from a controller with such a simple and minimalistic design.

Igarashi: Please enjoy an intuitive gaming experience that is achieved through camera tracking and the controller’s button layout, delivering smooth and natural controls.

Farpoint is one of several upcoming PS VR games that will support the Aim Controller. Some of our developers below describe how it is integrated into their game, and how it helps enhance immersion:

From the very beginning of development on Farpoint, we wanted to have a way to physically connect the player to the game and bring them that much deeper into the world we were creating. That would turn out to be the PS VR Aim Controller. With it, we’ve been able to make shooting and aiming more natural and intuitive — once you have the controller in your hands you know instinctively where the buttons and triggers are. The 1:1 tracking also makes for a more skill-based game because the precision removes any need for aim assist.

ROM: Extraction was originally developed with a unique game mechanic of Throw, Slow, and Shoot. By having a motion controller in each hand you could spawn and throw Orbs with one hand, slow down time, and then strategically shoot them with the Sentinel pistol using your other hand for maximum effect. It was a mechanic that could be easily learned, and was a helluva lot of fun.

When the opportunity came to bringing ROM onto the PlayStation VR platform we wanted to preserve the fun in that mechanic but add a new twist by using the new Aim Controller. We felt that if we did it right we would be able to open up a whole new and equally exciting way to experience ROM.

After some iterations with the PlayStation Aim we always came back to an Orb Launcher attachment of some type. In the end we attached a grenade launcher to our EOS-15 Rifle model as well as matched it to how the Aim controller felt in both of your hands; in effect we achieved a 1:1 representation of what you are holding. It was an instant hit. We modified our motto to Launch, Slow, and Shoot.

With the PlayStation Aim, we are able to achieve a deeper sense of physicality than with standard motion controllers.

For the rifle-style weapons we wanted to bring to ROM, holding the Aim two-handed gives additional precision and stability to the in-game weapons, in addition to adding a stronger sense of connection between the real world and the virtual.

The controls themselves are comfortable and intuitive. As we look towards expanding ROM, the Aim offers us a number of features that line up nicely with various mechanics that we are considering for the future.

It was always our dream as little kids to be able to take the arcade shoot ’em up into our living room. We could have never imagined that more than two decades later, not only would we be able to play these types of games at home, but we’d be playing in a completely immersive VR environment.

When we set out to make The Brookhaven Experiment, our goal was to recreate that kind of visceral feeling from the arcades. But we wanted to ratchet up the stakes with 50 foot tall monsters and creatures coming at you from all angles with all the different weapons you could hope for, just waiting to be chosen. Something was missing, though… we didn’t just want to see the rifle anymore, we wanted to feel it, too.

That experience from the arcades was tied to that experience of holding something real in your hands. So, consider ourselves lucky when Sony announced that they were releasing the Aim Controller for PS VR. Without a moment passing by, we wanted to be the first game to support it. And, as we worked to integrate it, that feeling came back. Not only was our vision immersed… the feeling of holding the weapon in our hands changed how the game affects us mentally, too.

It’s an exciting time to be a developer and PlayStation has created a playground for us to create the kind of memorable experiences that we hope will inspire future game devs more than two decades from now. That’s what we strive towards and we’re so excited to see people immerse themselves one step further on Wednesday, June 26 when The Brookhaven Experiment adds Sony Aim Controller support.