Build a Deck of Runes and Wage War in Pox Nora, Coming to PS4 May 23 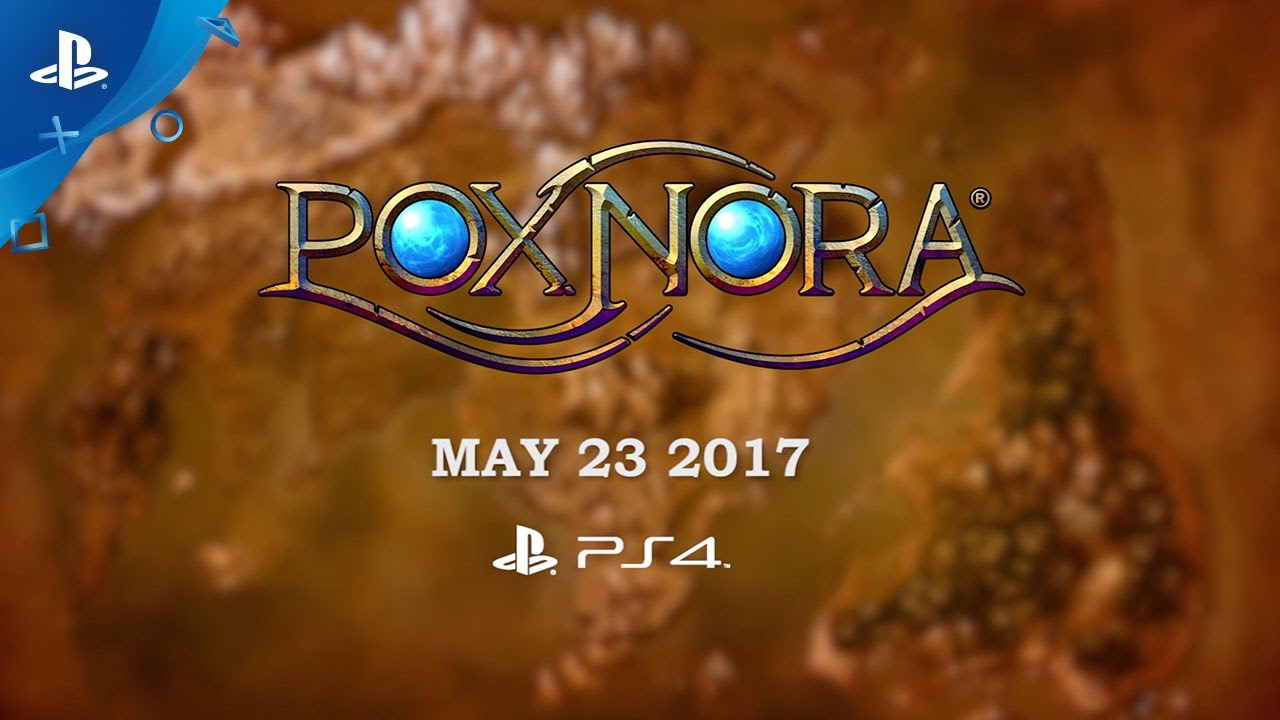 Pox Nora, the strategy game with collectible card and fantasy RPG elements, will arrive May 23 on PS4. To celebrate the console debut, Desert Owl Games will simultaneously deliver exclusive content to the PlayStation community and support cross-platform play between PC, Mac, and PS4.

In Pox Nora, players command Champions who battle across a battlefield where tactical thinking and strategic movements are necessary. The goal is to destroy your opponent’s shrine while capturing Nora fonts, which provide more resources and act as new spawn points for your Champions. But there’s a twist: each Champion is one of more than 2,700 you can collect and choose from when building your deck before each match.

PC players wanting to make the switch to PS4 can easily copy their data. Whether your friends are playing on PS4, PC, or Mac, cross play is supported.

Players can take their deck of Runes (cards) and go on an adventure against other players or AI in the many single-player campaigns, skirmishes, and multiplayer matches.

What’s the goal of Pox Nora?
In Pox Nora, your goal is to defeat the opponent’s shrine before they can destroy yours. Each turn you will earn “Nora,” the resource with which you will use to deploy runes and help you achieve your goal.

What are runes, exactly?
Runes are the “cards” of your deck. Runes come in 8 different factions and each deck consists of exactly 30 runes (either 30 from one faction or 15 from two factions). Runes come in four different types, each with their own uses and characteristics.

What are factions?
Factions are the major parties of the Pox Nora world. Each faction has its own strengths and weaknesses. Factions have traditional fantasy races, as well as some that are unique to Pox Nora. It is recommended you try a few factions before you decide to settle on a favorite, and most veterans play multiple factions!

That’s great! But how do I get runes?
When you first launch the game, you will be provided with a free deck. Be sure to complete the Faction Training Missions to earn 8 additional decks.

As you play Pox Nora you will earn runes, as well as Gold and Shards. Gold is used to redeem for packs, avatars, and other goodies. Shards can be used to create runes directly. You can sacrifice most excess runes earned for additional Shards to create your own runes.

Those are the basics! Pox Nora is a game with dynamic depth and tons to explore. If you get stuck or have questions, don’t hesitate to reach out to the community through our official forums.

See all of you on the battlefield May 23!