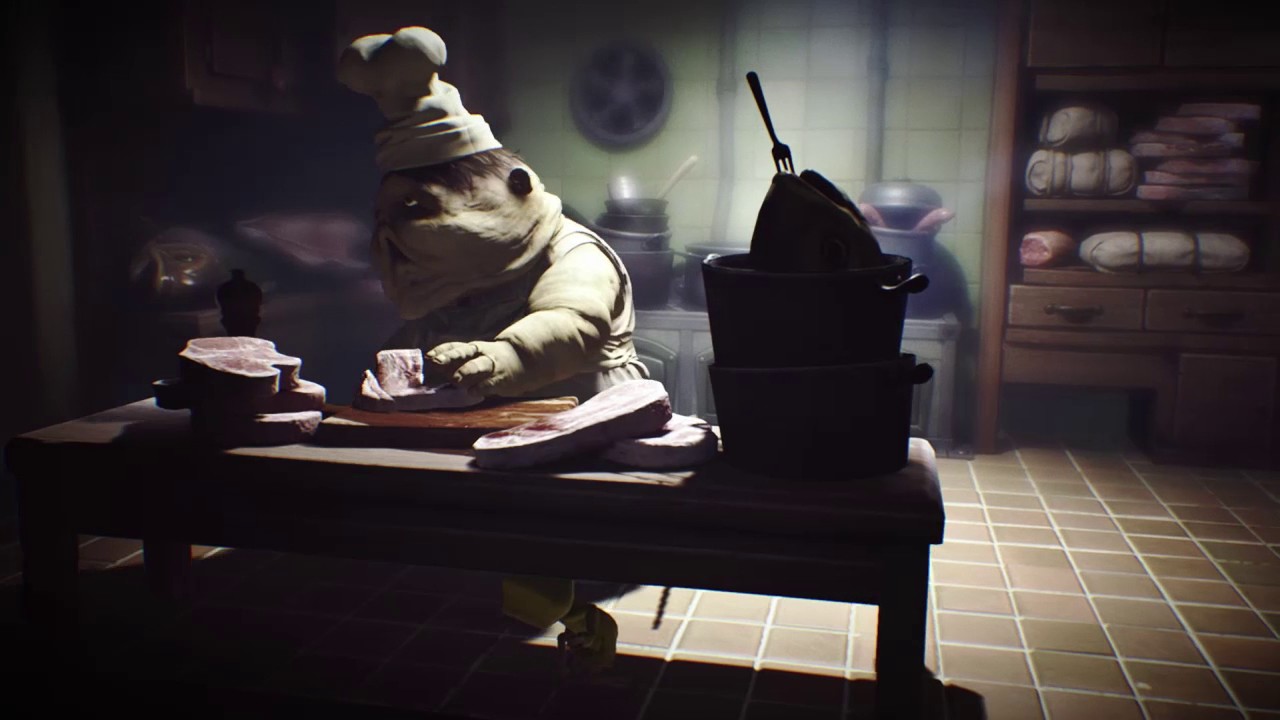 How Tarsier Studios toes the line between adorable and upsetting.

It’s finally arrived… ‘release week’ is now upon us. That thing developers look forward to and dread in equal measure. Today, you’re free to lock yourselves away, with the lights off and the curtains drawn, and bathe in the primary colours and warm, cuddly characters of our lovely new game, Little Nightmares! It’s been over half a year now since we last spoke about the game here, so I thought it might be nice to talk a bit more about how the game has evolved since its inception and how this evolution has informed our approach. Before we do, here is a nice treat introducing the graceful Lady — the ruler of The Maw and the biggest threat to Six’s survival.

As you may already know, Little Nightmares was actually born under a different name – Hunger – a name that was designed to reflect the themes that we would be exploring. These things are of course still present, but the game naturally evolved over time, turning into more of an exploration of childhood, primal fears, and how it feels to try to survive in a world that was built and run for others.

One of the ways we’ve tried to encapsulate this feeling is through the dialogue — or rather, the complete lack of it. Sure, it’s required a new way of thinking in the way Little Nightmares’ story is conveyed, but it was also integral to creating and maintaining that total sense of detachment and isolation you feel when taken out of your comfort zone. If the monstrous residents of The Maw could talk, and if Six could understand them, she is instantly less out-of-place. There is a comfort in communication that we wanted to withhold, because Six is not welcome here, she doesn’t belong here, and this was a perfect way to convey that. But of course, there is a great deal you can do with visual storytelling too, especially when you have an Art team that never fails to impress with their talent and imagination!

The art style of the game has rightly drawn attention as one of the game’s standout features, but it’s not just there to look pretty (alright, “pretty” isn’t quite the word, hopefully you get my meaning). The visual language of Six and the residents is just one example of how we’ve tried to convey these ideas I spoke about earlier. There is a clear contrast between Six – with her stark colour, small frame, and clean, simple shapes – and the rest of this world, which is not only outsized, but also more organic in shape, and presented in a totally different colour palette.

And, of course, let’s not forget the audio design, which in my opinion has done a magnificent job in making you feel as lost and alone as Six does. The, thoughtful subtle touches from Tobias and Christian, our Audio wizards, have done so much to underpin the story of Six and The Maw.

Something as simple as the light slap of her bare feet fighting to be heard amidst the heavy, industrial machinery of The Maw, can speak volumes about the scale of the task lying ahead. As is always the case with games, if you don’t shout everything from the rooftops, there’s a worry that some things may be misunderstood, or missed completely; but our hope is that it will slip past your eyes and ears and go directly for your subconscious!

Little Nightmares is out today on PS4. You can download it here.