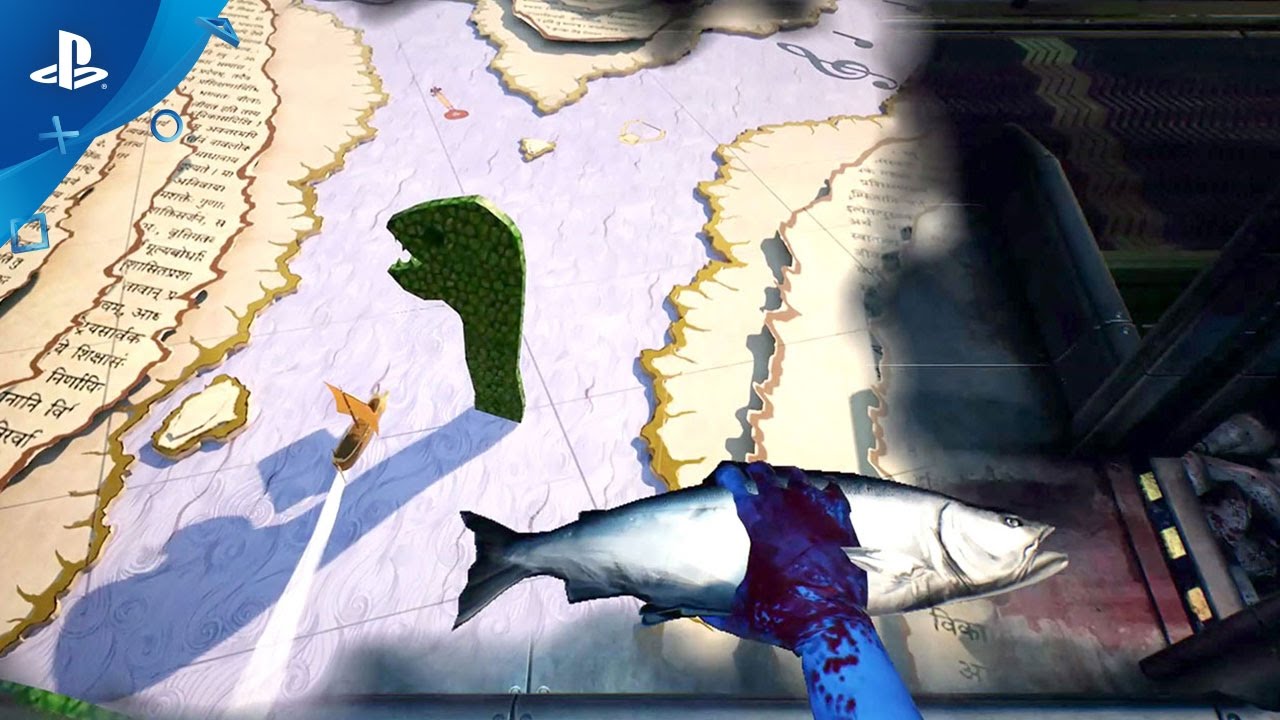 Even Giant Sparrow has a hard time describing exactly what their second game is.

Today our game is available on PS4! We’ve spent 4 years working on it but I still have trouble describing it.

The short version is easy. What Remains of Edith Finch is a collection of playable short stories, each following a different member of the Finch family at the moment of their death.

The long version is… complicated.

Originally, we were trying to make a game about awe, about what it feels like to see something that’s simultaneously astonishing and overwhelming. Like being at the bottom of the ocean or in the middle of a dark forest.

But awe is tricky. It’s personal. Seeing a gorgeous sunset in person might fill you with awe but a picture of a sunset just feels like a cheesy greeting card.

So instead of a game about awe we made a game about the experience of awe. Rather than trying to evoke awe directly, we’ve made a collection of stories about people being overwhelmed and given players a chance to see the world through their eyes.

Since it’s easier to evoke a sense of awe when it’s something you’ve never seen before, we’ve tried hard to make each story unique. For characters that meant adding lots of little details (often pulled from our own personal lives) to help them feel like real human beings. For game mechanics we focused on controls that were unlike anything we ourselves had ever seen before (but that were also easy to pick up, which was hard).

All of which is to say, we spent 4 years with everyone on the team (sometimes as many as 15 people), cramming in bits of themselves and at the same time trying to make this all feel somewhat cohesive. It helps that families and houses are inherently chaotic so the work of many hands actually added a believable sense of life and the passage of time.

Somehow the game evolved into an exploration of death, family, stories, childhood, history, and many other elements I’m only dimly aware of. But hearing players talk about their experience after they finish the game it sounds like they played the thing we were trying to make. I don’t understand how it all works, but it does.

It’s eerily similar to what happened on our previous game, The Unfinished Swan.

When you’re making something, assuming it’s going well, there’s a point where you can feel things starting to come together. Often that comes after a long phase when it seemed like none of this was ever going to work so the joy of seeing it gel is mixed with a lot of relief that it’s working at all. After the initial rush dies down then the whole team spend months (or years!) fixing and polishing it, giving it to playtesters to try, then polishing it some more based on their feedback.

Then something weird happens. You look up and realize that every corner of the world is covered in tiny, wonderful details.

Sometimes it’s as subtle as the angle a rocking chair is turned so that it subconsciously guides players to see a photograph they otherwise would have missed, and sometimes it’s as obvious as a room-filling mural that inspires just the right tone of confusion and wonder.

When I look at our game now I’m not just immensely proud of it, I’m intimidated by it.

I see how much energy and discussion and thought went into this world and I think, “Man, we are so incredibly lucky this came together so well. I’ll never be able to make something like this again.”

Now that it’s over, I can’t pretend to understand our game any more than I could hope to fully understand the people who made it. All I know is that I sincerely appreciate how much everyone gave to make this game what it is. Whatever that is.

I hope it’s an experience you’ll never forget and one you’ll have as much trouble describing as I do.