A Beginner’s Guide to Games of Glory, Out Today on PS4 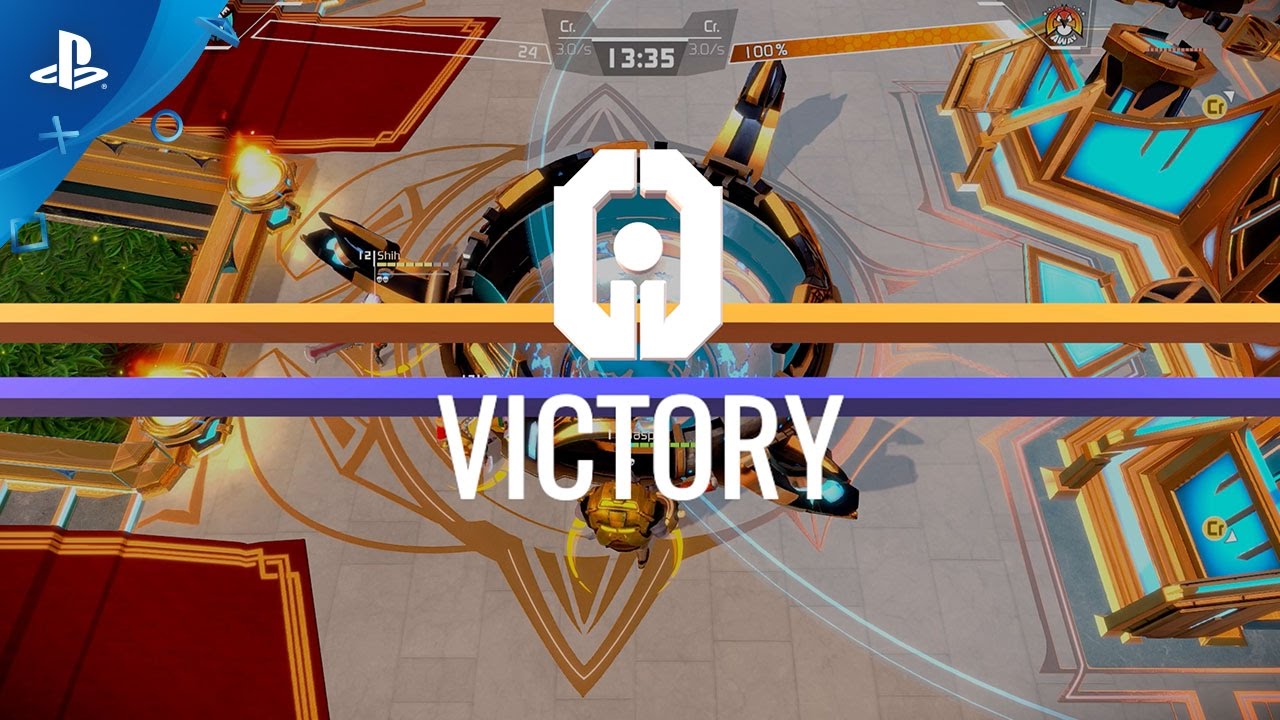 The top-down team shooter launches today on PS4, and it's free to play. Study up with this in-depth guide from the team at Lightbulb Crew.

Finally! Games of Glory is launching on PS4 and is free to play! Games of Glory is an intense, competitive, multiplayer top-down team shooter. Two teams will confront one another in the futuristic arenas of the Synarchy. The Synarch, the mysterious leader of the intergalactic empire, organizes the Games of Glory. The outcome of these games will influence the future of the universe.

As a Clone controller, your role is to take the helm controlling the Clone of a legendary fighter. Each Clone possesses three unique skills, which you, the controller, will unlock and upgrade throughout the course of a match as you accumulate experience.

Clones can be grouped into five major classes:

The role of a Carry is to inflict heavy damage over time, with ranged weapons across long distances. The carry compensates for its feeble defenses with heavy damage and adept use of weaponry.

The Assassin is a solitary creature, forever seeking isolated targets with few remaining hitpoints to inflict a maximum amount of damage in a minimum amount of time.

Massive and slow, the Tank will use his body to block incoming shots as well as hinder the team’s adversaries, all the while absorbing a maximum amount of damage to protect the rest of his team.

The speediest of the five classes, the Scout can advance rapidly into enemy territory to place traps, capture objectives, or prevent stragglers still making their escape from reaching safe cover.

A Support’s abilities, which will often include healing, makes him a vital aide to his team and a nightmare to his adversaries. No team is truly balanced without a Support Clone. A Support will maximize the efficiency of all of the classes cited above.

In addition to the use of their abilities, each Clone can equip up to two weapons at once – one melee and one ranged – which can be selected from among a wide range available in the shop.

Weapons are bought at the beginning of a match. Once purchased, weapons can be upgraded in two ways throughout the course of the match:

Weapons are not Clone-specific, so it is up to you to decide which combination suits your style! For example, Deadball, an inmate from the asteroid prison known as the Dead-End, can use a modified hammer weapon to slow his adversaries and make up for his reduced speed, coupled with a shotgun that will pull adversaries hoping to escape right back towards him. Or, why not play him with some laser knuckle-dusters to destroy the adversaries’ armor, followed by sizzling rapid fire from the flamethrower. The choice is yours!

Arkashan is a city-planet, capital of the Synarchy. Its arena, where the Games of Glory are held, are located within the Synarch’s own gardens.

The goal of the Arkashan arena is to destroy the enemy’s energy core. But first, your team will need to deactivate the force field guarding the enemy base. This is done by capturing and holding the three Victory Points placed along the middle of the map. Each point captured will do damage to the enemy force field.

A few points of advice to keep in mind on this map:

Our second map, Svandia’s Foundry, is available through the custom game menu, but is discouraged for new and/or beginning players.

Clubs are teams that allow Controllers from across the galaxy to unite underneath the same banner. Any player can join a Club! Once you have reached level 5, you can even create your own. It’s a great way to play together with friends.

If you are not yet part of a Club, not to worry! Mavericks are welcome here too. You can always personalize your Clones by choosing a skin and an accessory to dress him up. Be unique!

That’s all for now Clone controllers. We hope this guide has been helpful — see you in the arena!