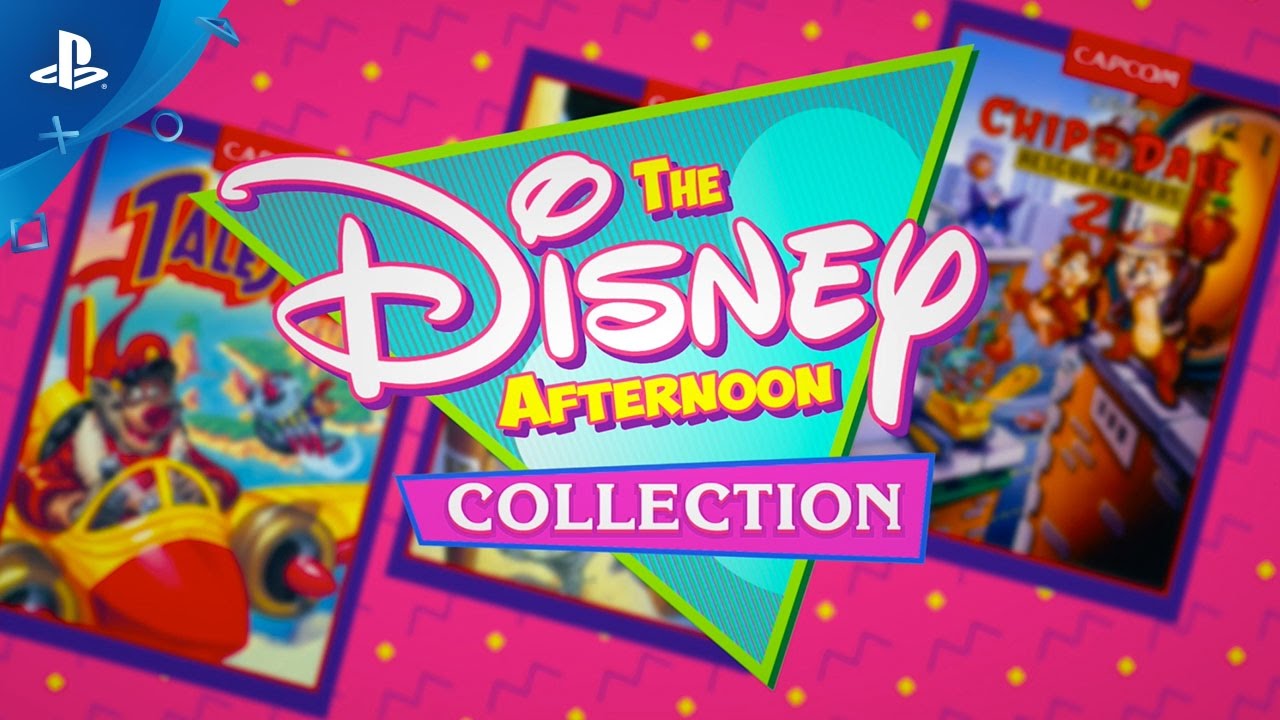 Did you know DuckTales has an ending for finishing with $0?

Out today on PS4, The Disney Afternoon Collection is here to celebrate everything that made being a 90s kid great! This throwback pack of six classic 8-bit Capcom-developed games based on characters from Disney TV shows includes DuckTales, DuckTales 2, Chip ‘n Dale Rescue Rangers, Chip ‘n Dale Rescue Rangers 2, Darkwing Duck, and TaleSpin. These six games, plus new ways to play and more are available at PlayStation Store beginning today for only $19.99.

The late 80s and early 90s were a different time for gaming. When games were released in the 8-bit era they were known to have a challenging edge, and we didn’t have the internet yet for when we needed tips to make it to the next level. To celebrate the launch of the collection today, we’ve compiled a list of eight bits you wished you knew when you were a kid. Thanks, internet.

In the Amazon level of the first DuckTales, there is a point where you need to rack up $300,000 throughout the level to proceed to the boss. However, there is a way around this. If you move backwards and lure one of the enemies into the statue room, you can time a careful cane pogo jump to bypass this. This will allow you to progress AND keep all money you’ve earned in the stage up to this point!

DuckTales – Scrooge in the Sky with Diamonds

The Capcom-developed Disney games often had hidden areas scattered throughout their levels, and DuckTales was no exception. One well-kept secret was the hidden treasure trove in the sky. Throughout your journey you will notice that Launchpad McQuack will offer you rides back to Duckburg. He normally will just bring you back to the level select screen, however, if you hitch a ride back with exactly $70,000 in your pocket, he will drop you off in the sky where Gyro Gearloose will drop precious diamonds that are free for the taking.

Much to the surprise of many gamers who played these games back during their original release, there were actually three different endings in DuckTales. There was the regular ending that most players got by completing all stages and defeating the final boss. Another would unlock if you amassed a fortune of over $10,000,000 in treasure. The most difficult ending you can get though is one that requires you to lose all of your money.

This ending is challenging to get because you need to make it to the final level with exactly $6,000,000 in your account. Once in the final stage, refill your health bar twice by hitting select after taking damage and your balance will be $0. Beat the final boss and you’ll get this ending.

For my last DuckTales tip, let’s take a trip to the beloved Moon level of the game. There is a section in this level blocked by an obstacle that only Gizmo Duck can break through after you find his remote. There is a way to get past this without finding his remote, however. If you lure a space duck enemy to you when approaching the pillar, and turn to face it just as it hits you, Scrooge will be pushed through the pillar, allowing you to proceed without finding the remote. This trick will be useful for players who want to perfect their speed running skills in the new Time Attack mode.

One of the best parts of the Rescue Rangers games is that you can play two-player couch co-op with a sibling or friend. Hidden within Rescue Rangers 2 are mini-games that are accessible only when both Chip and Dale players are present. In the sewers of stage 2 there is an area that you can only access by running and throwing either Chip or Dale. Once you’re in this area, you and your partner can step on two switches to open up an entrance to a secret Basketball mini-game.

As with the other games in this collection, there are several hidden areas throughout Darkwing Duck that you can access to get a higher score and power up boost! To find these areas, shoot where the entrances are hidden and get ready to grab as many treasures and items as you can in a short amount of time.

7. TaleSpin – Get Ready to Kick Some Cloud

In TaleSpin, you play as Baloo the bear flying the famous Sea Duck plane. If you find the secret entrances to special stages though, you’ll get to take a break from flying to surf through the clouds as Kit Cloudkicker. You’ll get a limited amount of time to burst all the balloons and collect as much fruit as possible. The first stage’s secret entrance can be found by shooting at a block of cargo boxes near where you first encounter Don Karnage. Keep searching throughout the rest of the game to look for more secret entrances and get your fill of fruit!

Some of the DuckTale games’ hidden rooms contain bonus diamonds, but there are also some that contain permanent health increases for Scrooge. One room in particular is pretty easy to find due to an often referenced quote about an ‘illusion wall’ in the Transylvania stage in the first DuckTales. While you’re bouncing around, try moving through walls and you just might find some extra HP that will help you in your fight against the end of level boss.

These are just a few of the tips and tricks that gamers who experienced these titles growing up might have not known about. Relive your childhood and keep exploring these classics in The Disney Afternoon Collection and you just might find something you never knew about before!