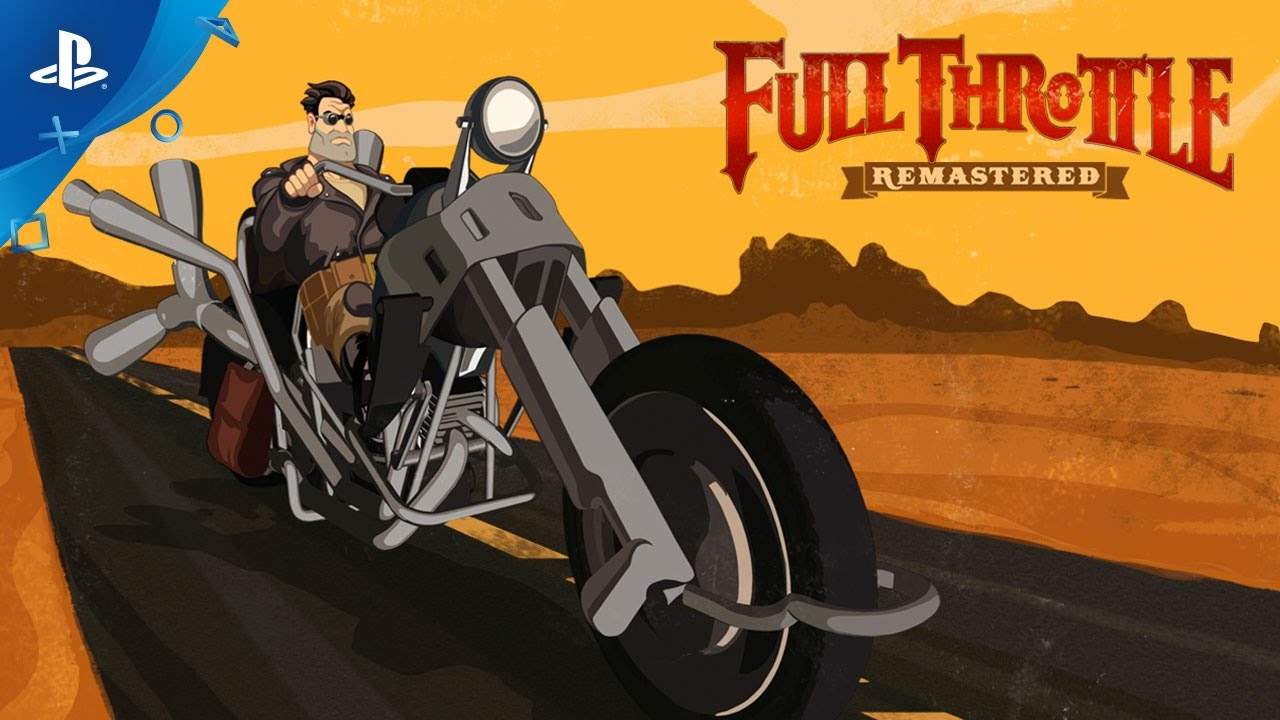 Full Throttle Remastered is out today, 22 years after it first hit store shelves back in April of 1995. It tells the tale of Ben Throttle, butt-kicking leader of biker gang the Polecats, who gets caught up in a tale of motorcycles, mayhem, and murder.

Full Throttle was Tim Schafer’s first game as sole project lead at LucasArts, and just like his other Lucas games, Day of the Tentacle and Grim Fandango, it soon became a beloved cult classic. We’ve already remastered those other two, and with this one we complete the trilogy of Tim Schafer LucasArts games.

It’s a good thing that we left Full Throttle last, too, as it’s the most complex one of them all — an ambitious project at the time, it has twice the number of backgrounds and twice as many frames of animation as Day of the Tentacle, and combines both 2D and 3D artwork where those other games stick with just one.

To remaster Full throttle we’ve redrawn all of the artwork by hand, and expanded it from 4:3 to 16:9 which meant consulting with concept artist Peter Chan to help us draw in previously unseen parts of every single scene. We recovered all the old, fairly crude 3D models and beefed them up using modern techniques. The original voice sessions were recovered from ancient tape drives to provide cleaned up, uncompressed sound, and we worked with The Gone Jackals, the band who provided the soundtrack, and with composer Peter McConnell to do the same for the music.

We’ve detailed all of this in the built in commentary mode, and curated a huge pile of old concept art to browse through, too.

Something we’re especially excited about is that if you have a PS4 Pro you can play Full Throttle Remastered in 4K! That’s quite a hefty upgrade from the original 320 x 200 resolution…

We’re really proud of how all of these remastered games have turned out. We’ve tried our hardest to preserve the original intent of the people who made them 20 years ago by involving them at every turn, and we think that really comes across as you play. Whether you’re a fan from the old days, or have never played before, we really hope you enjoy Full throttle Remastered — out today on PS4 and PS Vita.

Oh! As an special bonus we’ve bundled a dynamic Theme with the game for free! It even has a fancy day/night cycle hooked into the system clock. Make sure to check out our new launch trailer to see more!