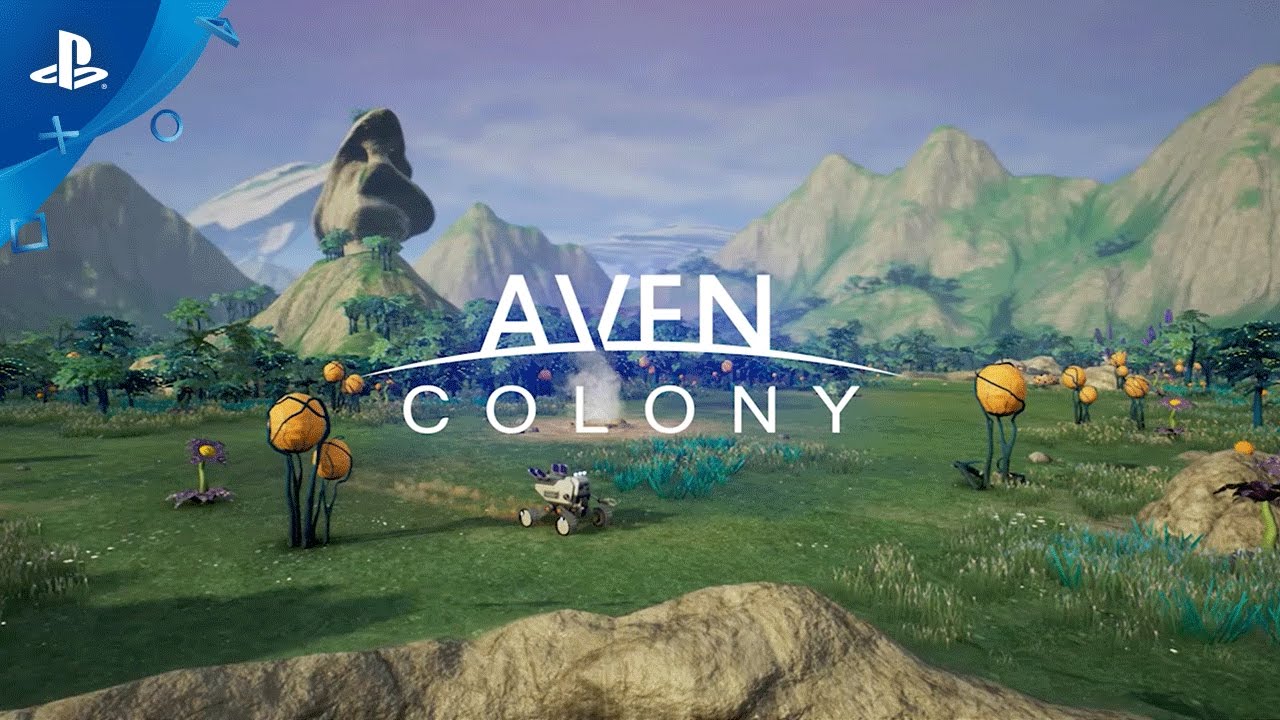 Guide the expansion of humanity’s first settlement on a mysterious alien world in this city builder, headed for PS4 later this year.

Aven Colony is a non-traditional city-builder. Our goal is to make you feel like the governor of humanity’s first settlement on an alien world, lightyears from earth and 500 years in the future, growing a tiny, vulnerable colony on an exotic world into a massive, sprawling sci-fi metropolis. Along with that, you need to deal with all of the survival challenges that this hostile alien world presents.

On the one hand, we designed Aven Colony to be easy for city-builder fans to pick up and play immediately, and we did an incredible amount of due diligence on the best standards across the city-builder genre. We felt strongly that we wanted to embrace and extend some of the best city-builder genre conventions wherever possible, rather than trying to reinvent the wheel.

At the same time, Aven Colony has a strong emphasis on survival, and taking place on an alien world that’s often hostile and works very differently from Earth. This meant that quite often, traditional genre conventions do not apply – “where we’re going, there are no roads.”

Unlike any other city-builder, Aven Colony lets you collect and activate alien artifacts, pack your colonists into expedition vessels and send them exploring outside the colony, and build plasma turrets and lightning towers and other buildings to protect your colonists from creep spores and plague spores. Your plasma turrets can even shoot the weather, in the form of supercooled hailstones (“shard storms”).

Time and seasons also pose a challenge on Aven Prime. As the Aven Expedition has landed on a moon that circles an alien gas giant, the world has a very different day and night cycle from Earth, with time divided into “Sols” lasting approximately one Earth week. Each Sol is divided into seasons, and the “winter” season (nighttime) features cold winds, frost and snow, and dramatic lightning strikes that can damage or destroy buildings. It’s possible to counter this by building Lightning Towers that will protect the colony and shuttle the electricity from the strike into any Energy Batteries you may have.

The traditional city-builder fire mechanic also posed unique challenges. Most city-builders include a mechanic where some buildings occasionally catch fire and will spread across the city if there aren’t enough fire stations to put them out. Colonies in Aven Colony are constructed with nano-scale carbon-metallic nano-cubes called “nanites,” which aren’t flammable. This, combined with Aven Prime’s low oxygen levels, meant that a traditional fire mechanic wouldn’t work.

As a substitute, we designed an alien fungus called “the creep.” This is an aggressive alien life form that lacks sentience or consciousness. From time to time, creep spores head toward the colony, glom onto your buildings, and spread over the surface. There are several defenses against the creep, including building Scrubber Drone Hubs to remove them using special flying scrubber drones, as well as Plasma Turrets that can eliminate them before they land.

We began working with concept artist Nate Hallinan to mock up the Creep and quickly arrived at a version that we loved, and the version that ended up in the game ended up being surprisingly true to the concept art.

If you’re not careful, creep spores will quickly turn all of your colony’s structures into a big, writhing mass of nasty fungus patches and flailing tentacles.

Later in development, we also added a few “Guardians,” such as the hover guardian shown below. These robots were left behind by the species that once lived on Aven Prime, and the player will occasionally encounter them when sending adventurers outside the colony using expedition ships.

We also wanted colonies to be threatened from underground. In the current version of Aven Prime, the sandworm often appears in desert maps. We designed the sandworm to be very threatening, with huge “teeth” that extend out from the sides of its mouth and an acid attack that can damage the colony’s buildings. Although Sandworms rarely do too much damage to a colony, they’re a frequent reminder that we’re not in Kansas anymore.