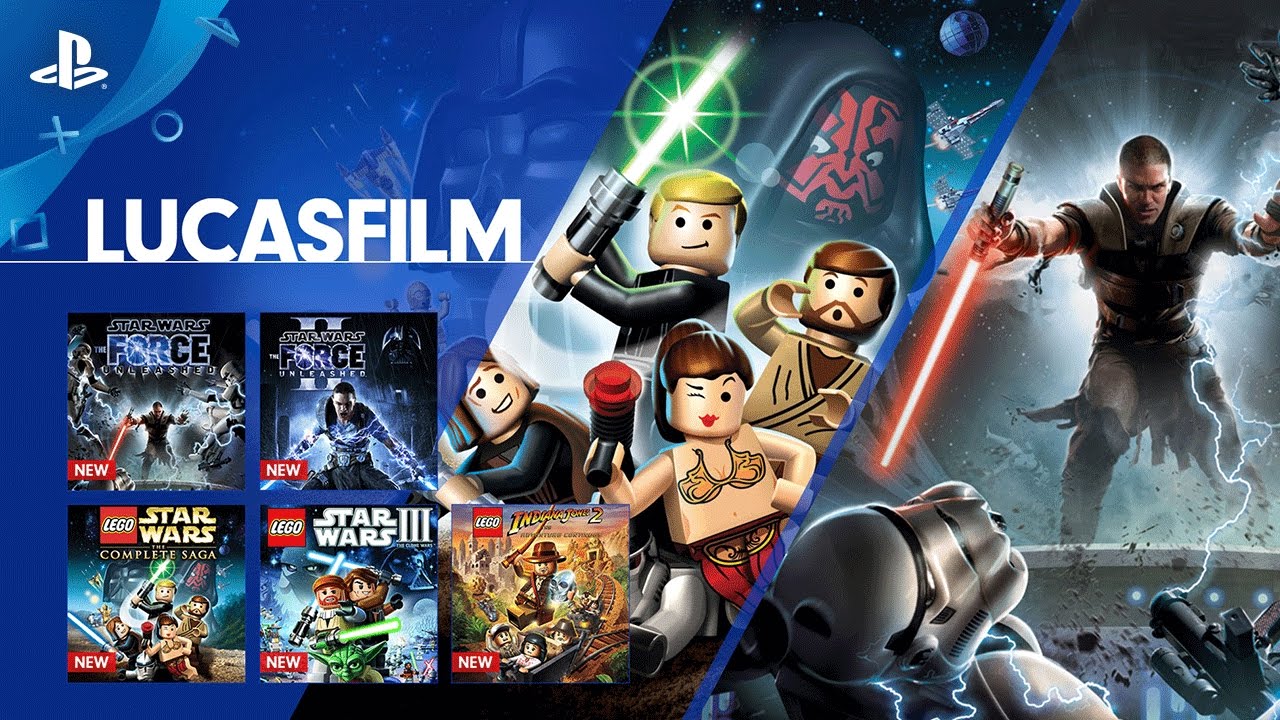 Six games from Lucasfilm are coming to the PlayStation Now subscription service starting today, adding to the library of nearly 500 games.

Relive the magic of all six original episodes of Star Wars movies, recreated in the whimsical and always fun LEGO style, with LEGO Star Wars: The Complete Saga. Continue the adventure in the sequel, LEGO Star Wars 3: The Clone Wars.

Take on the role of Starkiller, Darth Vader’s secret apprentice trained to hunt down and destroy Jedi, in Star Wars: The Force Unleashed (Ultimate Sith Edition) and its sequel.

As always, PS Now supports local 2P co-op, which is a great way to experience the above LEGO Star Wars and Indiana Jones games.

Here is the full list of games available as of today on PlayStation Now:

If you’re a fan of LEGO, PlayStation Now has plenty more to check out:

If you’re new to PS Now, the service offers access to a large and ever expanding lineup of games for one low monthly price. Since the service is based on our cloud streaming technology, you can access the entire catalog of games, select one, and start playing quickly without needing to wait for downloads. Also, PS Now uses cloud saves, letting you start a game on PS4 and continue playing on Windows PC (or vice versa).

If you haven’t given the service a try yet, we have nearly 500 PS3 games in the service and will be adding PS4 games to the lineup this year. Now’s the perfect time to give it a spin with the seven-day free trial on PlayStation 4 and Windows PC.

Here’s a list of some of the most popular games on PlayStation Now during March: