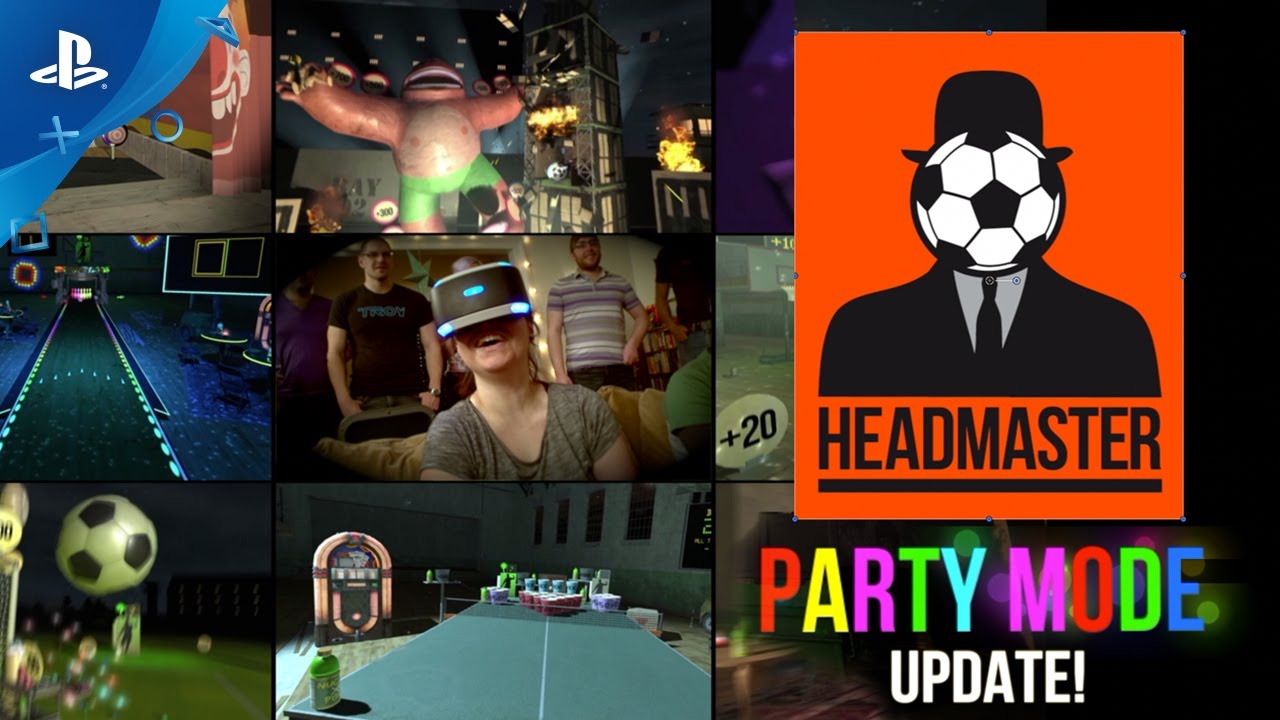 PlayStation.Blog! It’s been almost 2 years since my last post announcing our improbable VR game Headmaster back at E3 2015.

Headmaster launched alongside the PS VR in October alongside several excellent reviews. We focused on a single-player campaign for players to get lost in, but also managed to sneak in a local multiplayer mode with one preview level. It lets two to six players take turns in VR trying to get high scores. For being an incomplete part of the game, the response to this mode has been incredible.

This got us motivated to over-deliver when filling it out, and today we’re pumped to launch the Party Mode Update!

When you play Headmaster on a PS4 Pro it’s like you’re wearing a new set of eyeglasses. We were able to turn the final rendered image up to 2x supersampling with MSAA. For a game that’s about looking into the distance to judge things flying at your face, it makes a big difference. It runs at 90 frames per second on PS4 and PS4 Pro, but on the Pro it is now noticeably sharper.

We’ve renamed the local multiplayer to Party Mode and made even more levels than we teased at launch. Some are remixes of existing elements, and some are completely new. These new ones like Big Monkey and Robert’s Room are on the scale of the Exams in the single-player game.

One thing I’m really excited about with these levels is that they are surfacing the crazier elements of the game outside of progression so even more people can see what Headmaster is all about.

We also added an oft-requested feature to let you enter your initials when you get the All-Time High Score for a Party Mode level on that PS4. This is great for household rivalries or for getting screenshots of your score to post online.

Lastly, we’ve gone through and eased up some of the tougher levels. Lesson 31 in particular was tripping many players up. If you got stuck in the story campaign it’d be a good time to check back and continue your quest to graduate from The Football Improvement Centre.

A huge thanks to all of our fans! Your enthusiasm for Headmaster really drove us to pack this free update with as much as we could. We hope you enjoy these additional levels when playing PS VR with friends and family.