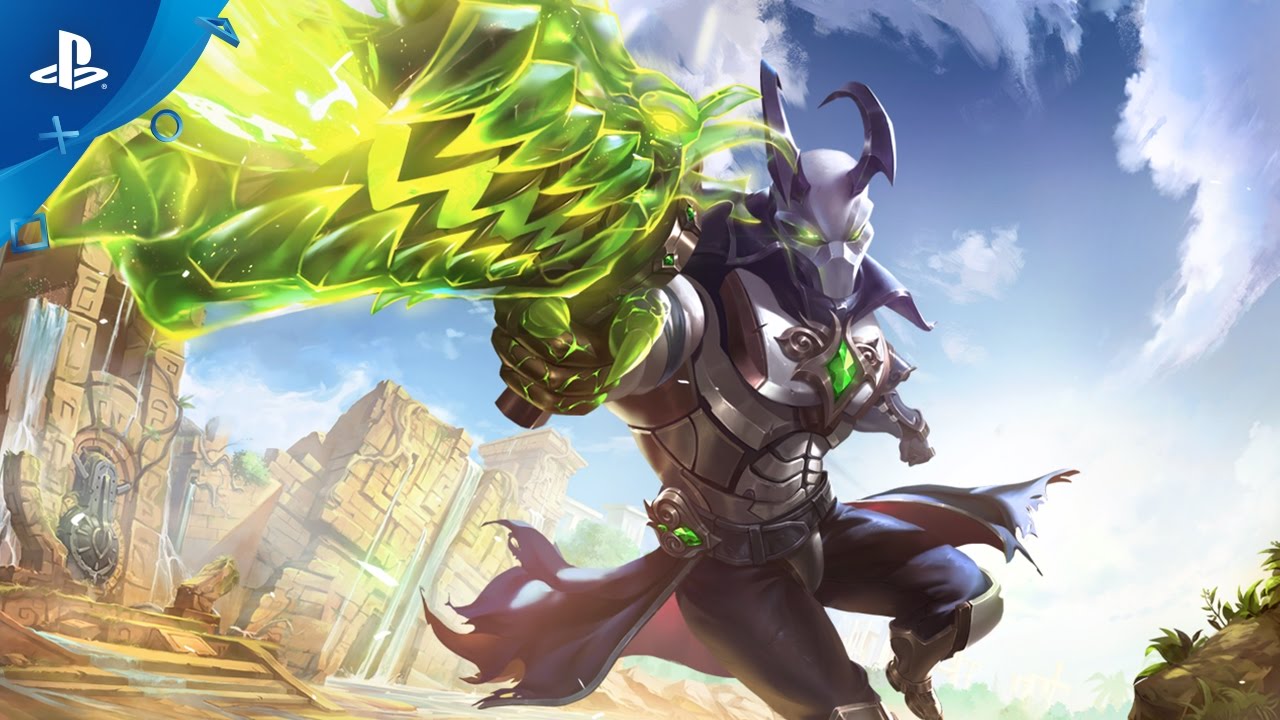 PS4 teams can qualify to compete in DreamHack Valencia this July for a shot at the $50,000 prize.

We’re happy to announce that the Paladins Closed Beta starts today… and you could earn a free trip to Spain.

Never heard of Paladins? It’s a fantasy, team-based shooter. It’s a world of knights with flamethrowers, dragons with rocket launchers, and furry alchemists who turn enemies into chickens. As you can probably tell, we don’t take ourselves too seriously.

But Paladins is a game that has a lot of depth and customization compared to other hero shooters. It’s a game where you can play how you want to play.

You can build your own loadout of cards to amplify and augment each Champion’s core set of abilities, so he or she becomes exactly the Champion that you want to play. And your Champion looks exactly how you want him or her to look, thanks to our multi-part skin system.

How Can I Play?

Easy: starting today, you can buy the Paladins Founder’s Pack at PlayStation Store!

As a welcome gift to new players dying to get into the Realm, you can get the Founder’s Pack for just $15 through March 28. That’s 25% off… and PlayStation Plus members will get an even better discount!

The Founder’s Pack doesn’t just give you Closed Beta access. It also includes:

One big note: the Founder’s Pack only gets better as more Champions are released, and we release Champions all the time. We’re on track to release at least 15 new Champions this year!

Don’t have $15 to spare at the moment? Don’t worry — like all Hi-Rez Studios games, Paladins will be free-to-play for everyone when it’s released into Open Beta at a future date. In the meantime, you can sign up for a Beta code here.

Since we first announced Paladins was coming to PS4, we’ve heard the same question over and over: “Can I play competitive Paladins on PS4?”

Today, we’re happy to reveal our answer is a resounding yes. You and your friends could win the $50,000 Paladins Console Wars at DreamHack Valencia, July 13-16 in Valencia, Spain!

So to sum it all up:

That just about wraps it up. We’ve just got one question left: are you ready to defend the Realm, Champion?