Hello PlayStation Pilots! As the team is getting ready to ship out Live Fire, our next free update for Titanfall 2 players, we wanted to check in with some details on this brand-new mode you’ll be playing when it drops on February 23.

Live Fire is a new mode for Titanfall 2 with lightning fast, six-on-six Pilot action. It brings competitive, close quarters combat to the forefront. A round-based mode with no respawns, you have one minute to eliminate the opposing team in order to win the round. You can also win the round if your team is holding the neutral flag when the round timer ends. It’s fast, frantic, and sure to help hone those teamwork and mobility skills. Check out the gameplay trailer:

And that’s just a portion of what else is coming in this update. In addition to Live Fire mode you’ll also get: 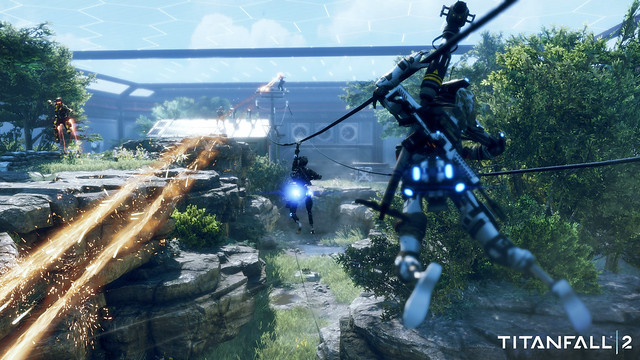 Now enjoy some wisdom from one of the designers of the mode, Griffin Dean, to get you ready to play when Live Fire launches on February 23.

Live Fire is the first of many updates we have planned for 2017. This, along with all future maps, modes, and weapons we release, will continue to be free for all Titanfall 2 players.

We look forward to seeing the PlayStation Nation on the Frontier in the months ahead!