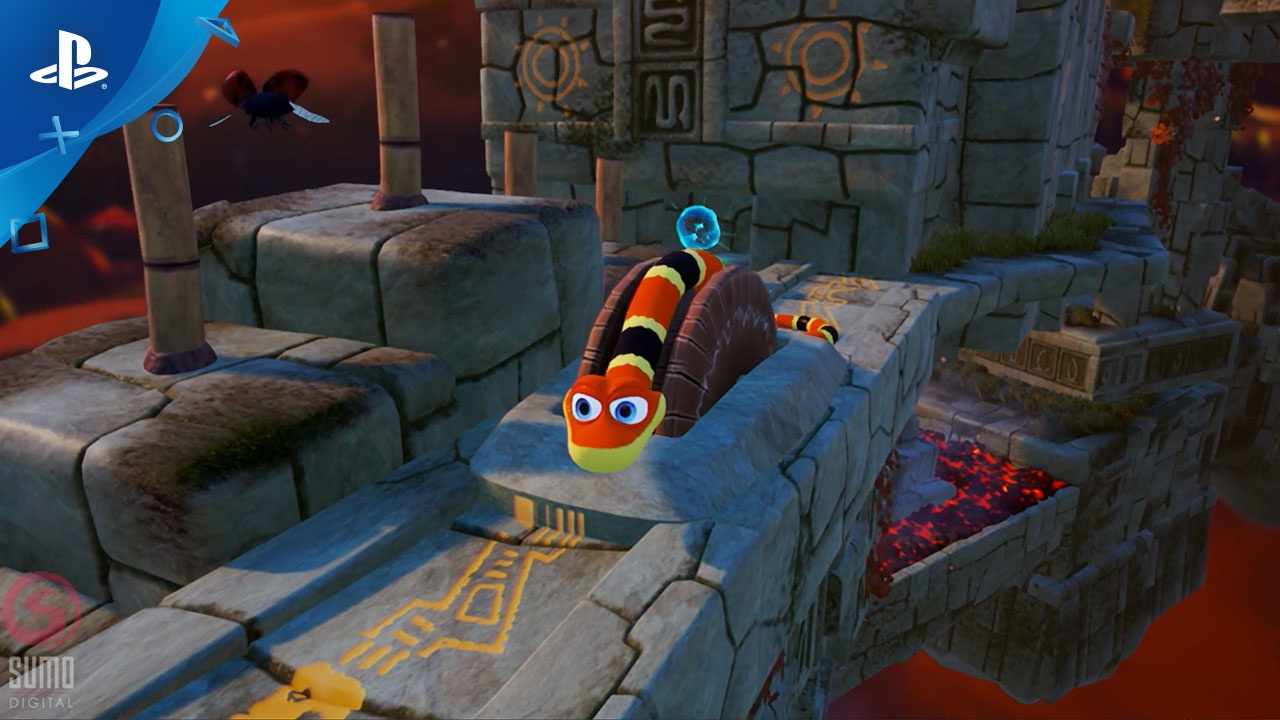 A big hello once again to the PlayStation community. James here from Sumo Digital, ready to bring you some fang-tastic news about our upcoming, physics-based puzzle platformer, Snake Pass. It gives me great pleasure to announce that Snake Pass will be slithering onto PS4 March 28!

That’s right, our serpentine adventure — accompanied by a meticulously crafted original soundtrack composed by none other than audio legend David Wise — is set to launch on PS4 at the end of next month.

This will be one of the first times players have been challenged to truly Think Like A Snake as they take on the role of hero, Noodle. Accompanied by his best friend Doodle the Hummingbird, players will be setting out on a puzzle-filled adventure where it’s up to them to solve the mystery that has beset the ancient land of Haven Tor.

But wait, there’s more! I’m also excited to announce that Snake Pass will feature PS4 Pro enhancements on launch day. Ever since we showcased Snake Pass at PlayStation Experience back in December and had the chance to see PS4 Pro in action ourselves, it quite quickly became a no-brainer for us. Snake Pass is already a visual pleasure, but adding PS4 Pro support has given us a chance to add another level of depth to the vivid and lush world of Haven Tor.

For those of you on a 4k monitor, your PS4 Pro will let you take advantage of all the sights and sounds that Snake Pass has to offer. Don’t worry, we didn’t forget about you guys on a normal, high definition display. Viewed on a 1080p monitor, Snake Pass will feature a whole host of performance improvements that make the game stand out so much more. Those of you that have invested in HDR televisions will instantly notice the world pop just a little bit more. It’s honestly a sight you need to witness yourselves.

P.S. We Love You XOXO

Since our unveiling last year, we never in our wildest dreams expected to receive as much support from the community as we have done to date. For those that came to hang out and meet the team at PlayStation Experience — thank you. We hope you love the game as much as we have loved making it.

Snake Pass will be available for PS4 on March 28 in the US.