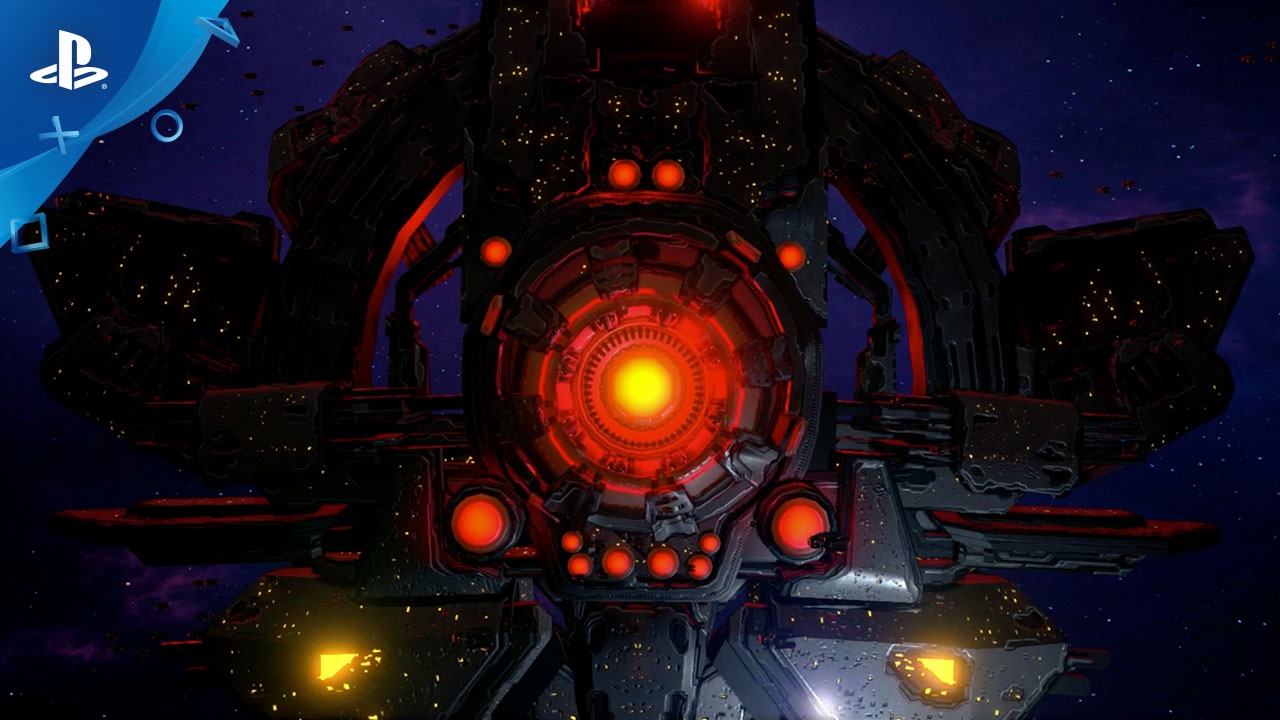 Hello PlayStation fans! My name is Petr Ciesarik from Grip Digital, and we’ve teamed up with Joe Mirabello from Terrible Posture Games (Tower of Guns) to bring you a new, fast-paced FPS called Mothergunship. We’ve been working together for about a year now, and we’re excited to share a little bit about our game.

Mothergunship is a game where we push the player to his or her limits with action. At its heart, the game is a straightforward concept: fight your way through the invading armada of alien ships, destroying each one from the inside, as you work your way through to the final Mothergunship boss. Sounds simple, right? Except the levels are randomly generated, the game throws wall after wall of bullets at you, the levels are littered with hazards, and mammoth bosses await you at the end of each ship.

We’re not saying much more than that regarding the story just yet, but it’s as ridiculously over-the-top as the gameplay. As a quick teaser, it’s highly likely you’ll be able to play as a mad scientist, a fish, and a Scottish terrier (a very underserved niche in gaming). This is a game focused on blowing up weird looking machines, and to do that you’ll need all the firepower you can get. So let’s talk about crafting.

Crafting is one of the core concepts behind Mothergunship. It doesn’t involve finding components and recipes like a lot of crafting mechanics in games. In Mothergunship, crafting is a fast and fun process — a bit more like playing with building blocks. Throughout your adventures you find a variety of pieces: barrels, splitter parts, special “cap” pieces, etc. You can combine these pieces in any way you like, grafting barrels all over the place and building up a gun with the stats you want.

We’ve seen modular crafting systems like this in slower-paced space games where you can build out component-based spaceships, but we believe this is the first time an FPS has incorporated this kind of crafting into their guns, and the result is delightfully ludicrous; twelve-barrel lightning guns, shotguns that fire rockets, etc. It’s a system that’s very fun to play and encourages experimentation.

These crazy guns and impressively challenging arenas are only a part of the picture for Mothergunship. We’re also building this game to be playable co-op; that means you’ll be running through these crazy ships with a buddy, blasting robots and admiring each other’s impractical (but completely devastating) guns. There’s more to it than just that, but for now I’ll keep it brief.

It’s been a fun game to build so far, and we look forward to telling you more about what makes Mothergunship unique.